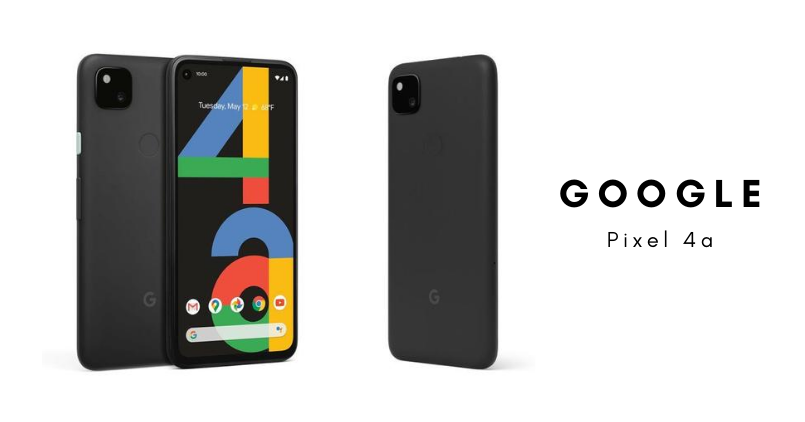 Google has announced the launch of its all-new Pixel smartphone today. The much-awaited Pixel 4a, the lighter version of the Pixel 4 is here. This new Google Pixel smartphone will be available in the US first and will later be followed by availability in India in October. The Pixel enthusiast would have to wait in India to buy this all-new Pixel phone. Let’s take a look at the specifications and pricing of the all-new Pixel 4a.

Sporting a compact design, it will come with a 5.81-inch with what Google a transmissive hole (punch-hole design). It will have a Full-HD+ resolution with features like always-on, now playing, HDR, and true black level with full 24-bit depth for 16million colours. Notably, it’s an OLED panel with 443 ppi pixel density.

The Pixel 4a will be available only in one colour, just black, and comes with an 8.2mm thickness and weighs at 143 grams. Speaking about the battery life it has a 3140 mAh capacity battery with 18W fast charging and USB Type-C charger with 18W charging speed and USB-PD 2.0.

Speaking about the processor, it is powered by a Qualcomm Snapdragon 730 chipset and is accompanied by Adreno 618 GPU and Titan M Security module. The phone will come with a 6GB of RAM (LPDDR4x)and 128GB of storage (unknown storage type). Coming to the camera department, the rear end offers a 12.2MP dual-pixel tech-powered camera. There is an OIS, optical image stabilisation support on this camera. It comes with 1.4-micron pixel size and f/1.7 aperture size. On the front end, it has an 8MP selfie camera with an f/2.0 aperture size and 1.12-micron pixel size.

As far as the audio experience is concerned, it has a stereo speaker setup, 2 microphones, and noise suppression. The device supports Bluetooth 5.1, NFC, Google Cast, GPS, GLONASS, BeiDu, and a bunch of more navigation systems. It has a rear-mounted fingerprint sensor.

On the software part, it will be running on the Android 10 latest update with Google assistant and lens. A minimum of three years of OS and security updates are promised as a standard affair on any pixel phones, and Pixel 4a adheres to that as well. Notably, it supports ARCore too.

Google Pixel 4a – Price and Availability