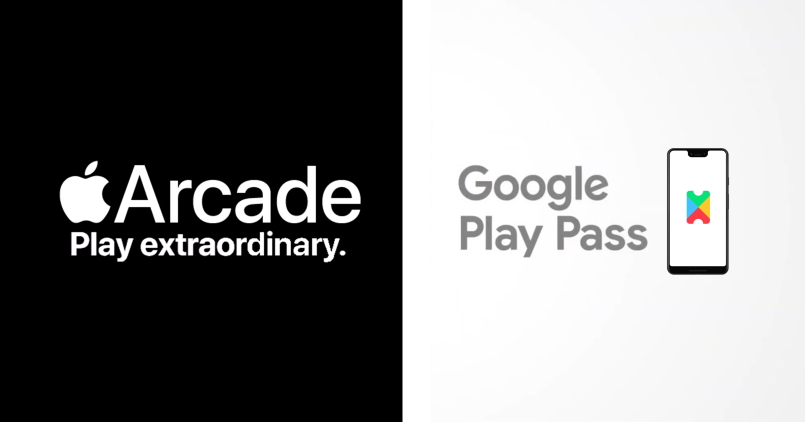 It wasn’t long ago that Apple announced Apple Arcade alongside its new range of iPhone 11. However, it’s been almost a year that we’ve been hearing rumors about Play Pass from the company’s nemesis. And well, it’s finally here. Google has launched the Play Pass service for its users at a price similar to Apple’s. In terms of features, both services are similar. They allow users to access a whole library of apps (and games) by paying a monthly fee, after which they can enjoy the apps without any ads or any extra paywalls. However, head-to-head, Play Pass and Apple Arcade do have some differences. So, which service gets it right, and what all is different between the two? Let’s take a look in this quick comparison.

The Apple Arcade membership comes as the company’s latest service which is to be available on to their OS updates, that is, iOS 13, iPadOS, and macOS Catalina. Considering it is Apple we are talking about, it shouldn’t be an issue since the new OS update will be pushed out to most of its devices. You can check out the full list of devices that will get the new OS updates here. As for Android, Google still supports a lot of legacy devices. It understands that not everyone has updated their device to the latest Android version. As such, the Play Pass service will be compatible with mobile, laptop, and tablet devices with Play Store version 16.6.25 and above, and Android version 4.4 and above.

Apple sees Apple Arcade as a push for its gaming service. The Arcade service includes a ton of games already available on the Apple App Store, as well as certain titles developed for the subscription service. As of this writing, Apple has a library of about 100 titles. One thing to note is that Apple Arcade is just for games. On the other hand, Google’s service aims to provide over 350 apps and games to users who opt for the subscription. By comparison, Google’s service seems to be much broader.

The Apple Arcade membership is available for everyone running the latest OS updates from Apple. The service is priced at $4.99/month with a free trial for one month. Game add-ons and updates come with the subscription, which covers up to six family members. The service is available in over 150 countries. On the other hand, the Google Play Pass is only live for consumers in the US, with international availability to be announced later on. The Play Pass is also priced at $4.99/month but Google is also offering a 10-day free trial. Post that, you can sign up for a discounted $2 per month for a full year before the regular price kicks in. Similar to Apple Arcade, family managers on Play Pass can share access with up to 6 total family members.