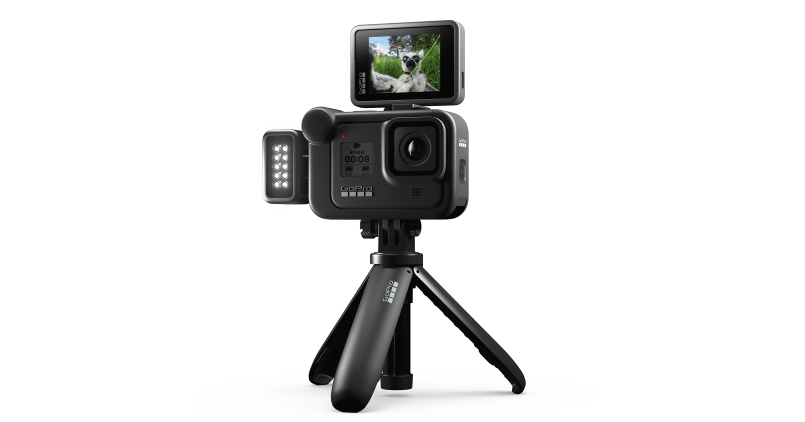 GoPro is one of the biggest brands in action cameras, and they’ve got a couple of more products for their Indian consumers. The company has launched its brand new set of action cameras for 2019. Namely, the GoPro Hero 8 Black and GoPro Max Action. Let’s see what they’re all about.

The GoPro Hero 8 Black is the successor to the Hero 7 Black. It features a front-facing microphone for better audio. There’s a single flap on the right that houses the microSD card slot, battery and USB Type-C port. It comes with a Media Mod that features a built-in shotgun microphone and two cold shoe mounts for a secondary display and LED fill-light. It features a Type-C port, HDMI and one for an external 3.5mm microphone.

The Display Mod is an external 1.9-inch display, which can fold in the front or back. The Light Mod is waterproof up to 10m and helps brighten the scene or your face when vlogging in low light. Additionally, there’s a Boost mode which, crops the frame a bit more for even more aggressive stabilization.

The GoPro Max Action is the upgrade to the GoPro Fusion. It borrows features from the Hero 8 Black such as foldable mounting finders, dual lenses for 360 video and photo capture and 360-degree audio capture thanks to the presence of six microphones. It allows you to use a single lens at a time, so it can be used as a traditional action camera or a 360-degree camera, depending on your use case.