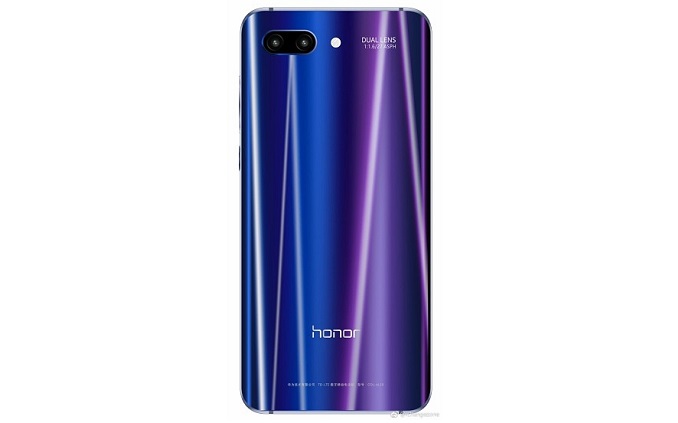 We expected Honor 10 leaks to ensure the brand’s April 19 launch date announcement. And here we are with a high-res render of the Honor 10. There was a similar teaser that surfaced earlier but this gives us a much clearer magnified look at the magnificent Twilight colour.

Looking at the image above, we’re sure the Honor 10 will be a head-turner at least for its blue-purple colour. The shades are somewhat different from the Twilight colour but the concept is the same. The rear panel will definitely be made up of 3D glass with a metal frame surrounding all sides. The handset’s model number is also visible at the bottom as COL-AL10. 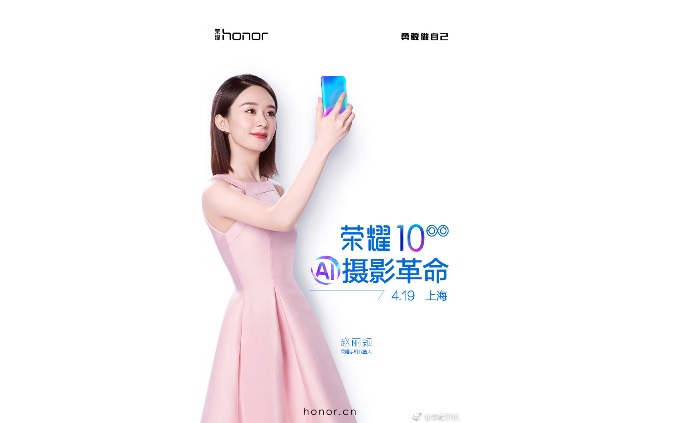 Thanks to the HD image, we get a close look at that horizontal dual camera setup. And the “Dual Lens 1:1.6/27 ASPH” text suggests that this might be the first Honor phone to come with Leica sensors. Now, this is an interesting possibility. There is no fingerprint reader present on the rear at least not in these renders. But Huawei is used to putting fingerprint scanners on bottom bezels.

As for other components, the Honor 10 is largely expected to rock the Kirin 970 chip. Yesterday’s presser also teased AI features to be present on the phone. It is already known that the Honor 10 will feature a notch on the display which is believed to be of 5.8-inches in size. If speculations are true, the handset will have a 4GB variant along with a premium 6GB + 256GB variant as well. The Honor 10 launches on April 19.

Are you excited about this phone’s launch too? Let us know in the comments section below. Stay tuned to  Mr. Phone and download our app to get the latest updates from the world of smartphone technology.

How has OnePlus 5T changed and aged in these six months? Have a look at it here: