Honor 20 series launch set for May 21 in London; what to expect 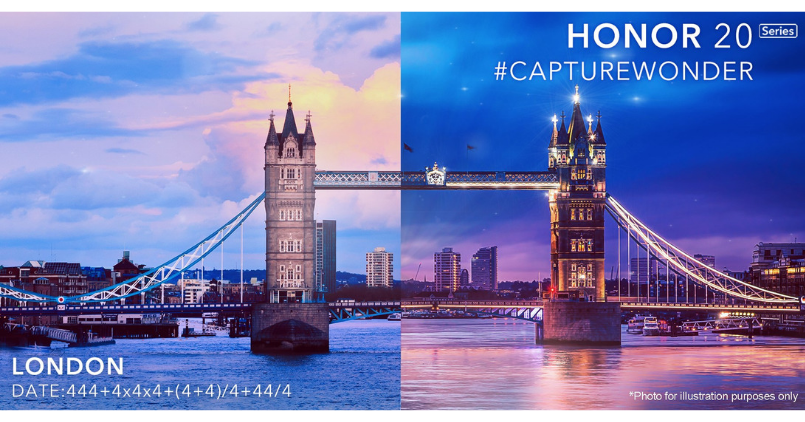 Honor is all set to bring its new flagship smartphone the Honor 20 on May 21. This time China won’t be the first to see it. The Huawei owned smartphone brand is all set to unveil this new handset series in London. Following in the footsteps of its parent company, the brand has chosen a place away from home to launch the new series. Let’s talk about the Honor 20 expectations below.

Unfortunately, there hasn’t been much information out there regarding the specifications of the Honor 20. But the launch invite itself has suggested a specification which isn’t quite hard to concur. The date was announced as a cryptic sum of “444+4x4x4+(4+4)/4+44/4”. It equals to 521, where the 5 represents the month and 21 the date.

But as you see the number “4” seems to be an important part of the event. As the brand has clearly showcased that by using it in the invite sent to the media. Further, it was hashtagged with “CaptureWonder”. Wow, isn’t that has made things much easier to explain?

The number four could easily mean that Honor 20 smartphone could be sporting a quadruple rear camera setup. It is honestly not a surprise, as the parent company Huawei has already revealed a four rear camera setup phone – Huawei P20 Pro. It has been the talk of the town and our detailed review of the phone has gone up to live as well today.

In a month’s time, Honor may repeat the same feat with a twist. Of course, it doesn’t have the Leica partnership, but we believe what it pulled off with Honor View 20 earlier this year, it can do that with the Honor 20 as well. What do you guys think? Drop your feedback in the comment section below.