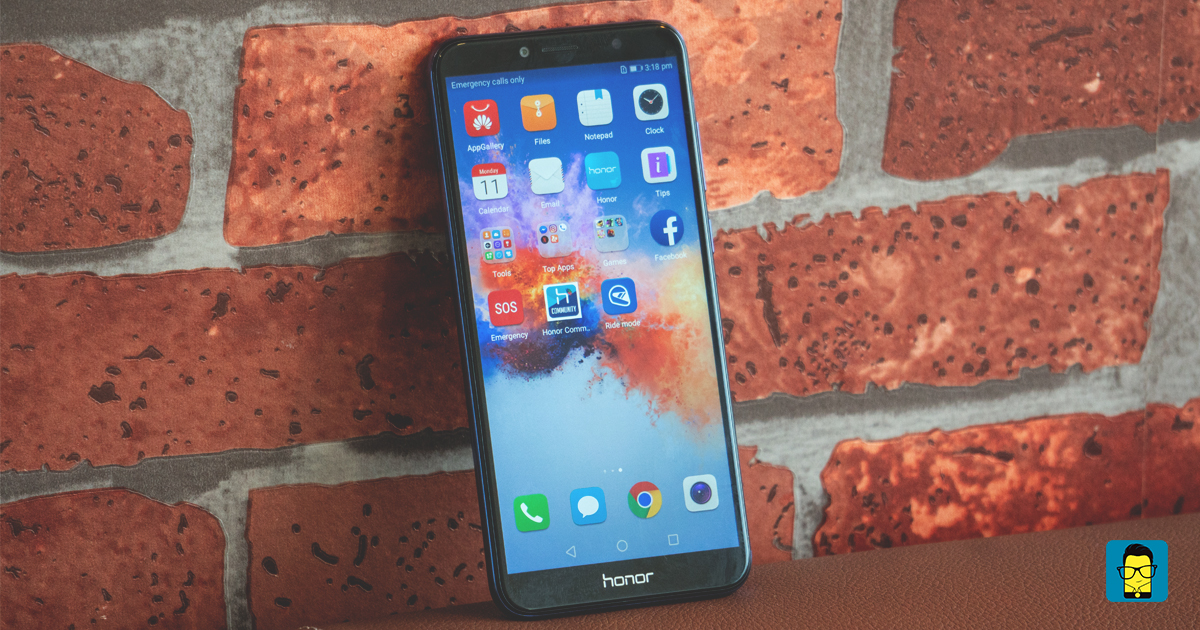 Huawei’s subsidiary Honor is on a blitzkrieg lately. Since late last year, the Indian smartphone market has been flooded with a flurry of smartphones. From the gorgeous Honor 9i to the compact Honor 9 Lite to the recently launched budget duo Honor 7A and 7C, the company has made the right strides with competitive phones. You can find a great Honor phone right from Rs 9,000 up to Rs 32,000. Such variety is obviously a major advantage for buyers.

Today, let’s take a closer look at the more affordable of the two phones – the Honor 7A. A phone that belies its price tag with a smattering of features. 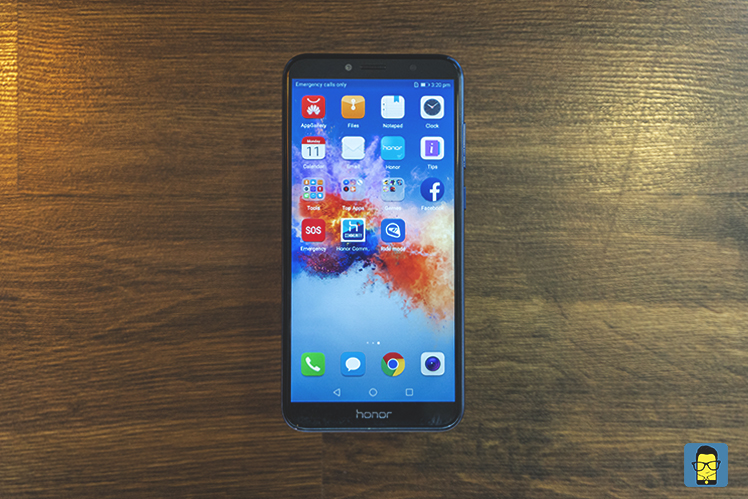 Honor 7A: oh so blue, oh so gorgeous

Our Honor 7A unit is Blue in colour. And, it looks impressive. There are very few in this price range, that look as attractive as the 7A. But that’s not it, the 7A is also available in a Black and Gold, if you fancy those colours.

One look at the Honor 7A and we bet you’d be fooled into the thinking the phone was made of metal. Honor has done a great job of camouflaging the fact that the 7A is actually made of hard but premium plastic. Such industrial design is rare and looks pretty damn good. In fact, the design of the 7A immediately reminds us of the Honor 8 Pro – a flagship phone from 2017 known for its superior design.  Evidently, that’s a very good thing. 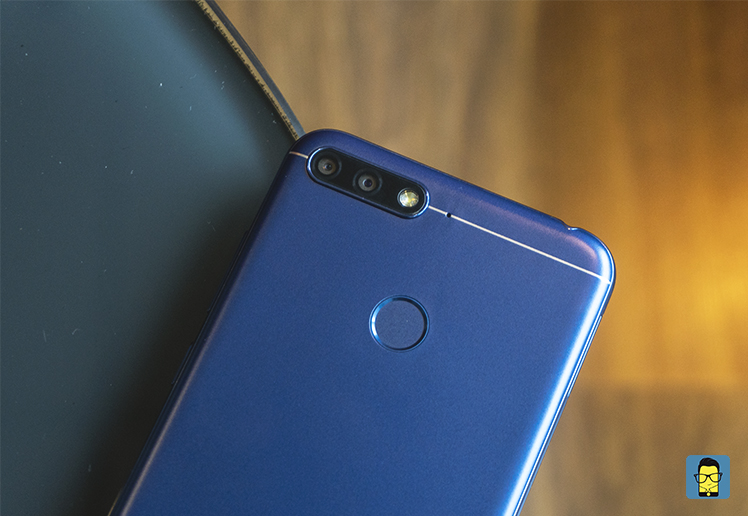 Another underrated design aspect of the 7A are the buttons on the right. You get a power button and a volume rocker, that offer a satisfying click when pressed. Such a good tactile response is something we’ve not seen in phones in this price range. Furthermore, the weight of 150g is distributed evenly across the length and the breath of the device. This makes it one of the lightest phones in this price range. Using it with one hand is definitely not a problem. 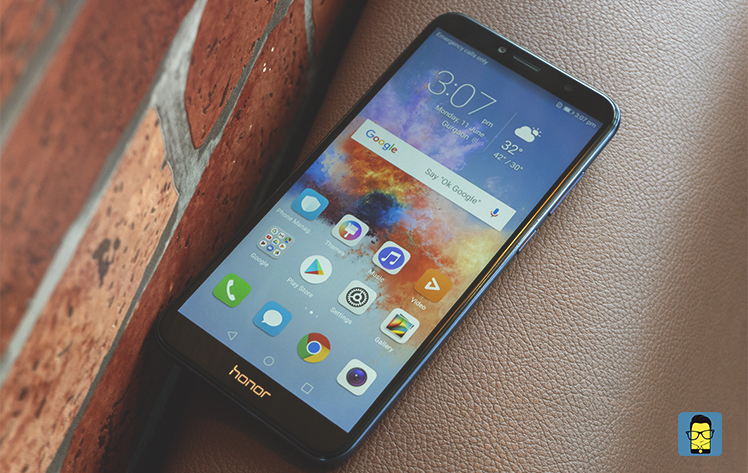 One of major USPs of the Honor 7A is the Face Unlock feature. Unlike a certain other phone in this price range that comes with only with Face Unlock (no points for guessing), the 7A also has a super fast fingerprint scanner on the rear. The Face Unlock on the 7A is easy to setup and also works well. Every. Single. Time.

Additionally, you can ask EMUI to hide sensitive notifications on the lock screen and show them only when it recognises your face. Pretty cool, right? 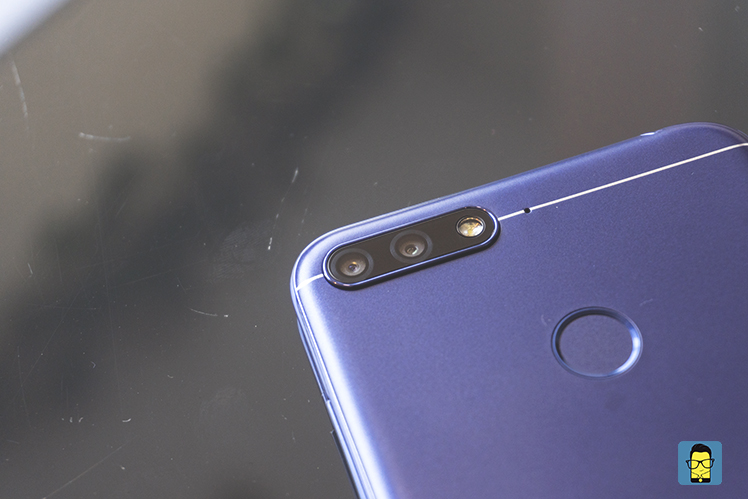 There are a handful of phones that come with dual rear cameras under Rs 10,000. And, the Honor 7A has the distinction of being one of them. It comes with a 13MP+2MP setup on the rear. The secondary 2MP camera is used to capture depth information. You can use the Aperture mode to shoot images with great depth effect.

P.S. All images have been resized for the web. 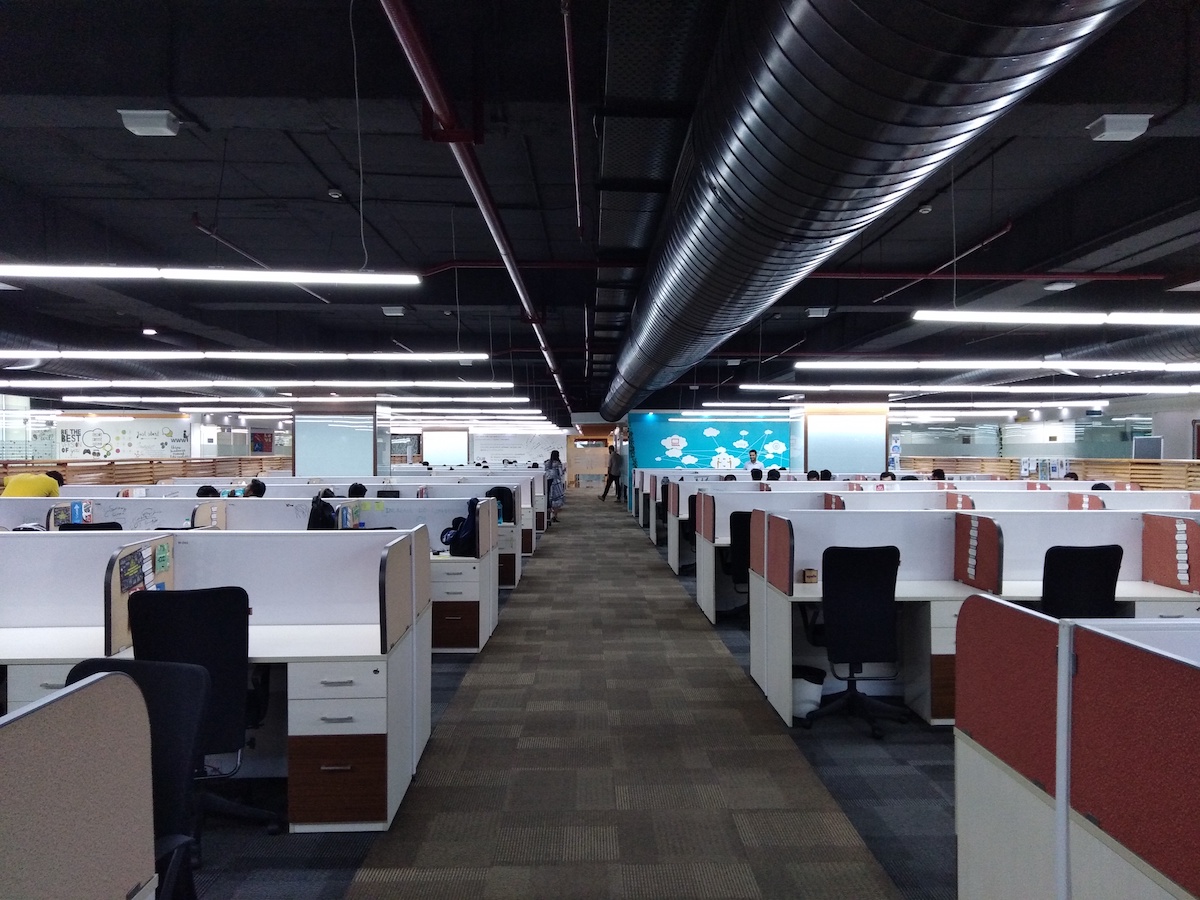 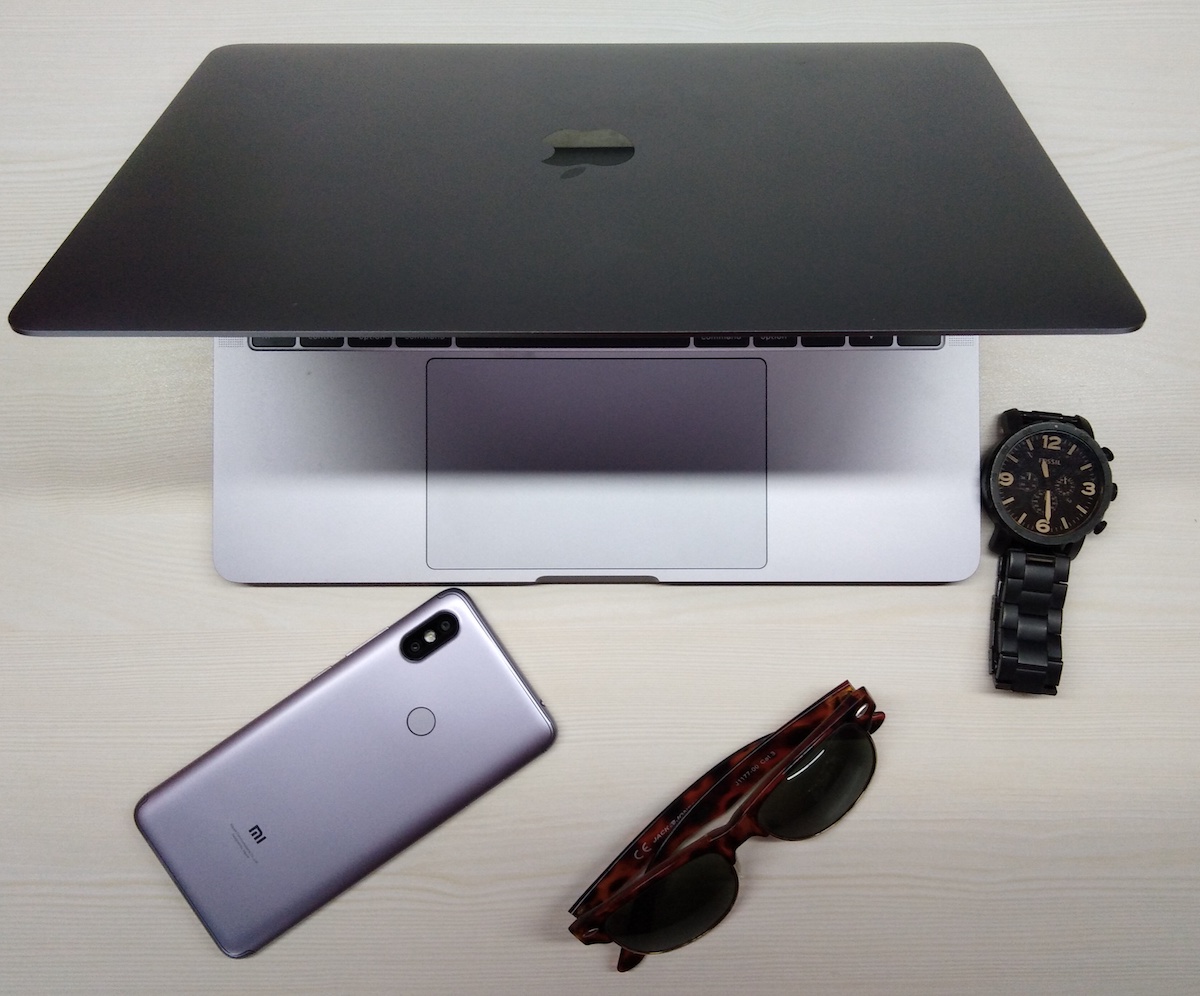 In fact, this is probably the most affordable phone we know which lets you change the depth after the image has been shot. So much fun. There’s also an 8MP front camera for those crisp selfies. Don’t forget to check out these samples clicked by the 7A. 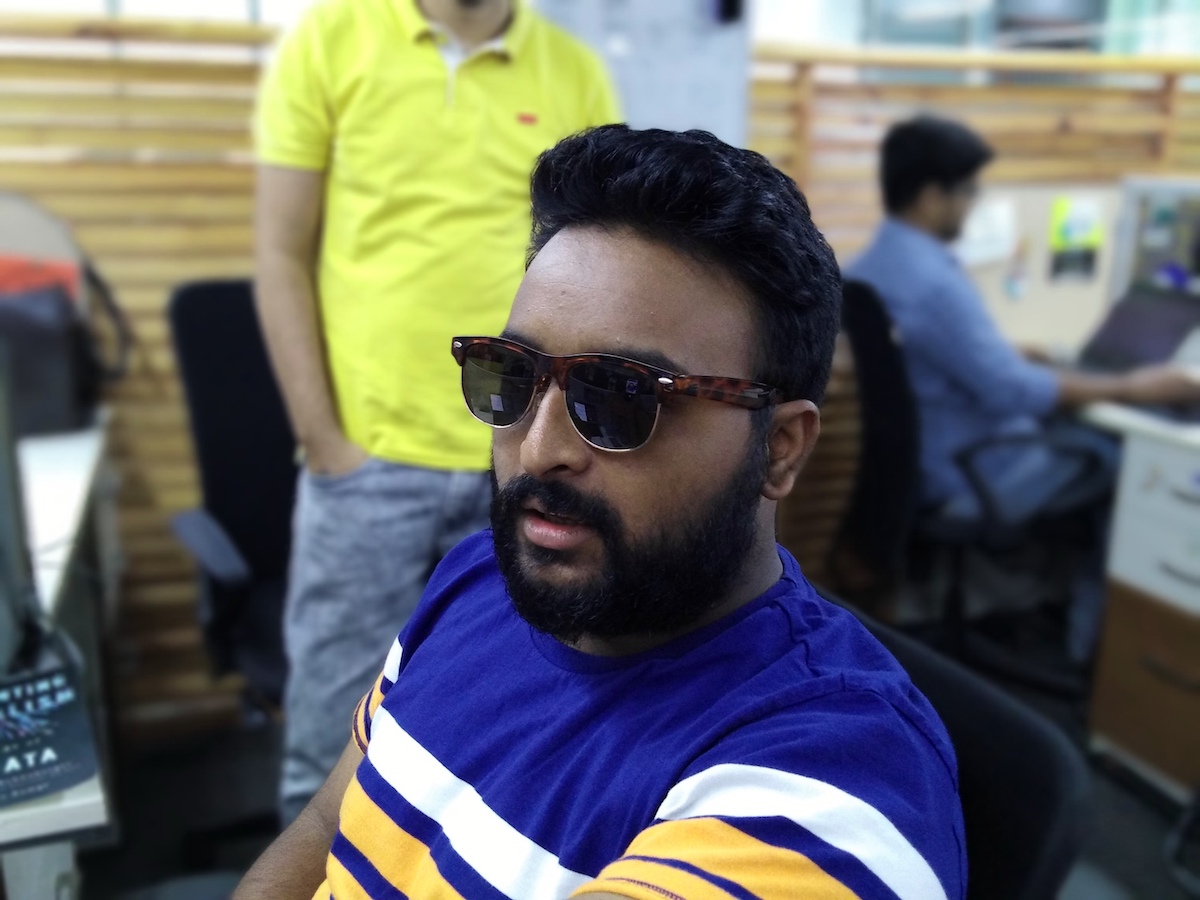 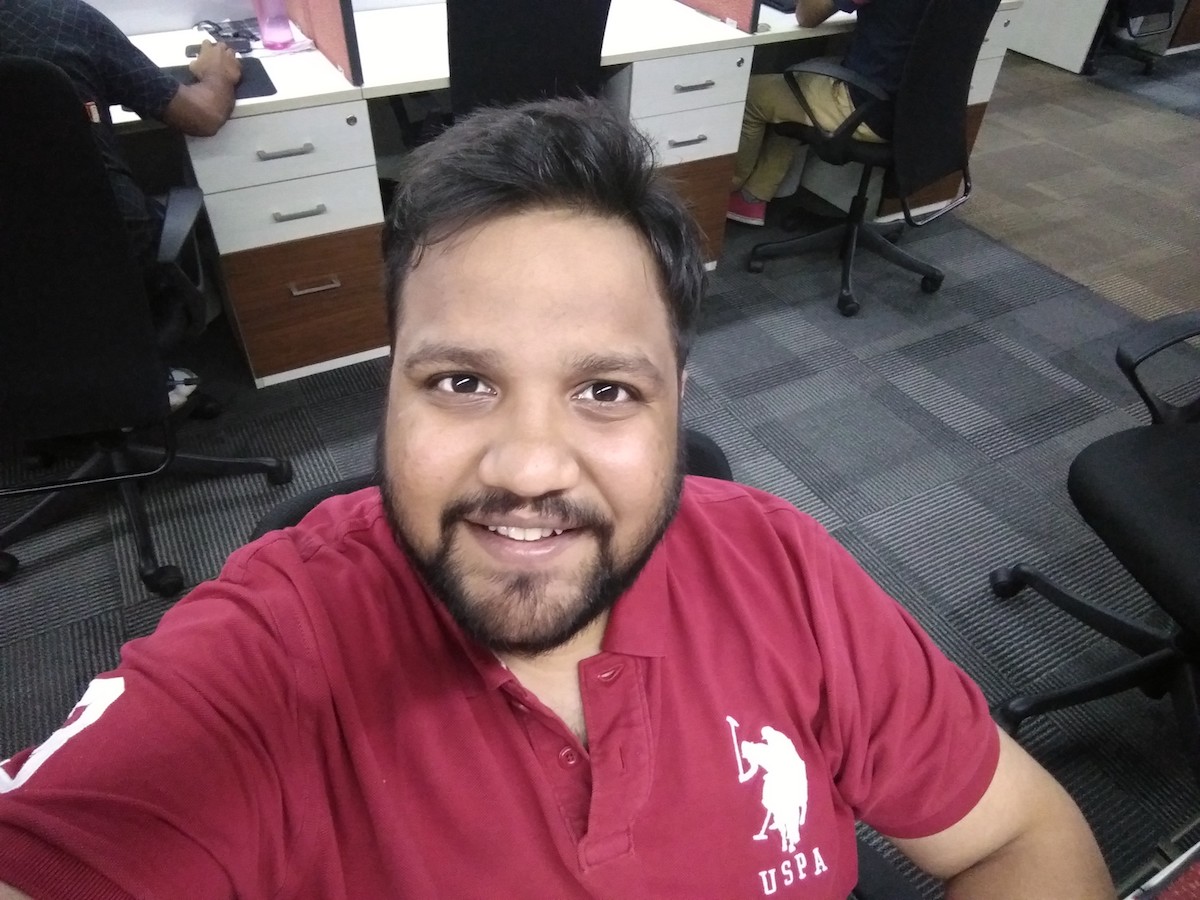 Honor 7A: powered by Snapdragon

Now, despite the low price, Honor hasn’t skimped on the internals either. You get a Qualcomm Snapdragon 430 SoC with 3GB of RAM and 32GB of ROM. This should be more than sufficient for every day usage and casual gaming as well. In my little time with the phone, I found it to be extremely fast. And, slightly furious too…for a budget phone at least. The phone draws power from a 3,000mAh battery. 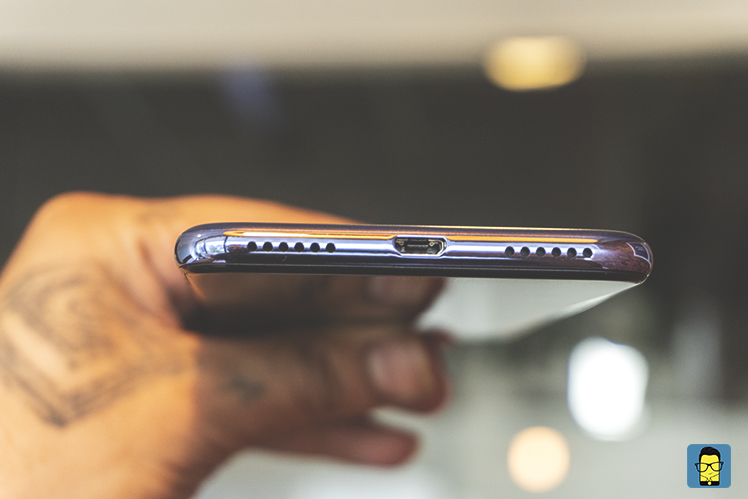 Honor 7A: the budget phone for everyone

From the very first time we took the Honor 7A out of the box, we were assured that buyers are going to get a solid budget offering. The phone is attractive with its good looks and comes with some snazzy features too. The dual cameras are definitely worth checking out and the Face Unlock feature is very rare too. The 7A is truly the phone that has something for everyone. 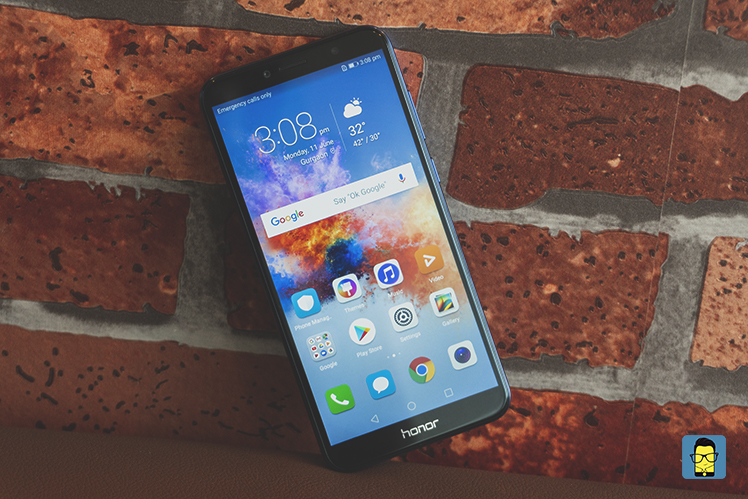 What do you think of the new Honor 7A? Do let us know in the comments section below.

An exclusive space for brands to showcase their latest and greatest tech innovations.