Honor 7A with dual rear cameras, 5.7-inch HD+ display on the cards 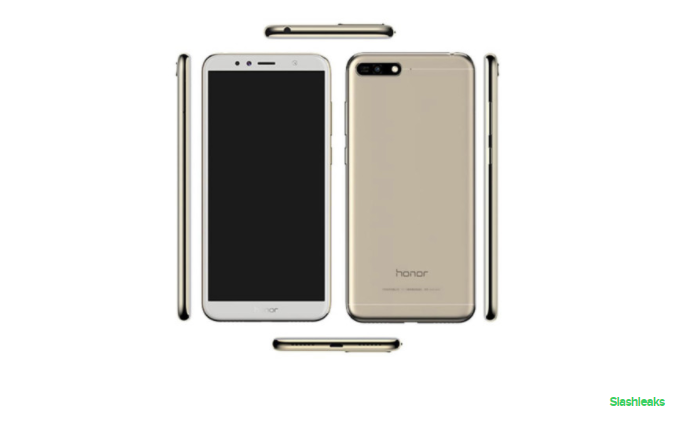 We’ve lost count of the number of mid-range smartphones Honor has announced this year. However, it shows no signs of slowing down as we’re now made aware of another one in the pipeline. A new leak concerning the Honor 7A has popped up on the Internet today revealing many of its specifications.

In terms of looks, the handset pretty much resembles the Honor 7C which launched a while ago but varies marginally in specifications.

According to that info, the Honor 7A comes with a thin bezelled 5.7-inch display bearing HD+ resolution and an 18:9 aspect ratio. Well, nearly all Honor phones this year have come with that aspect ratio. As for the camera, the Honor 7A has a combo of 13MP + 2MP shooters at the back placed horizontally. The front has just one 8MP shooter coupled with an LED flash.

Surprisingly, Huawei seems to be going the Oppo route completely forsaking the fingerprint reader on the Honor 7C. Also, the Honor 7C is believed to come with stereo speakers. But since there are none visible, it could be possible that the earpiece doubles as a secondary speaker. However, this isn’t yet confirmed.

Obviously, being such a close relative to the Honor 7A, it should also be close to it in price. The handset is projected to cost 1,499 Yuan or $239. The release is expected tomorrow in China. Do you find this phone attractive? Let us know in the comments section below.