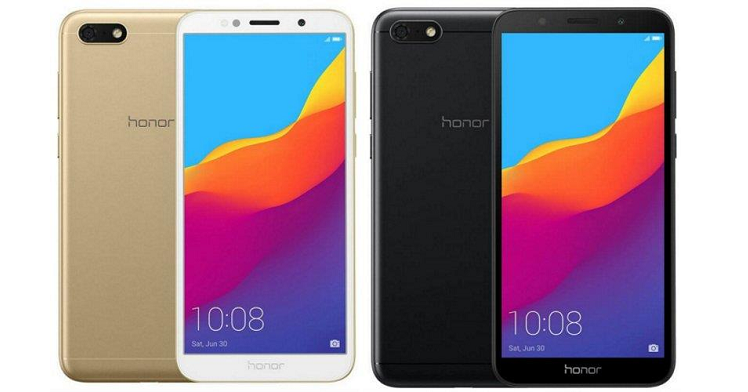 Honor has been playing it aggressively in the Indian smartphone market even before most of the brands. To fight with new manufacturers like Realme, who are aiming to take its market with the recent launch of Realme 2, the Honor has released its new sub-10K smartphone. The new handset is dubbed as Honor 7S, keeping the 7X series alive, the brand quotes that it will be selling in India for Rs 6,999 on Flipkart.

Starting with the design, the Honor is not looking to innovate in this space, as it is using the existing design of its budget-friendly phones such as Honor 7A and Honor 7C. There is a 5.45-inch HD+ resolution display, which is 18:9 aspect ratio screen. As far as the internals are concerned, it will be powered by an Octa-core processor. The chipset is identified to be MediaTek MT6739, which clocks at 1.5 GHz. It is accompanied by a PowerVR GE8100 GPU and 2GB of RAM.

If you’re big on storage, then, you might be disappointed by a 16GB of internal storage. But it makes up with the support of storage expansion via microSD card slot. The device weighs at 142g and its dimensions include 146.5 x 70.9 x 8.3mm. The battery capacity of the phone is at 3020 mAh. The photography is aided by a 13MP shooter on rear and 5MP snapper on the front, nothing fancy.

Looking at the price tag of Rs 6,999, the brand would be competing with the likes of Realme 2, Xiaomi Redmi 5, Infinix Note 5, and recently launched YU ACE. What do you guys think of the new Honor 7S smartphone? Let us know if you’d be purchasing this handset or not once it goes on sale in India.