Home | Tech News  | Honor 8A set to launch on January 8, will come with Android 9 Pie out-of-the-box

Honor 8A set to launch on January 8, will come with Android 9 Pie out-of-the-box 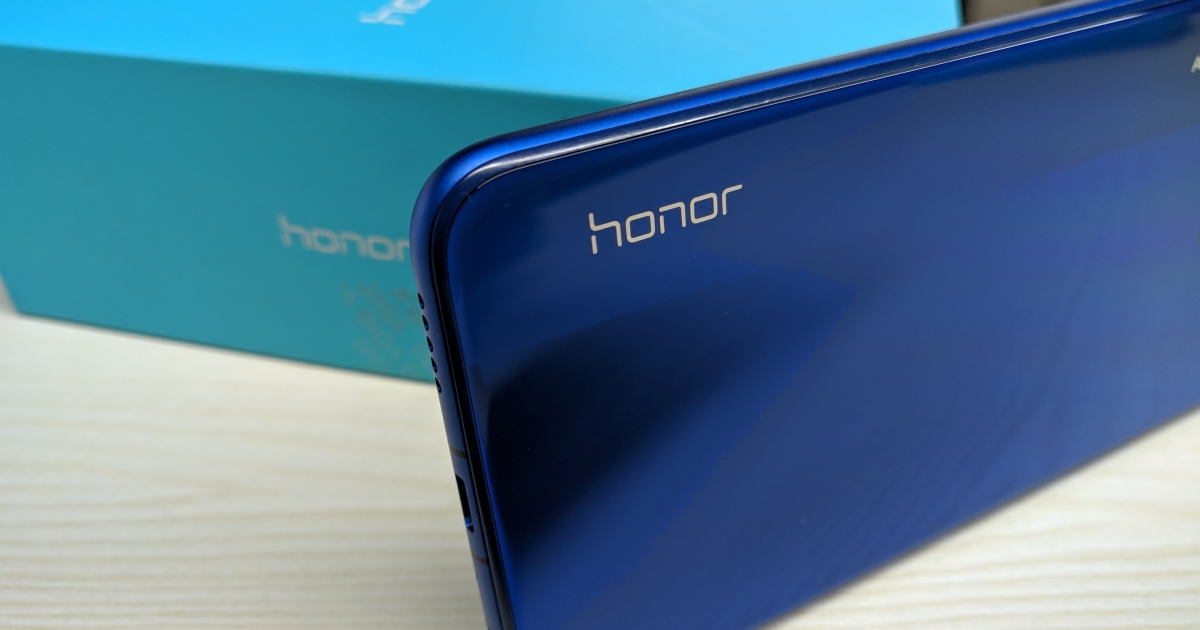 Honor is all set to launch the Honor View 20 in India after launching it in China towards the end of last year. However, that’s not the only device that the company is focusing on. The Honor 8A has been doing rounds for a while now, having passed TENNA a couple of weeks ago. And now, we finally have a launch date for the device.

The Honor 8A is said to be the next budget smartphone from the company. That being said, the device won’t be a slow performer. TENNA listings confirm that the device will come with a 6.08-inch HD+ (720×1560 pixels) LCD panel. Under the hood, it will be powered by an unnamed octa-core 2.2GHz SoC, coupled with 3GB of RAM. It will come in two storage variants of 32GB and 64GB, alongside support for microSD card. As for the camera, there is said to be a single 13MP sensor on the back with an 8MP sensor up front for selfies. The device is said to be juiced up with a 2,920mAh battery. It will come with Android 9 Pie out of the box with Huawei’s EMUI on top.

Honor has pushed out a teaser for the launch of the Honor 8A, as shown below: 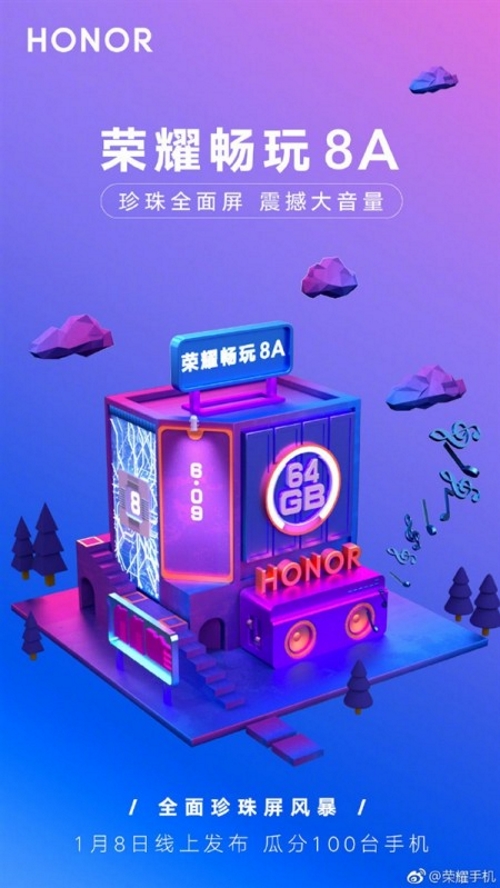 Honor 8A price in India and availability

As suggested by the teaser, the Honor 8A will be launched officially in China on January 8. As of now, there is no word on the pricing of the device yet. However, the Honor 8A is said to be the successor to the previously successful Honor 7A. Considering that the Honor 7A was priced at Rs. 8,999 at launch, we can expect the Honor 8A to be priced under 10K INR as well.