Home | Reviews  | Honor 9N review: made for the rebels

Honor 9N review: made for the rebels 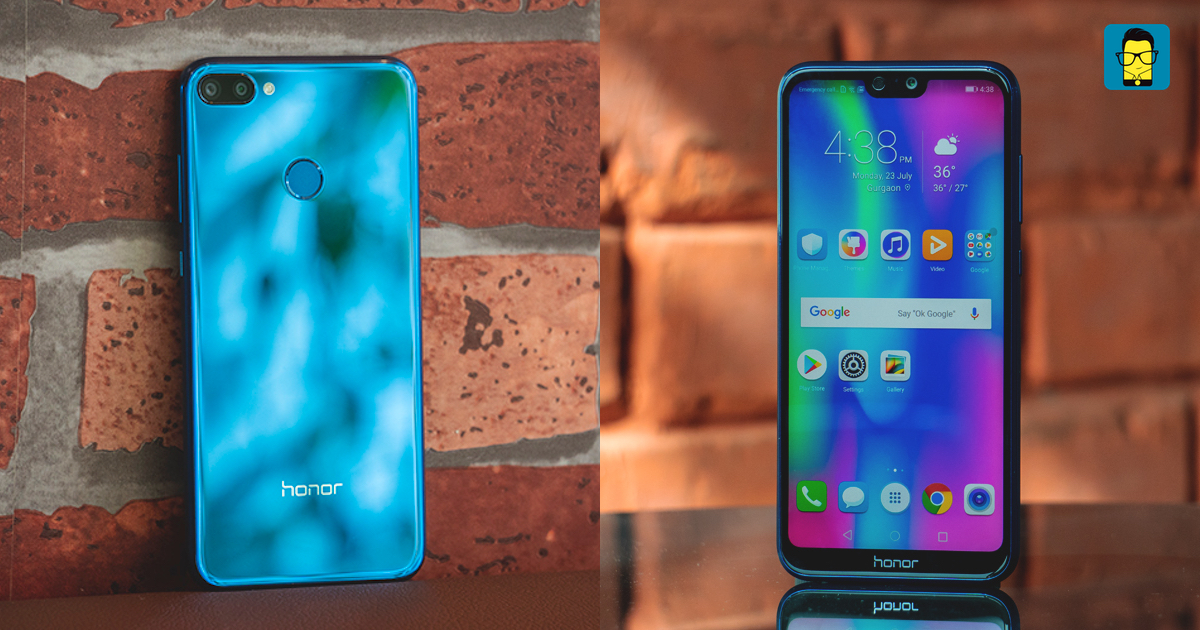 To kickstart a review of an Honor phone with the mention of Xiaomi might feel like doing injustice to the former, but such is the clout of Xiaomi. While both these brands are from the Chinese subcontinent, Xiaomi has grown from strength to strength in India. No doubt, Honor’s growth has also been phenomenal but the scale is not close to Xiaomi’s at the moment. Honor hopes to change that by providing quality phones in the budget range. The latest from Honor – in this attempt to put a dent in Xiaomi’s sales – is the Honor 9N.

The Honor 9N, once again, is a starkly different phone compared to the Redmi series. It emphasises form over sheer power. And, that is not necessarily a bad thing. Find out why, in my full review of the phone. 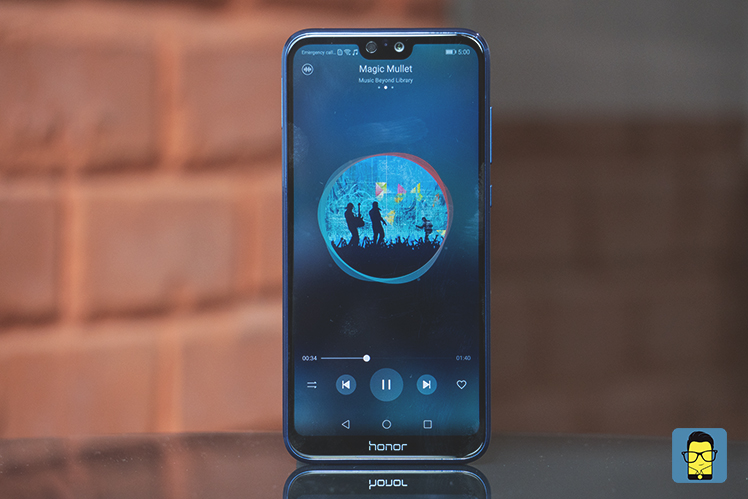 The Honor 9N is an undoubtedly gorgeous phone. I also think this is by far the best-looking phone in its price segment, just like its predecessor the Honor 9 Lite (review).  Since that is a subjective opinion, I will let you make up your mind by looking at the pictures. The 9N’s design is very similar to the 9 Lite but the front is where everything changes. The 9N is one of the very few phones to come with a notch in the under Rs 15,000 price range. This gives the 5.84-inch display more screen estate and it looks attractive. Now obviously I am not a fan of the notch, but it makes more sense in budget phones. Why? Because the R&D money to eliminate the notch will probably be used for flagship phones first. Until then, the notch is the best possible way to reduce screen estate. 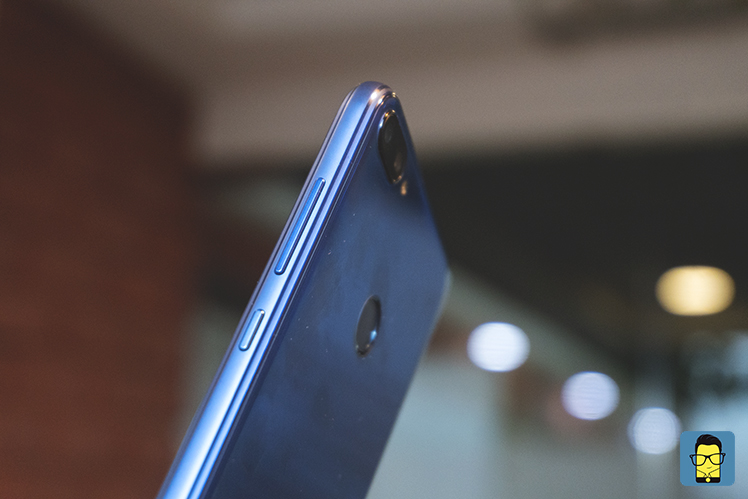 The phone is made of glass on the front and the back and has plastic running along the sides. It is a good looking design and the new colour-ways – Robin Egg Blue and Lavender Purple – look extremely attractive. Like I mentioned in my first impressions of the phone, I would urge you to wait for one of these colours because you will stand out. Also, Honor bundles a good hard plastic case inside the box as well. The fingerprint scanner sits on the rear and it is easy to reach. There’s also face unlock and it works well but is not very fast. It mostly failed to recognise my face in the dark. 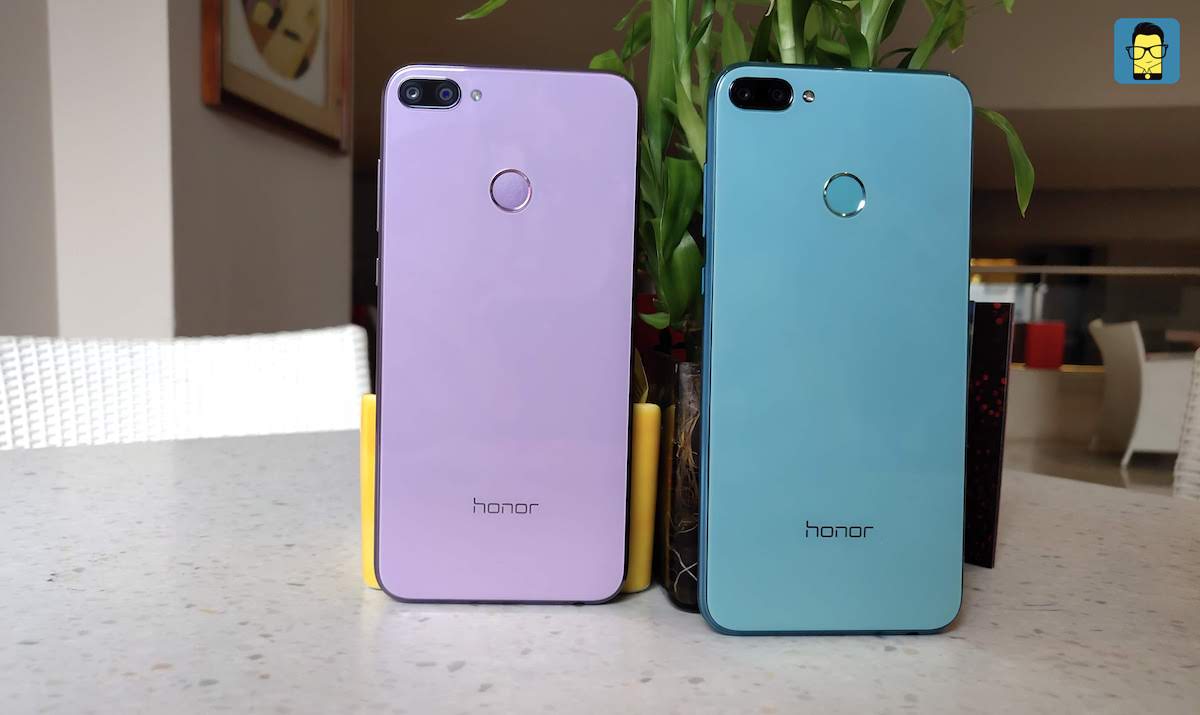 All things considered, the Honor 9N also has two minor design inconveniences. Firstly, it still continues to use a Micro-USB port at the bottom. And secondly, the power button and the volume rocker on the right edge are slightly flush and don’t provide very good tactile feedback. 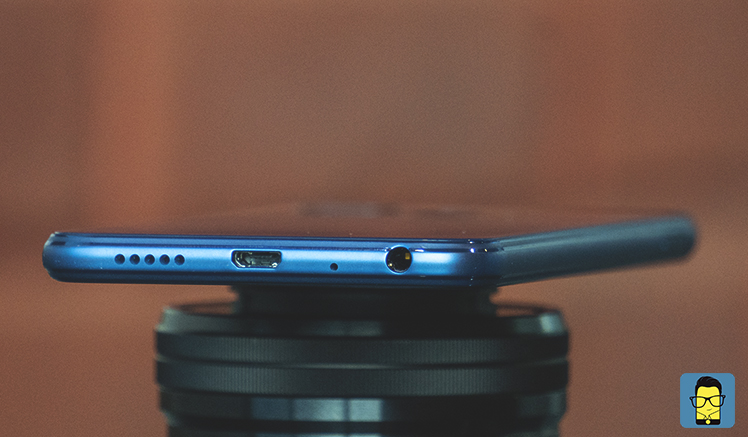 The 5.84-inch display on the front uses IPS LCD tech. It offers a resolution of 2280×1080 pixels. It is a crisp and bright panel, that will satisfy any user. The maximum brightness levels and the lowest brightness settings are both very good. If you have to ask me honestly, I prefer this IPS LCD panel over the one on the Xiaomi Redmi Note 5 Pro (review). Viewing angles are great and so is the sunlight legibility. 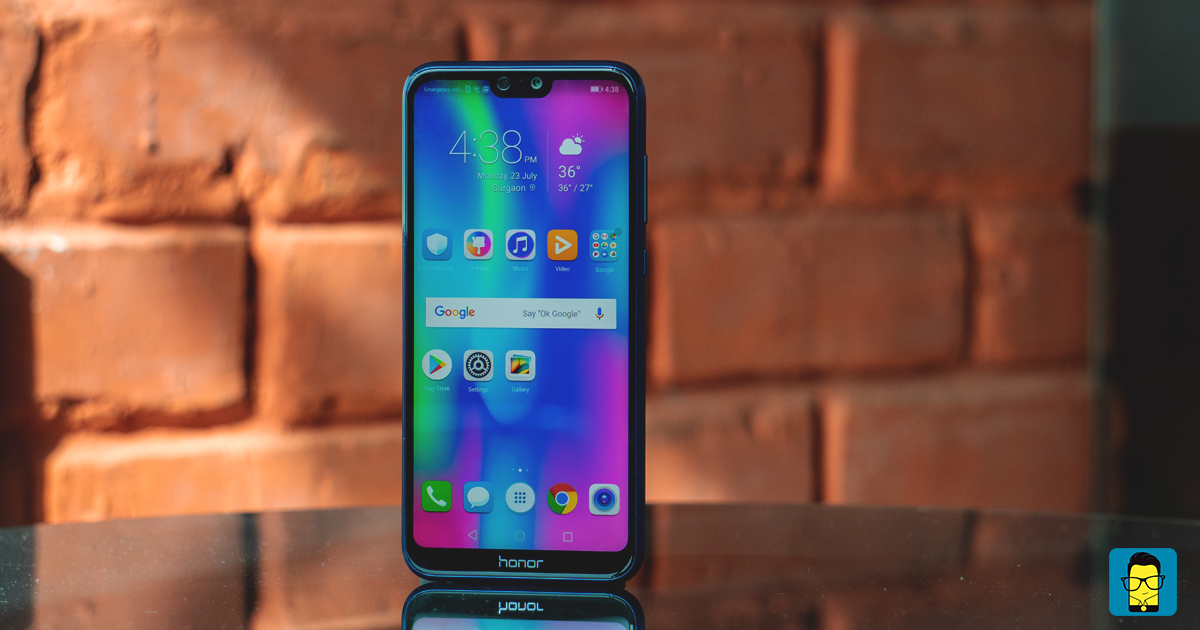 To top it off, the software gives you the option to turn off the notch. And the software engineers at Honor have done an excellent job at hiding the notch by maintaining the symmetry as well. For someone like me who has an OCD for such kind of things, the Honor 9N doesn’t trigger it. Seriously, good job Honor.

Now, the Honor 9N runs on Huawei’s homegrown Emotion UI (EMUI). This skin is based on Android 8.1 Oreo and it supports Project Treble as well. EMUI has evolved beautifully over the years. I have spoken at length about the stuff I like and don’t like on EMUI in my review of the Honor 9 Lite (review) and the Huawei P20 Lite (review). Most of my observations remain the same until a new update comes about. 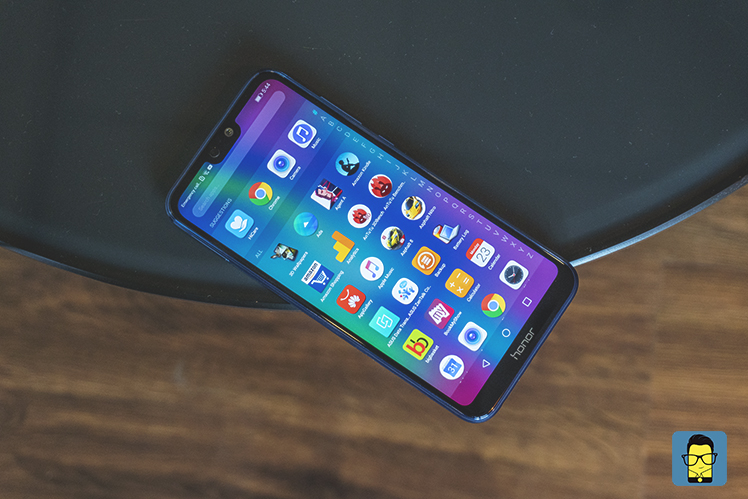 The Honor 9N has the same dual camera setup on the rear like the Honor 9 Lite. You get a 13MP primary sensor and a 2MP depth sensor. On the front, you now get a 16MP shooter instead of a dual camera unit. But Honor is using pixel binning to increase the pixel size to 2 microns from 1 microns. This should ideally mean better details in selfies. In fact, I recently did a detailed camera comparison with the Redmi Note 5 Pro and found the Honor 9N to be lacking slightly. You can read that comparison for my full verdict on the Honor 9N’s cameras. Here are a few takeaways though: 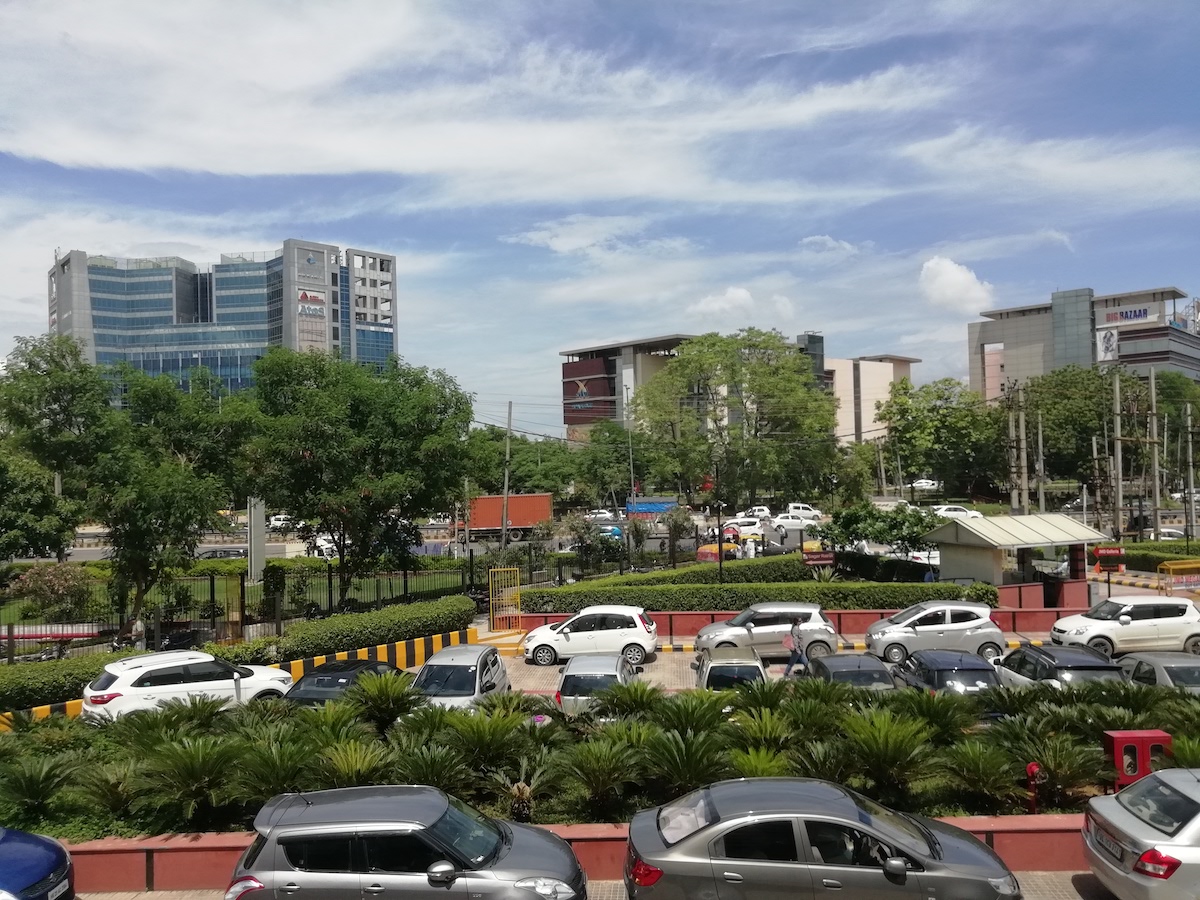 The Honor 9N continues to use the dated Kirin 659 processor. However, there is so much in store for the phone. For example, a GPU Turbo update is coming soon. Which means gaming performance should be slightly more optimised. In its current state though, the phone is as powerful as all the other Kirin 659 phones I’ve used in the past. 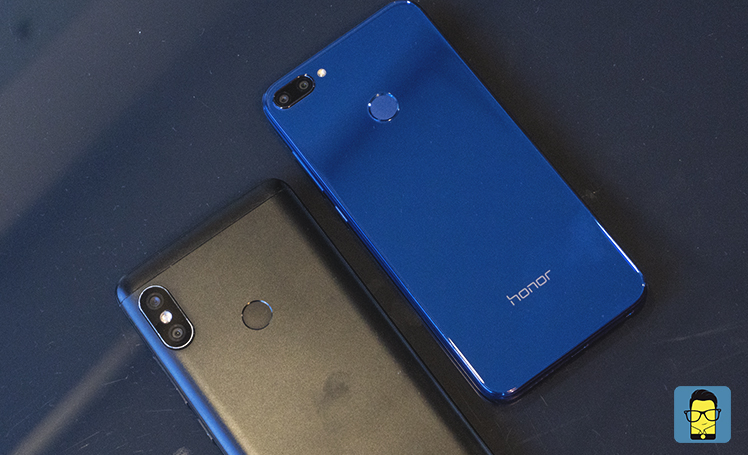 It doesn’t offer raw power like the SD636 but makes up for it with reliable performance. I managed to play PUBG at medium settings with a little bit of lag and no signs of heating up at all. And in daily usage, the phone works smoothly most of the times. That is until you use the default Swiftkey keyboard. That keyboard is so heavy-handed that it feels like I am using a phone from 2015. I’d strongly suggest replacing it with Gboard for a better experience.

As for the speaker, the single downward firing speaker is average at best. And the sound quality through the 3.5mm jack is good but I’ve experienced better. However, when it comes to sound through the earpiece the Honor 9N’s call quality is unbeatable. You get a crystal clear sound with great noise cancellation in calls. Honestly, Huawei’s networking chops are clearly at play here.

The Honor 9N’s 3,000mAh battery is actually a bit of a letdown though. I got around 4 hours of SoT on heavy usage but with phones like the ZenFone Max Pro M1 existing in the same price range, the Honor could’ve been better in my opinion. 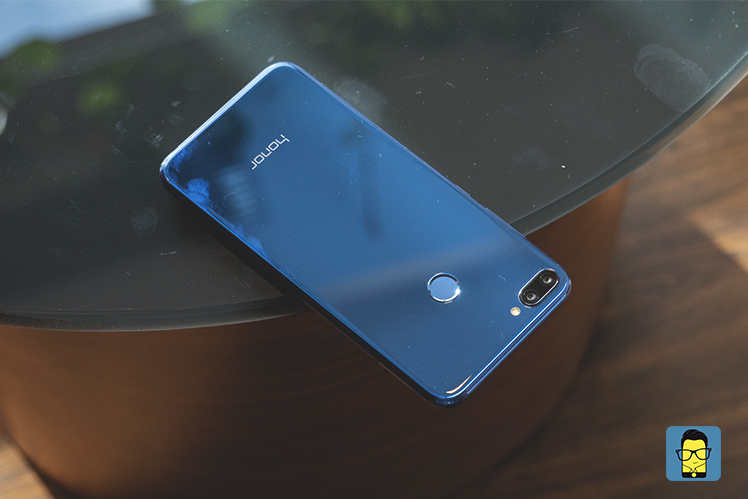 Should you buy the Honor 9N?

The Honor 9N is a unique phone that creates attention and intrigue from the moment you lay your eyes on it. Like many other phones in this price range, this phone is not without its flaws. Most importantly, the camera algorithm could’ve been better but it makes up for it by providing a lot of shooting modes. Having said that, the Honor 9N is definitely in my top three phones under Rs 15,000, which is also reflected in my final score.

Overall, I believe the Honor 9N is a flaunt-worthy phone made for the rebels and the misfits. If you don’t like conforming to norms, the Honor 9N could be perfect for you. Otherwise, you always have a performance monster like the Redmi Note 5 Pro, the ASUS ZenFone MaxPro M1, or the Realme 1.