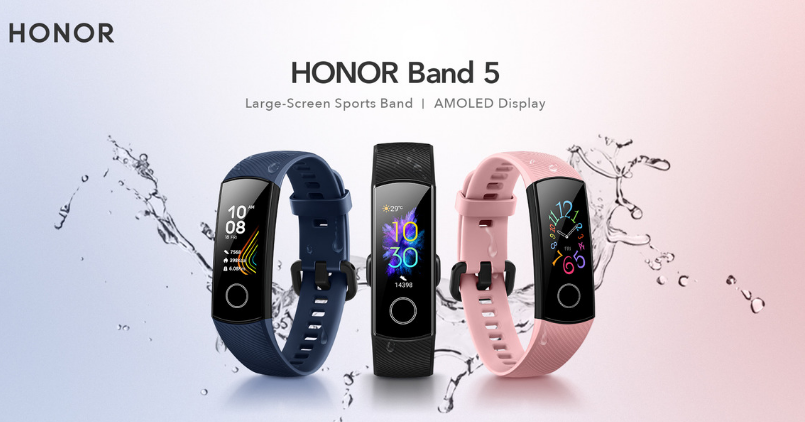 Update: Honor Band 5 will be available on Amazon India for Rs 2,299, starting September 29 during Great Indian Festival sale. For prime members, it will be available one day earlier as early access. The price reduction could be an effect of the Mi Band 4 launch, which was recently announced and will go on sale side-by-side on September 29. You can watch our quick review of Mi Band or can read a detailed review. We haven’t used the Honor Band 5, so we can’t give you a verdict on that.

Honor, the Huawei sub-brand has launched its latest wearable in India today. The company has announced the availability of its new Honor Band 5 in the country. Let’s talk about the features and pricing of the new fitness band below.

Have you been trying to lose weight and get back into shape? Have you been looking for a perfect partner to motivate you to do that? Well, Honor Band 5 could be that partner. Offering a range of features, the new wearable band from the house of Honor could be your knight in shining armour. Well, maybe not that, but it could help you monitor your health.

In this fast-paced world, we constantly need to monitor our health. The Honor Band 5 claims to offer a convenient way to monitor your activities like walking, jogging, swimming, cycling, and up to 10 distinct fitness modes. All the activities can be visible on its full-color AMOLED display, which is of 0.95-inch. It further offers stylish watch faces to go with your everyday new look.

There are numerous in telling features that Honor claims to offer on its new wearable band. Starting with Huawei Health app, which interprets all the data such as heart rate, sleep data, and other real-time data. Apart from these data points, the AMOLED display also showcases incoming calls. User can directly accept or reject phone calls from their wrist.

Further equipped with features like “Fine Your Phone”, act as Bluetooth shooter, and more. The company claims its new Band 5 will offer a battery life of up to two weeks.

The price of this wearable is Rs 2,599 and it would be available for purchase on Flipkart starting August 8. There are three colours, Midnight Navy, Coral Pink, and Meteorite Black. What do you guys think of this new fitness band from Honor? Let us know in the comment section below.