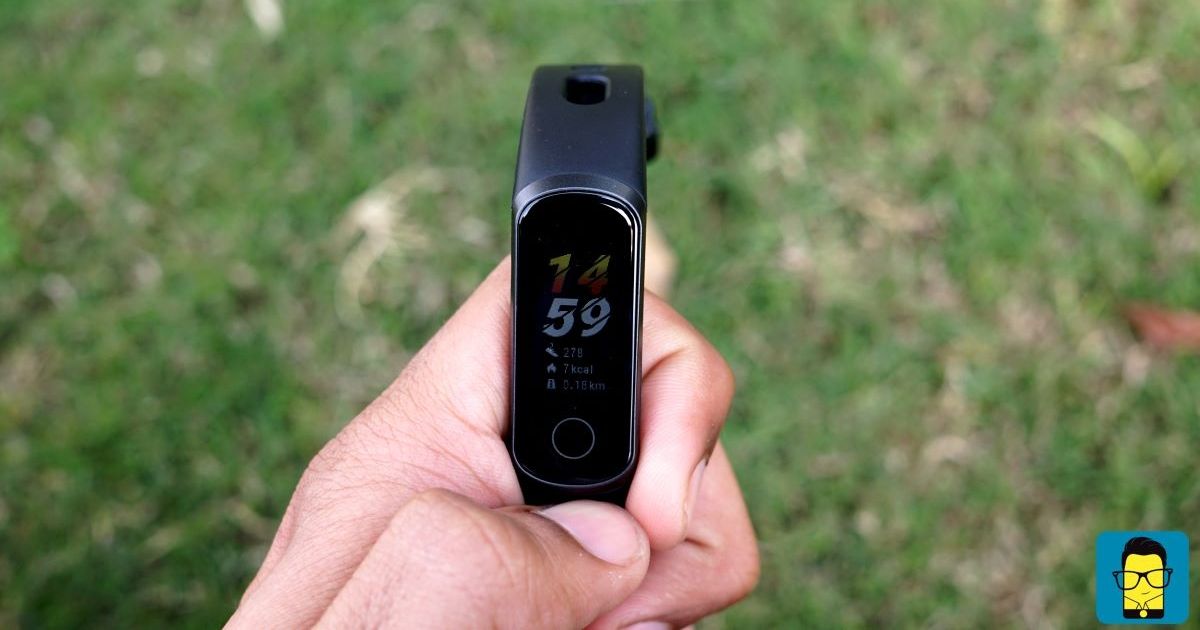 The USA trade ban might’ve deterred Honor’s smartphone sales, but that hasn’t stopped the company from launching smart wearables. I recently did a hands-on review of the Magic Watch 2 but, if you were in the market for something more affordable and sleek, then you might be interested in the company’s latest Band 5i. The fitness band comes with a slew of features and here are my first impressions of the same.

Starting with the design, the Honor Band 5i looks the part of a fitness tracker and has been constructed in entirety using plastic. This helps keep the weight of the unit down which is crucial for workouts – after all, you wouldn’t want anything weighing your wrists down when you’re lifting dumbbells or running outdoors. And as difficult as it is for the design of a fitness band to stand out, Honor has somehow managed to do that too. Instead of bundling a proprietary charger which is a chore to carry, the fitness wearable comes with a built-in USB head, which can connect to any Type-A port. I really wish other manufacturers would also incorporate this feature into their offerings. 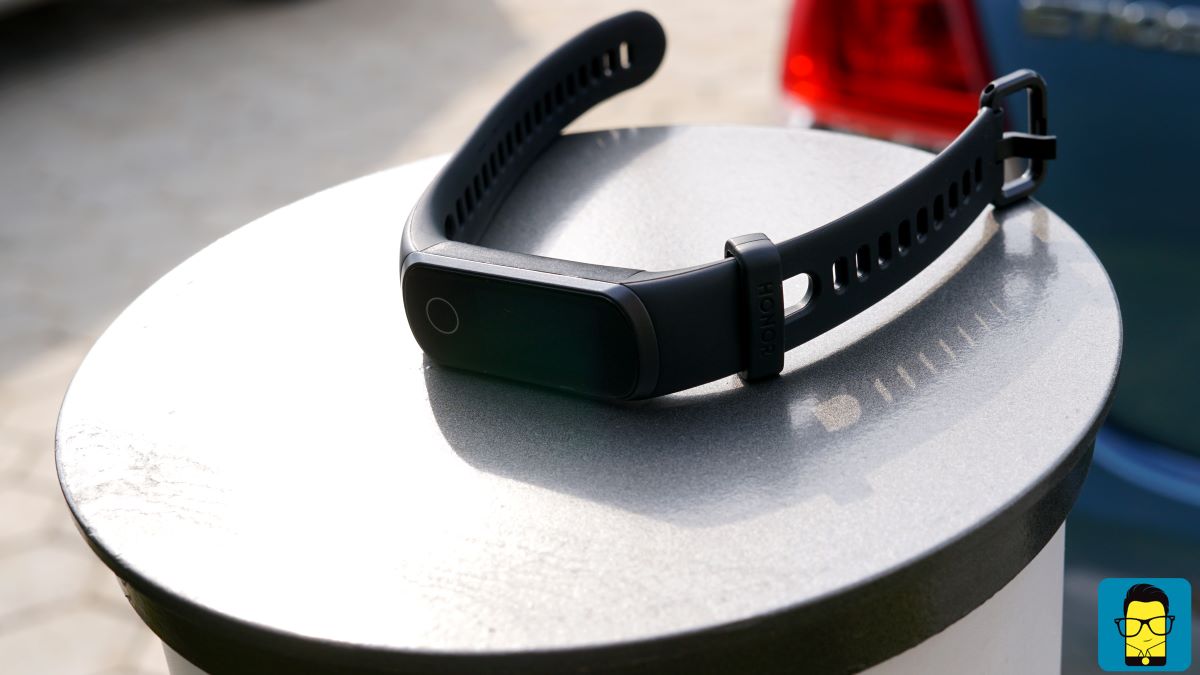 The display on the Band 5i is pretty good too. It is a colour panel that measures in at 2.4 cm and offers a modest resolution of 160 x 80 pixels. You can use the touch screen to navigate your way around the UI, and the device also comes with a capacitive button at the bottom which can be used to go back, pause your workouts and more. 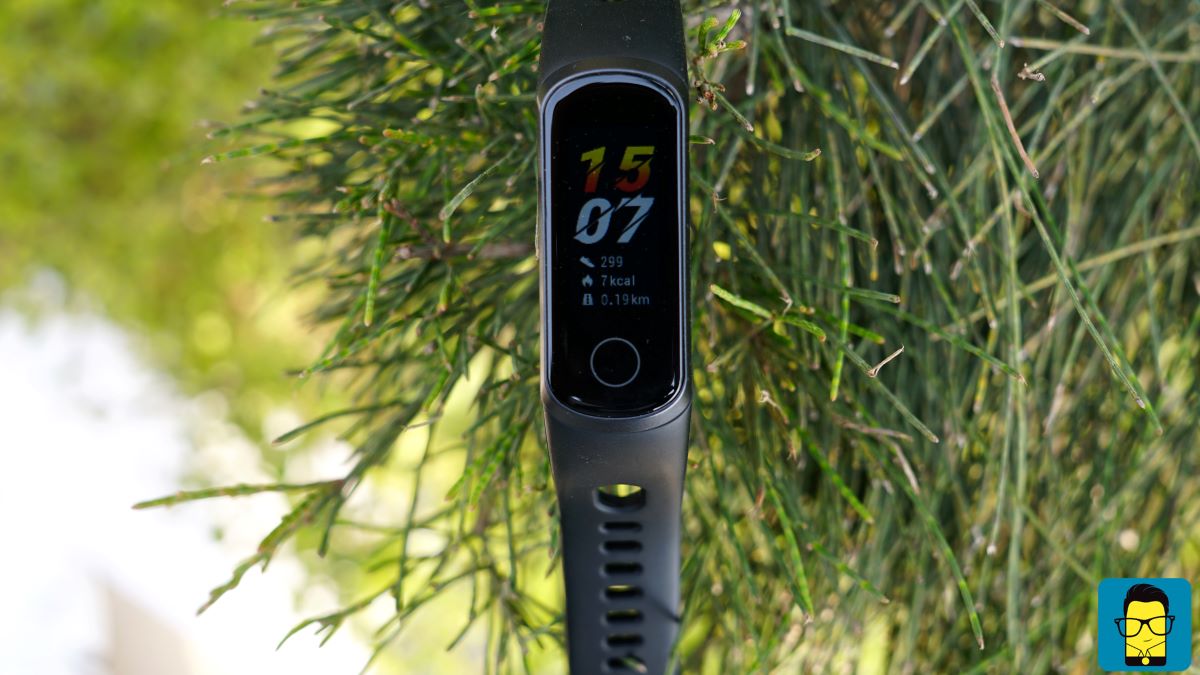 So, is the Band 5i comfortable to wear? Well, I’d say so. The silicone straps are soft to the touch and thanks to the unit’s chamfered edges, I didn’t feel the Band 5i bite my wrists either. As for the rest of the design features, the Band 5i ships with a heart rate monitor towards the bottom and comes with support for continuous heart rate tracking. 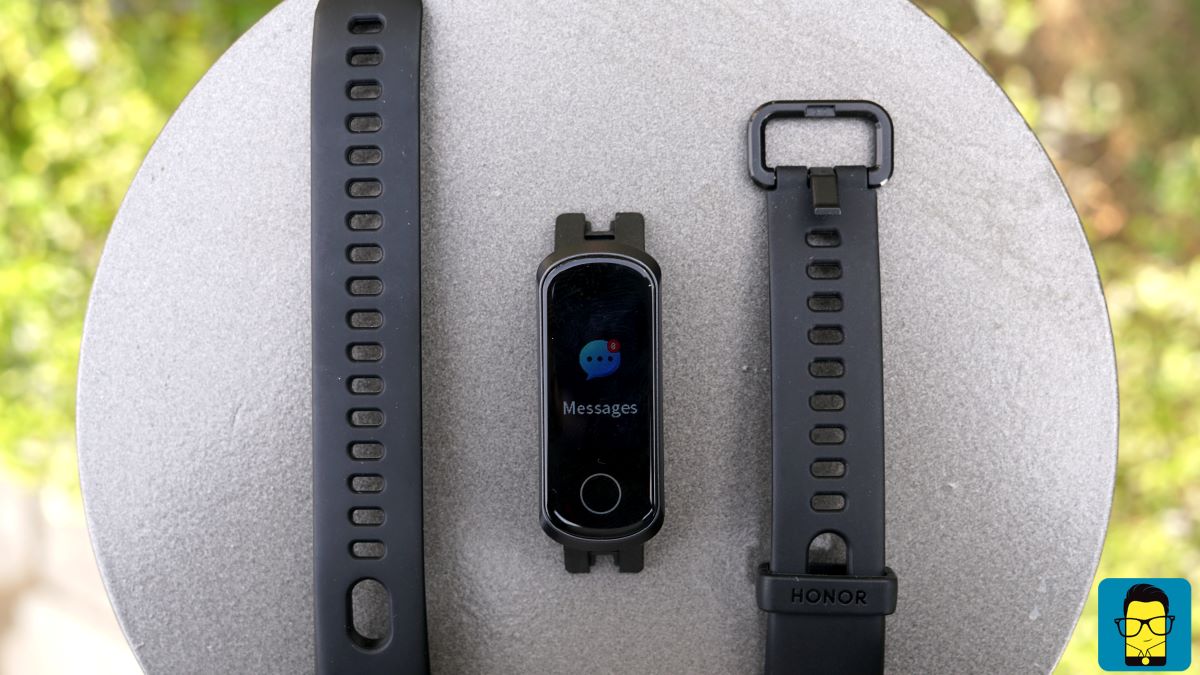 Now, unlike a proper smartwatch, the band 5i is somewhat limited in what it can do. But, the company has hit the nail on the head when it comes to the basics. Case in point – push notification – which worked flawlessly on the Band 5i. Unfortunately, you cannot revert back to the notifications and the smart band doesn’t categorize them under different banners either. So, it’s hard to tell if someone has texted you on Instagram, or WhatsApp. The Band 5i also lets you control music through Spotify directly from your wrist, and has a number of watch faces which let you personalize it more. There’s also a ‘find your phone’ feature which will help jog your memory should you forget where you kept your phone. Furthermore, you can use the fitness tracker as a remote shutter button for your phone’s camera app. That said, I haven’t tested the feature yet, so stay tuned for the full review for more details on the same. 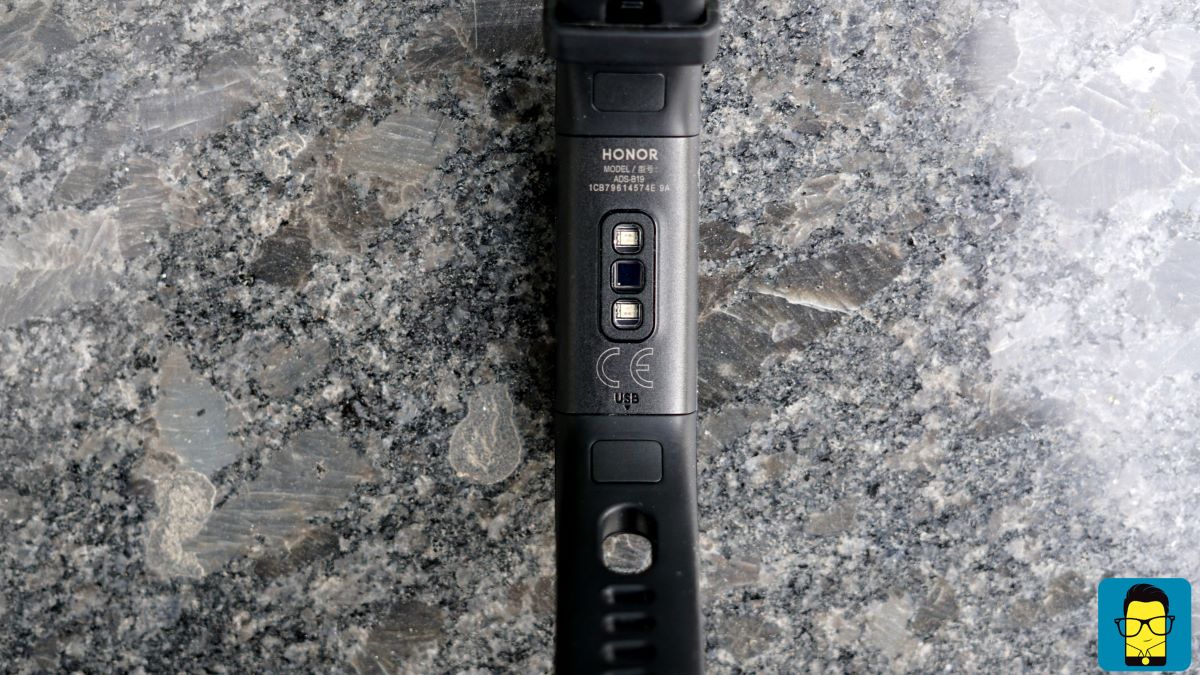 When it comes to fitness tracking, the Honor Band 5i lets you track a bunch of different activities, including outdoor running, outdoor cycling, etc. Also, you shouldn’t worry about sweating it out in the gym with the Band 5i as it is water-resistant up to 50m. Now, during my brief stint with the wearable, I noticed that it tracked steps accurately. But, you’ll have to ensure that your hand is relatively still when you’re not walking, as the wearable records ghost steps too. Honor also claims that the Band 5i can track oxygen saturation levels in your bloodstream using SpO2 tech, however, that feature isn’t available yet. What is available, however, is sleep tracking which is somewhat of a rarity if you’re looking to buy fitness trackers retailing in Band 5i’s price range. All in all, pretty good stuff from Honor. 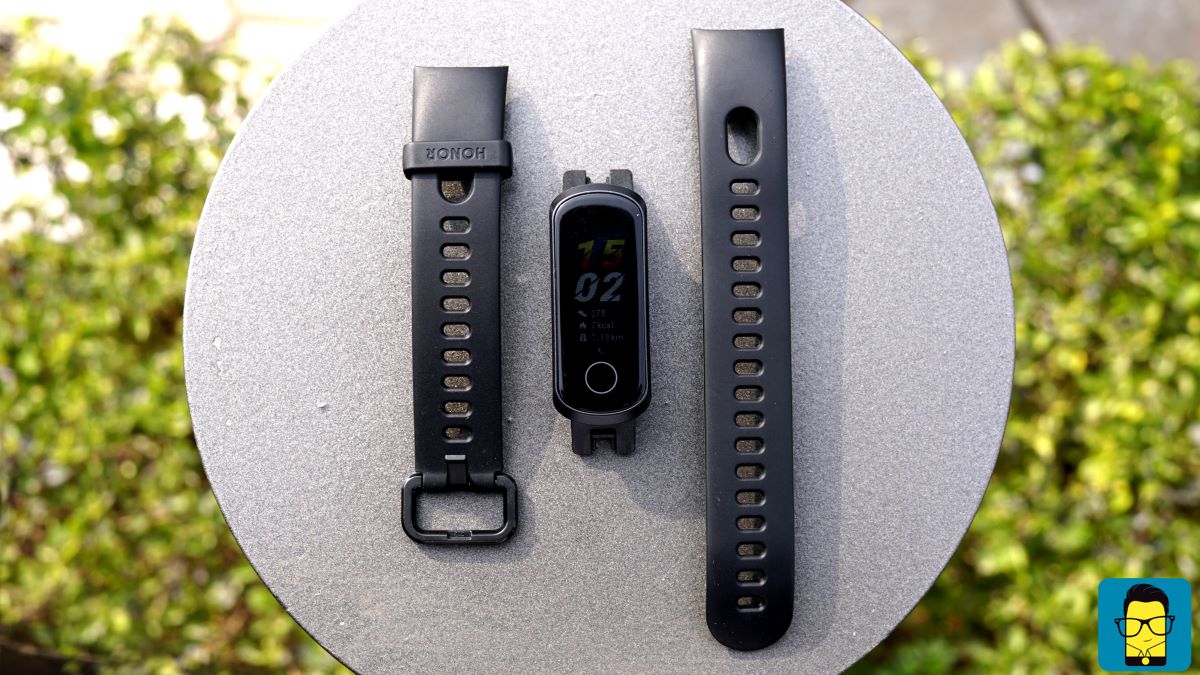 Clearly, the Band 5i is a solid contender in the fitness tracking space, but it’s not the only wearable worthy of your bucks. Case in point, the Mi Band 4, which is priced similarly to the band 5i. Now, if you’re confused between one or the other, then here’s a quick breakdown of what sets the two apart. Firstly, you get a better, more vibrant AMOLED display with the Mi Band 4, whereas the Honor Band 5i ships with a standard TFT panel. The resolution of the display is also significantly higher on the Mi Band 4 at 240 x 120 pixels, and it gets brighter too. Consequently, the Mi Band 4 offers better sunlight legibility to boot. 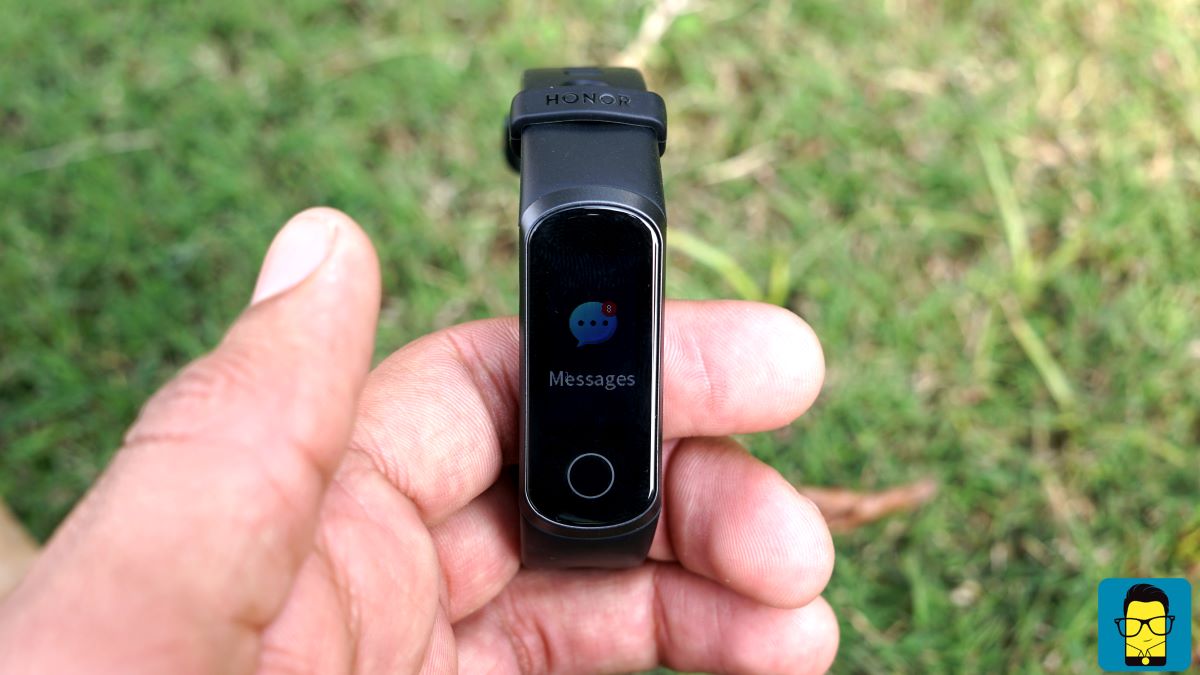 Moving on, while both the fitness bands offer similar exercising features, the Mi Band 4 lets you track your swims too, which is unheard of in this price range. So, if you spend more time by the pool and not at the running track, the Mi Band 4 should be a no-brainer for you. While it’s too early to talk about battery life, for what its worth, the Band 5i can last up to a week off a single charge. The Mi Band 4, on the other hand, claims up to 20 days of backup.

The Honor Band 5i costs Rs 1,999 and comes in three different hues of Coral Pink, Meteorite Black, and Olive Green. The fitness band is available for purchase from e-commerce portal Amazon.  For the price, the Honor Band 5i brings a ton of interesting features to the mix, including some standout utilities like SpO2 tech along with the company’s TruSleep tracking technology. Coupled with its built-in USB Type-A port, which paves way for a seamless charging experience, the wearable makes for a solid option for buyers looking to get into the world of fitness trackers. Do let me know in the comments below if you’d like a full review of the Band 5i and stay tuned to our blog for more coverage on wearables, smartphones, and everything tech.