Honor Band 6 with AMOLED display and up to 14 days battery life launched at Rs 2,800 approx. 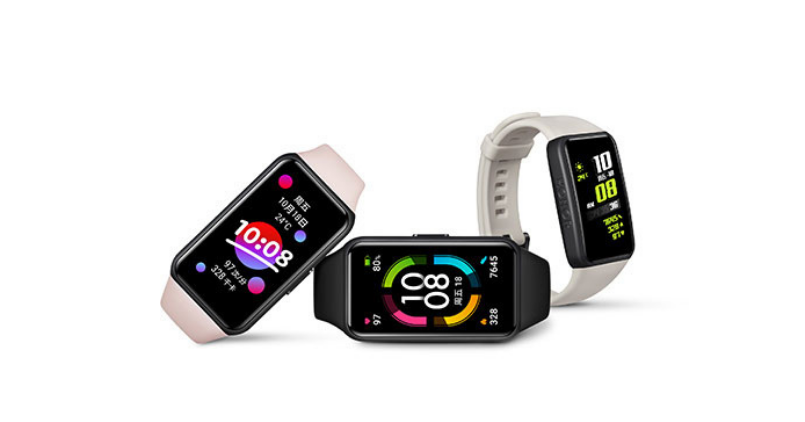 Honor has come up with yet another fitness band — the Honor Band 6. It comes as a mighty successor to the current Honor Band 5, its predecessor. The new Honor Band 6 is up for sale in the Chinese markets, and it comes in two variants — with and without NFC. Both are priced accordingly and are up for sale on the parent company’s Huawei’s Vmall website.

On the design front, the Honor Band 6 sports a rectangular colour display, which measures 1.47-inches. It is an AMOLED 2.5D curved display that has rounded corners. It’s a touch display, and the band features a side button as well.

On the whole, the band’s rectangular design falls in between a regular fitness tracker and the conventional smartwatch, when it comes to size. It sits ideally between the two sizes, at least that is what the official images showcase.

Secondly, the prominent features include conventional sleep tracking,  blood oxygen level monitoring, and 24-hour heart rate tracking. The Honor Band 6 comes with specific features for female users like the menstrual cycle and ovulation tracking, for instance. For more health data, the band also utilises Huawei’s TruSeen 4.0 feature, which is an app that needs to be installed on your smartphone.

There’s more to the Honor Band 6; it comes with built-in hundred watch faces, automatic activity tracking feature, ten sport modes including the prominent cycling, walking and running. Besides, users also get voice control options to interact with the digital assistants on their smartphones. 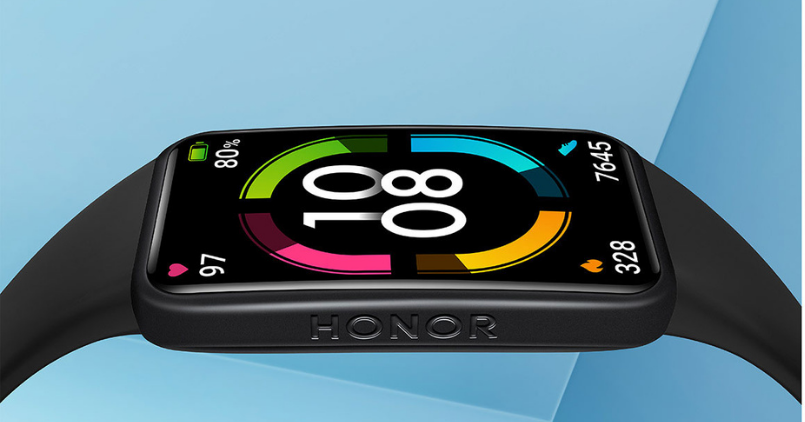 Overall, the Band 6 appears to have all the prominent features that require for a decent fitness tracker. There’s water resistance on the Band 6 for up to 50meters.

The connectivity options include Bluetooth 5.0, and there’s an NFC-enabled model of the Honor Band 6 as suggested earlier. It could help users to make payments swiftly at a subway or a coffee shop, for example.

As said earlier, the Honor Band 6 is up for sale in China. The global and Indian availability of the same is still unclear. Nonetheless, the Band 6 without NFC retails at CNY 249 (Rs 2,800 approx.) and the variant with NFC costs CNY 289 (Rs 3,300 approx.).