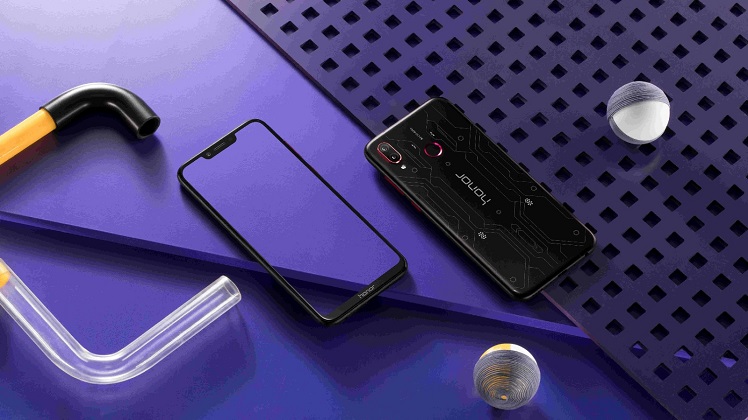 Honor, riding high on its success in India, is pumping out smartphones like burgers. The online-only subsidiary of Huawei is now getting ready to launch the Honor Play next month after it just announced the Honor 9N yesterday. The handset was teased on Amazon India and it will be an exclusive there. The teaser said the launch is on August 6th.

The Honor Play has already been announced in China and it is a high-end device that comes with the Kirin 970 SoC and GPU Turbo as major highlights. Hence, this will be the first Honor phone in India with the new technology. It has a big 6.3-inch IPS panel with 1080 x 2340 Full HD+ resolution and a 19.5:9 aspect ratio. The display has 2.5D glass coated on it and beneath the display panel is the Kirin 970 which is a strong performer with its dedicated NPU unit. 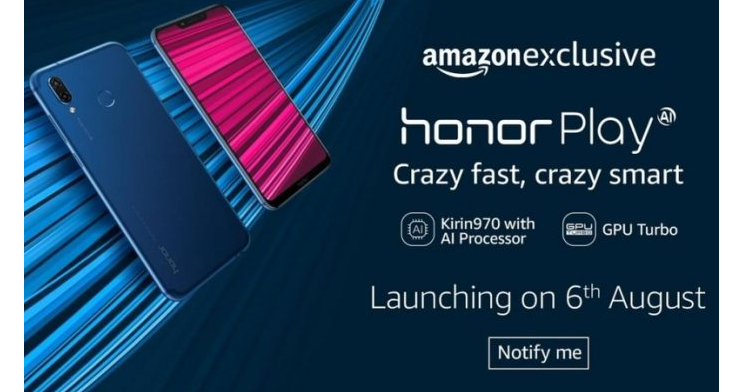 It has a 16MP shooter on the front and back with the addition of 2MP sensor at the back. There’s lots of AI stuff like AI Scene Detection and AI Portrait Mode, typical of Honor this year. The front sensor has a large 2.0um pixel size helped by pixel binning technology. The Honor Play has a big 3,750mAh battery and runs EMUI 8.2.

It starts at 1,999 yuan (Rs.20,300 approx.) in China and comes in Black, Blue, Violet, and Red colours. If it launches around the same price tag, it would be the most affordable Kirin 970 device in India.