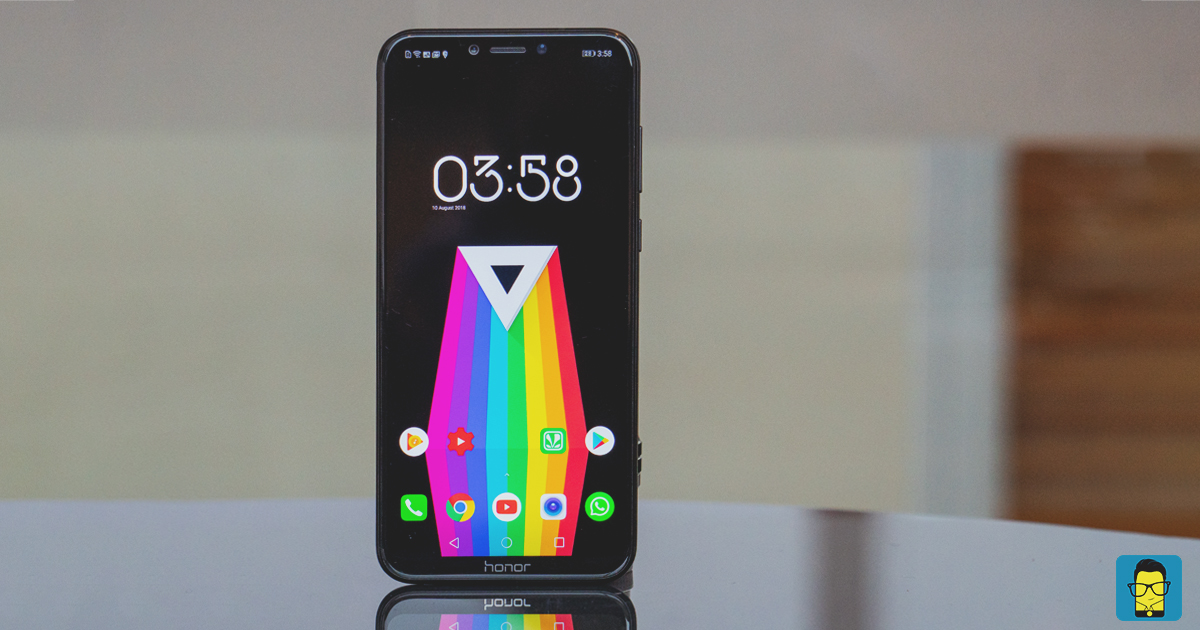 While Xiaomi was finalising the curtains and the carpet for the Mi A2 launch in India, Honor decided to steal Xiaomi’s thunder. The result of which was a banger of a phone – the Honor Play.

The Honor Play – with a flagship Kirin 970 chipset, a modern display, and a not-so-flagship price tag – definitely shows big promise. But, does it deliver on all fronts? Read along and find out in our full review of the Honor Play.

The one smartphone trend nobody’s talking about in 2018 — which has seriously been much more damaging than the notch — is the trend of shattered glass. Thankfully, you don’t have to worry about that on the Honor Play. I think it’s also the only phone in the world with a notch that is made out of metal. 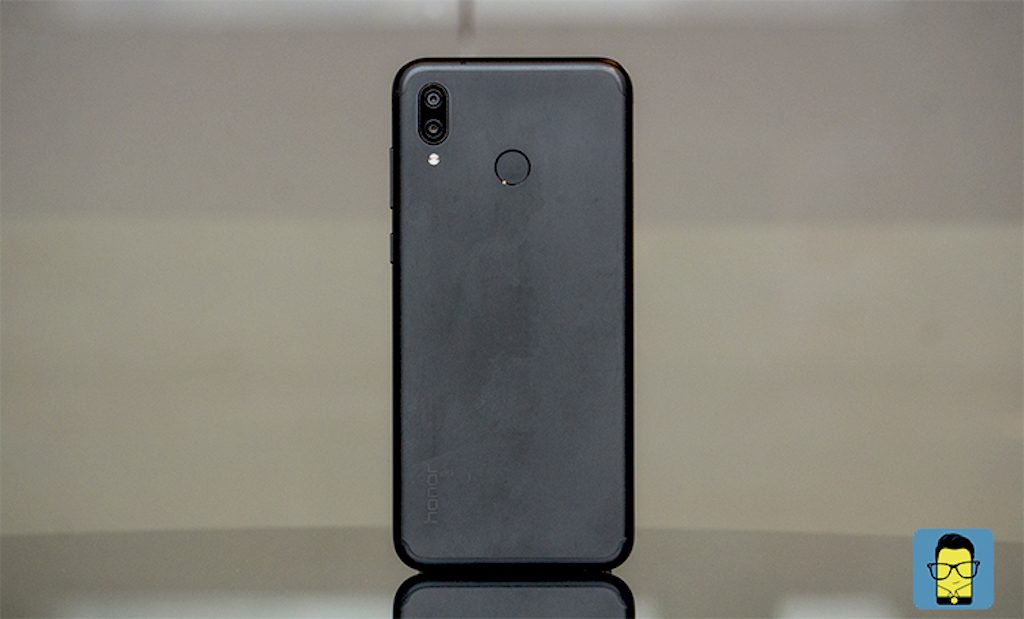 I am also very impressed with the industrial design on this phone. The design is quite minimal with curved antenna lines which kinda makes the back look clean. It also has a comfortably wide frame and smooth corners, making it very easy to hold and use. The weight too somehow works in its favour, and since it isn’t too tall, the Honor Play feels like one of the most ergonomic designs, with the added reassurance that the metal construction provides. Although there’s one negative here: the smooth metal finish makes the phone damn slippery.

Also Read: Xiaomi Mi A2 review: I love this phone but I don’t know if you will too

By the way, different people have different skin types. I’ve noticed that folks with oily hands can hold on to metal easily. On the other hand (no pun intended), folks with dry hands feel glass is grippier. It’s never going to be universal.

The bottom hosts a USB-C port along with a single speaker grill, and a 3.5mm headphone jack, which actually the Mi A2 lacks. Read our full review of the Mi A2 to compare the two phones.

Honor has been producing some great displays in the recent years. And, you know when a company is doing good work when these great displays start coming down in price. The Honor Play has a similarly boast-worthy LCD panel at the front with a display notch. 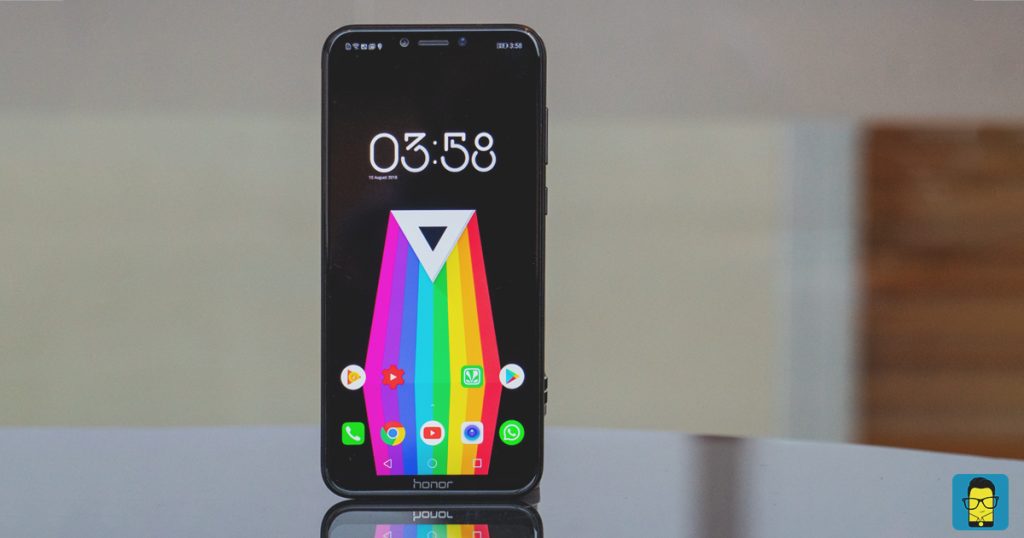 It’s a 6.3-inch screen with a full HD+ resolution and it is crisp, colourful, bright and plenty sharp. I have no complaints here, really. The brightness could’ve been slightly better, but when compared to other phones in this price range, it’s definitely the top brass. Even when compared to the Nova 3 which has a slightly brighter display, it is a little whiter compared to a bluer tint on the Nova 3. Basically, I found that the Nova 3i and the Honor Play have very similar-looking displays. And, they might even be the exact same panels due to similar dimensions.

You can turn off the notch in the settings tab. But, remember that since it’s an LCD display, you’ll be able to see the blacked out areas popping out of it separately.

It’s overall a fun display to use, with no major color shifts, great colours, and good details.

The Honor Play, like any other Huawei or Honor phone, runs the latest EMUI software. This skin runs on top of Android 8.1 Oreo. And again, like any other OEM Honor also promises future software updates. EMUI is a feature-packed OS for sure and I’ve actually grown quite fond of a few features. For example,  the single swipe down for universal search borrowed from iOS is pretty handy. Also handy, is the option to turn ON or OFF the app drawer and the ability to change animations and home screen grids.

Also Read: Mi A2 vs OnePlus 6 vs Pixel 2 camera comparison: Xiaomi is playing in the big leagues now

But, there’s one thing that I also noticed on the Nova 3 (on occasions) and on the Honor Play too, is that it’s not as smooth or fluid as a stock Android phone. This is an important point, so hear me out carefully. Stock android coming from Google is probably the most fluid experience possible on Android and it’s you cannot fault the chipset for the slow performance.

It’s just that EMUI is a bit less fluid in comparison purely based on optimisations. You can clearly see that difference in the gallery app and while scrolling. This, however, is nitpicking at its best, because EMUI is still faster than most other ROMs out there. Also, this doesn’t mean that I’ve had stutters. No way. In fact, I’ve never used a phone in my life that has such smooth performance, with zero stutters and comes with such a low price tag.

That said, the reason stock Android is smooth is that it isn’t stuffed with even half of what EMUI has. It’s a feature-packed OS and I think Honor and Huawei have done a great job of stuffing things in and still managed to keep it simple.

If you want to know in-depth about the software, I’ve gone through each and every Settings tab and features in my Nova 3 review. But all you need to know is that, you get a flagship and premium software experience with the Honor Play.

The Honor Play comes with the Kirin 970 chipset along with a Mali G72 MP12 GPU and it is great. I mean I complained all year about how Huawei was using a year-old chipset in the Honor 10, the Nova 3, the P20, and even the P20 Pro. But I think, the company has redeemed itself by putting the same processor in a Rs. 20,000 phone. 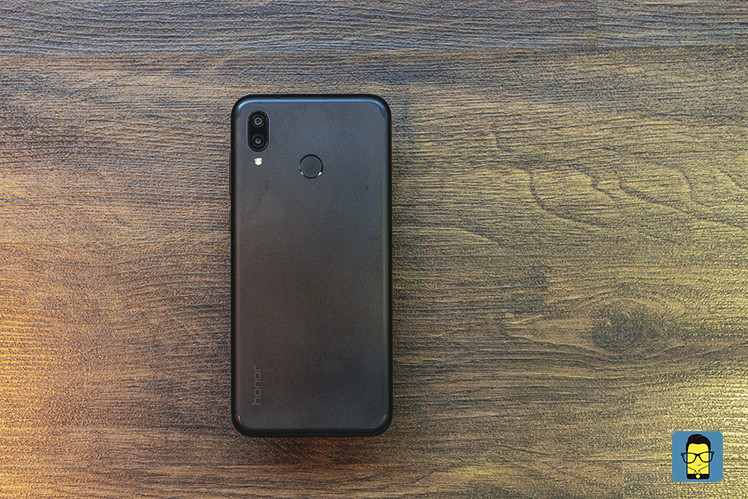 Ok so let’s get real, is the processor really worth the 20,000 price tag or is the Snapdragon 660 chipset or the Helio P60 better than this because they are newer?

Also Read: Honor Play vs OnePlus 6: which phone is the best for gaming?

There’s no question here. The Honor Play is a beast, it can handle basically anything that you throw at it. I mean, if it had a glass body, an AMOLED display, and three cameras, and if you removed the headphone jack, you could call it the P20 Pro and sell it for 65,000. I mean that’s what Honor is doing.

Now for you gamers out there, we did a very detailed gaming test of the Honor play against the OnePlus 6 in our YouTube channel. Basically, while you might get a good amount of difference in benchmarks, the gaming performance was on par with both phones, which makes the Honor Play a steal.

While Honor is known for its cameras, let’s be honest here the Honor Play is not a camera-centric phone and I’m gonna judge it like that. The specs, to begin with, aren’t great. You get a dual camera setup with a 16MP f/2.2 primary lens and a 2MP f/2.4 lens for depth sensing. The front camera has a 16MP f/2.0 lens. Now, I’ll say it out loud, the Honor play’s camera is good, but not anywhere close to the Mi A2. 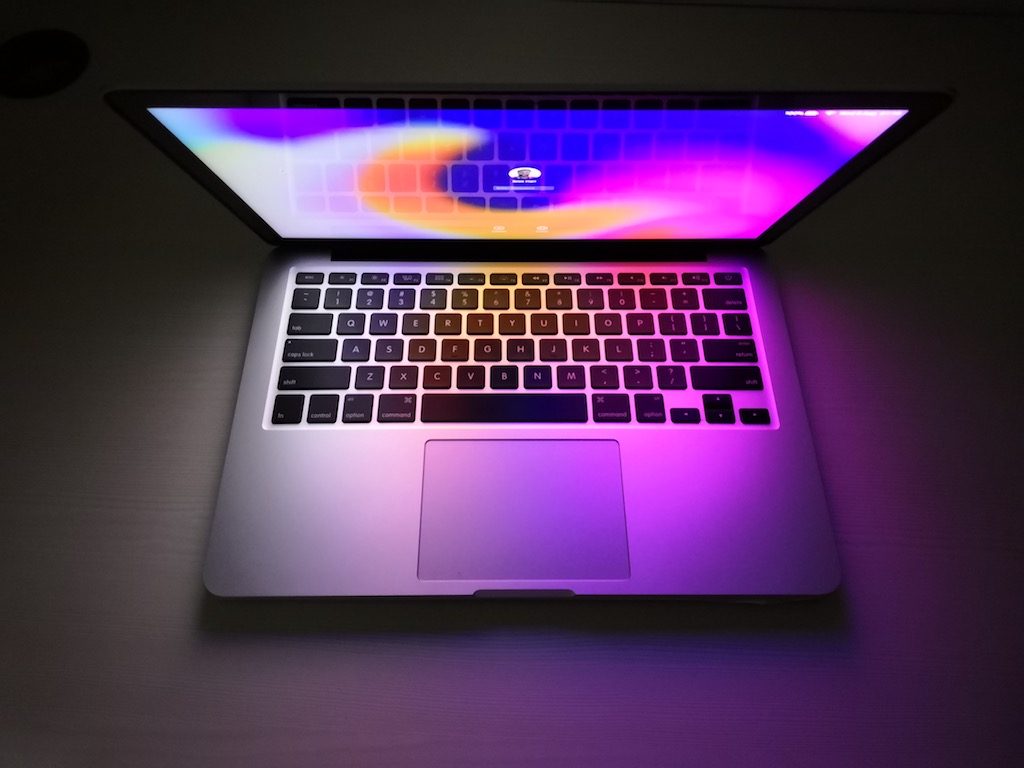 The pictures look good at first glance, but when zoomed in there’s a lot of smudging to be seen. The pictures actually don’t look bad, In fact, if you don’t zoom in, you’ll be more than happy with the pictures and might even prefer it over the Mi A2. But, if you are someone who wants a powerful, versatile camera, then this is not it.

The colour reproduction and the dynamic range aren’t bad, but I am just not impressed enough. Then we come to the AI, which generally boosts up the contrast and saturation in most cases. Well, It’s AI so you are not supposed to know what it does.  Well, I don’t like what AI does to my pictures mostly. I have said a lot of times that I like saturated pictures and look, but definitely not to the point where it looks unnatural. That’s what the AI does here.

Coming to the low light, the Honor play just gives up. Again not a bad image at first glance, but the details are botched. As for selfies, we definitely get better results than the back camera. We even have a wider aperture here. Zooming in still shows that watercolor effect that Honor is known for. But when compared to the  Mi A2, it still falls short.

Video recording is one place where the Honor Play does well. It has EIS which makes the footage look better than most budget phones. Although the Mi A2 also has EIS at 1080p, it’s better, but the Honor Play isn’t bad.

Basically, if camera is your focus, get the Mi A2. If camera is secondary to you then the Honor Play won’t disappoint you with its cameras.

The Honor Play comes with a 3,750mAh battery, which is quite above average for a phone this size. I got a screen-on-time of about 5 hours on this without fail. In general, after getting it to 100% at around 9 am in the morning, and with a casual usage all day, at even 7 pm I’m still mostly left with around 25 – 40 % battery. This is is just awesome. So yeah, battery life is gonna be good on this.

Should you buy the Honor Play? 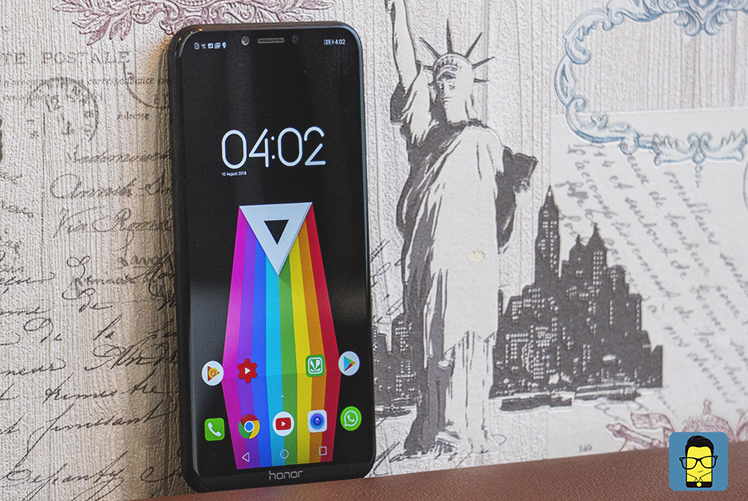 But, the one non-flagship thing about the Honor Play is the price. The Mi A2 is another popular choice in this price range, and should definitely be your choice if camera performance is important to you. And, if you want stock Android straight from mothership – Google. Apart from that, I think the Honor Play wins every other round and is probably the best mid-range phone to buy in India right now.