Home | Comparisons  | Honor Play vs OnePlus 6: which phone is the best for gaming?

Honor Play vs OnePlus 6: which phone is the best for gaming? 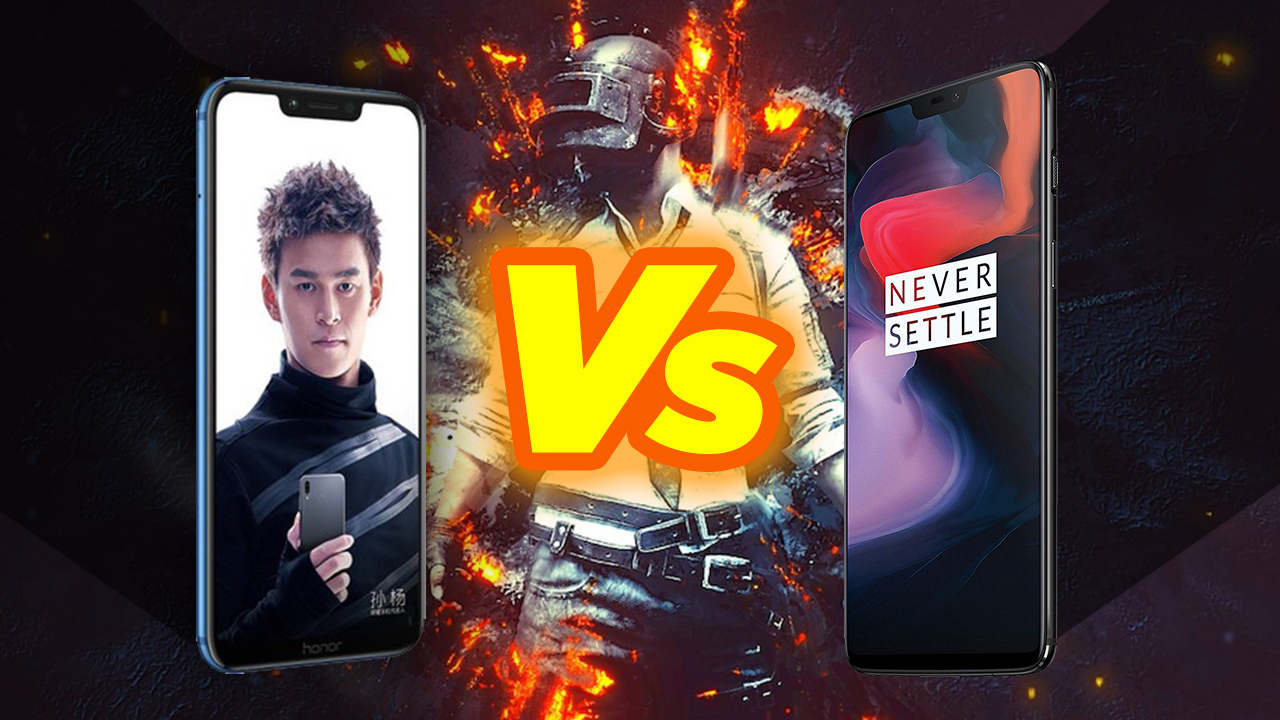 2018 has been an important year in bridging the gap between flagships and budget phones. The gap has become smaller and most flagships today cannot justify the premium pricing purely based on the performance boost. Because, in most cases, it is minimal.

However, there’s no denying that OnePlus phones have also straddled the thin line between performance and price. That’s until today. The Honor Play, launched today, has a bezel-less notched display, a solid metal body, and a flagship Kirin 970 chipset with a special GPU turbo feature. What’s so special? Well, you get all these excellent features for the price of a peanut.

So, we started questioning ourselves. Has Honor cut corners somewhere? And, what really is GPU Turbo? Answers to such questions and more follows in an extensive gaming performance and benchmarks test – Mr. Phone style.

We began the comparison by running a few benchmarks like Antutu, Geekbench 4, and 3D Mark Slingshot. Before running these tests we followed a few standards:

Starting with Antutu, the Honor Play scored a respectable 2,07,689 but the OnePlus 6 topped it with a score of 2,85,660, which is probably the highest on a smartphone today.

But, this was completely expected, because the Kirin 970 is more than a year old. In comparison, the SD845 is much newer. And, in Huawei’s defense, last year’s flagship from Qualcomm – the Snapdragon 835 – in the OnePlus 5T – scored only 1,86,000.

This indicates that the Kirin 970 is significantly more powerful than last year’s flagships. This finding is interesting because it wasn’t the case last year when – Kirin 970 flagships like the Honor View 10 – scored only somewhere around 1,65,000. Looks like, Huawei has worked hard on the Kirin 970 to push some more juice out of the phone.

OnePlus 6 earns a single-core score of 2421 compared to 1895 on the Honor Play. This is, once again, an expected result. The Kryo 385 cores inside the Snapdragon 845 are very powerful and mature, compared to the Cortex A73 inside the Kirin 970.

Coming to multi-core the same difference is clearly reflected. The OnePlus 6 comes in at 8584 and the Honor Play comes in at 6591. Both these processors have 8 cores, and still, the massively powerful Kryo 385 just put the 845 in a different league itself. That said, the score of the Honor Play is higher than 2017’s flagship phones like the Note 8, Samsung S8, Google Pixel 2 XL, and the OnePlus 5T. This clearly shows that, while it isn’t anywhere close to the Snapdragon 845, it’s better than all flagships last year. And considering, the fact that the price of the Honor play is still less than half of what these flagships cost after a year, it is a commendable performance.

OnePlus 6 uses the Adreno 630 GPU, which is again a beast compared to the Mali G72 MP12 inside the Honor Play. Well, the results certainly agree. The OnePlus 6 scores a whopping 6,271 and the Honor Play scores 3,501.

Well then, what’s all this fuss about GPU Turbo, right? I asked the same question after looking at these results. And the one reason I could come up with, was that since GPU Turbo is activated only for applications it is optimised for – which right now are two games namely PUBG and Mobile legends – 3D mark didn’t activate it. That seems to be the only explanation why the FPS numbers topped out at 20 FPS on the Honor Play.

Now that we’ve looked at all three benchmark scores, one thing is evident here: the Kirin 970 inside the Honor Play is no match for the Snapdragon 845 inside the OnePlus 6. That said, the Honor Play, in our tests, scores much higher than any of the Snapdragon 835 flagships from 2017. This includes the ex-Antutu top scorer – the OnePlus 5T. All of these facts when considered along with the price, make the Honor play a steal really.

So now that we’ve analysed the benchmark scores, let’s see how they translate into real world usage. For this test we played 20 minutes of PUBG, again not because we love PUBG, but mainly because GPU turbo is optimised only for two games at the moment. Support for more games is coming, including the Asphalt 9. We also used Gamebench during this gameplay to record all the different stats from FPS values, to heating, to battery drain, and the results are more surprising than you can imagine.

Also read: Honor 9N review: made for the rebels

Unfortunately, we couldn’t test without GPU Turbo out of the box, because there’s no way to turn it off. 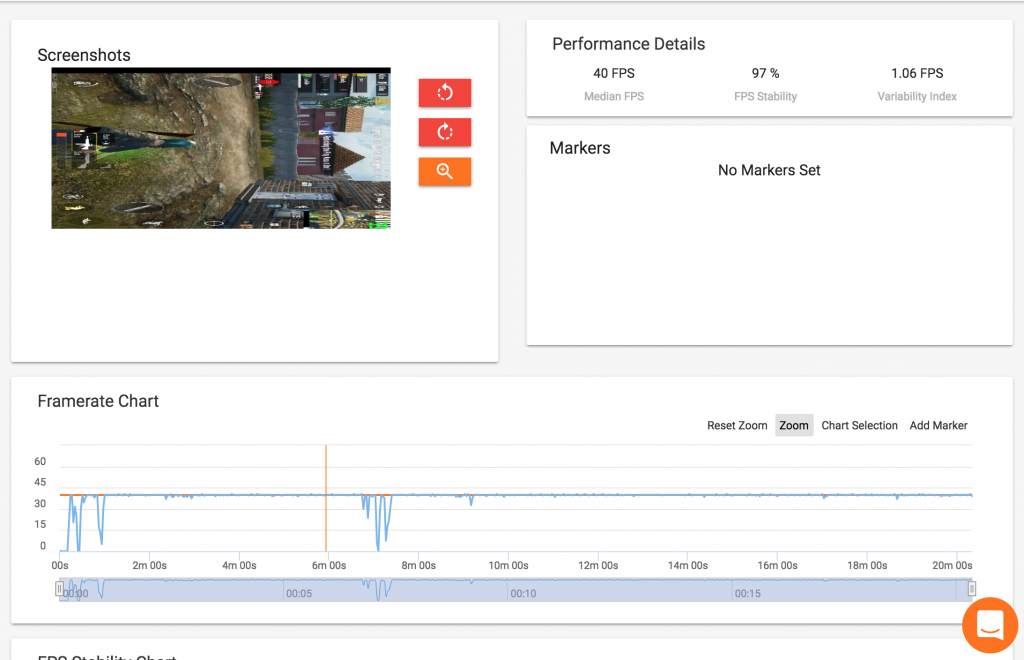 Both the phones had a median fps of 40 which was expected from OnePlus from the 3D mark slingshot test. But, the Honor Play took me by surprise. To see that the Honor play’s FPS graph looks exactly similar to the OnePlus 6’s is an indicator of the fact that GPU turbo is effective. Impressive!

Both the phones also had an FPS stability of 96% and 97%, on the Honor and OnePlus respectively. Which again is something that GPU Turbo promises and clearly delivers on. 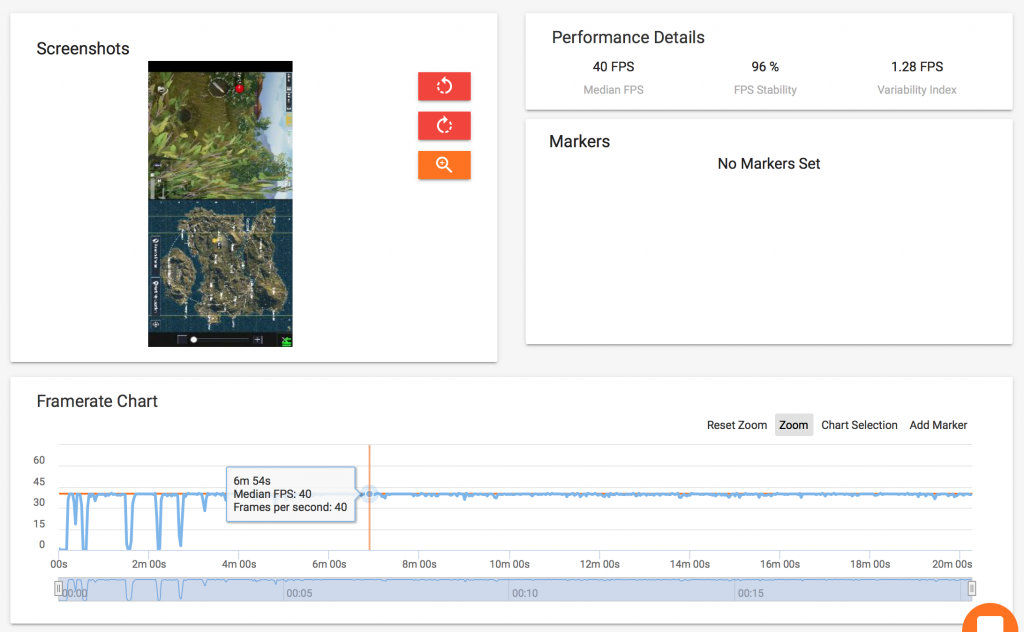 It’s in stark contrast to benchmark results, where they were playing in different leagues, and here there is very little separating the two.

Both drew very similar amounts of power too from their Lithium-Ion packs. However, Honor Play is expected to give you 4hrs 13mins of continuous gaming before the battery drains out. This is significantly higher than 3hr 23mins of continuous playback on the OnePlus 6. It is also in part due to the slightly bigger battery in the Honor Play. But, there’s more to the story. The difference in battery size isn’t worth almost an extra hour of playback, which means there’s definitely something else at play. And, that something else is GPU Turbo.

In fact, a notebookcheck.net benchmark test reveals that this GPU can achieve a maximum of 32 fps on PUBG. However, we’ve noticed ourselves that it achieves 40 fps. Therefore, GPU turbo not only improves battery efficiency but it can also improve the fps, which is cool.

One little thing I noticed is that while the CPU usage for the OnePlus 6 was only around 11.56%, the Honor Play used around 17.87%. This could indicate that the Mali GPU is taking the help of the processor (probably for GPU turbo) to perform at par with Adreno 630. Also, probably one of the reasons for higher temperatures.

Another important thing to point out here is that the OnePlus 6 we used, had 8GB of RAM and the Honor Play we have is the 4GB RAM model. Since, they both use LPDDR4x RAM with the OnePlus 6’s RAM clocked slightly higher, there isn’t much difference in performance. This goes to show that having more or even double the RAM, in this case, doesn’t really reflect in the gaming performance as such.

Is the Honor Play a good phone to buy otherwise, well for that answer you’ll have to wait for our full review that’s coming soon.