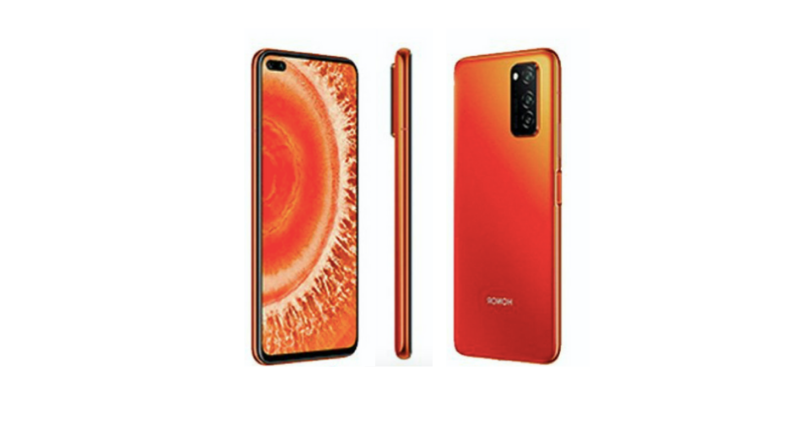 Exactly in a week from now, we are going to see the unveiling of the next Honor flagship smartphone. The Chinese smartphone brand is all set to introduce the Honor V30, a successor to the V20 on November 26 in China. Unfortunate for the brand, a week before the official launch, press renders of the phone have been leaked online. Let’s talk about them below.

Honor V30 Specifications – What you could expect?

The press renders have been shared by 91Mobiles, while they are not high quality, they do give us a better understanding of what to expect. Looking at the images, it’s noticeable that Honor not letting go of its punch-hole design ideology not anytime soon. These images are touted to be an official press render images.

The punch-hole display is believed to be housing dual selfie cameras setup. While the design of the phone isn’t astounding as far as these renders are concerned. It very well reminisces a design language seen on the Samsung Galaxy M30s. We have previously talked about the rear part of the Honor V30, which more or less looks like the Galaxy M30s. 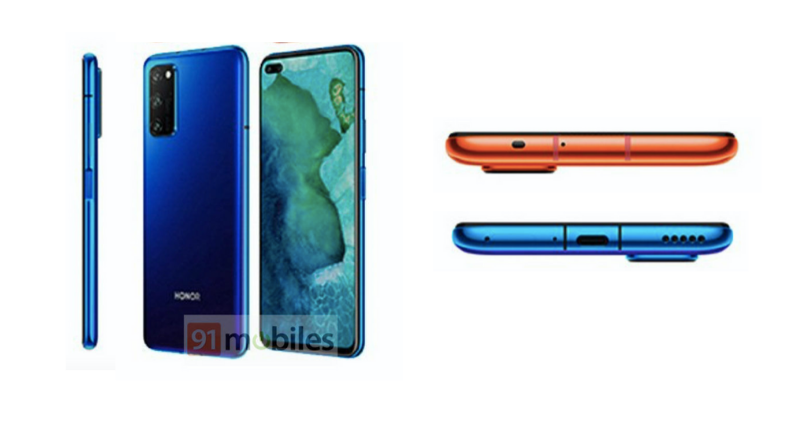 Looking at the renders, its clear that Honor is not bringing the 3.5mm audio jack. Thus making it the first in its lineup to not sport the audio jack. Shipping with a side-mounted fingerprint sensor, the right edge seems to house the volume rocker buttons. There will be a USB Type-C port, microphone, speaker grill and SIM tray on the bottom edge. Whereas the top edge only houses an IR Blaster and secondary microphone.

The renders leaked showcase us it could arrive in two colours; orange and blue. Expect a gradient colour finish. Now as far as the camera department is concerned, we know that it will be coming with the triple rear camera setup. Thanks to the official teaser which gave us a glimpse of the phone. The primary lens is believed to be of 60MP resolution, which is marvelous.

What do you guys think of the upcoming new Honor V30 smartphone? Let us know in the comment section below.