Home | Reviews  | Honor View 20 first impressions: I dare you to take your eyes off this phone

Honor View 20 first impressions: I dare you to take your eyes off this phone 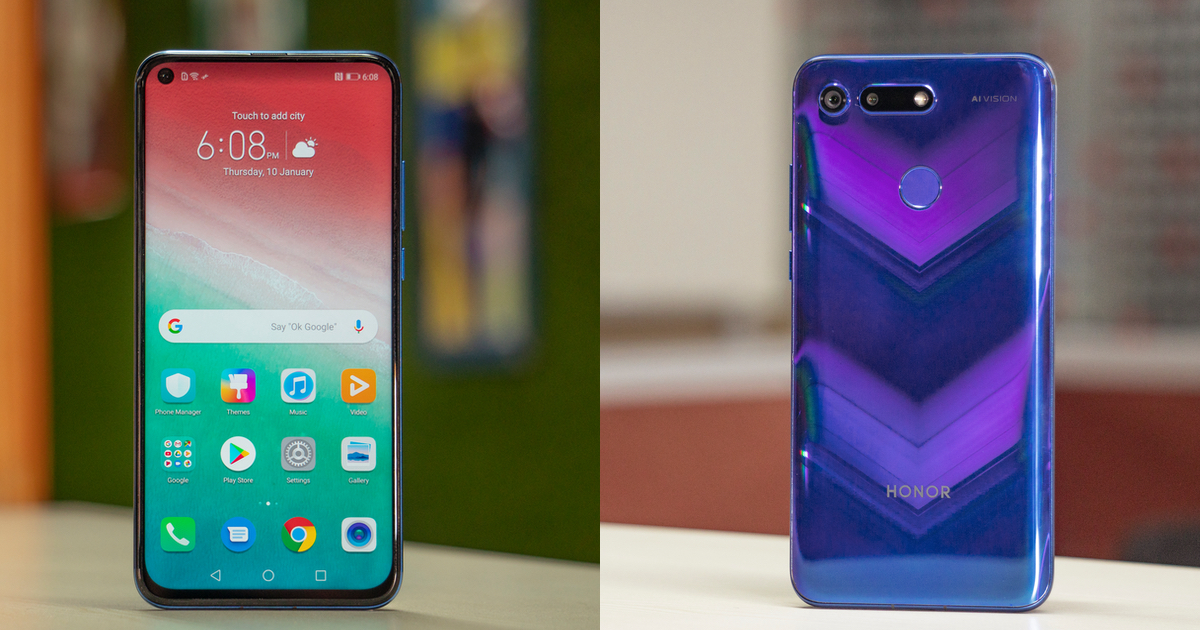 Oh, the glory days of inspired smartphone designs are here again. The notch, the dreaded notch, might soon die a slow death. #SayNoToTheNotch

What we have here is the Honor View 20. Undoubtedly, India’s first phone with an in-display selfie camera to hit the shelves on January 29. Even before I talk about what I feel about View 20, I can tell you this with confidence: this phone is going to ruffle a few feathers in the smartphone industry. Let’s get to my initial “views” on the View 20. 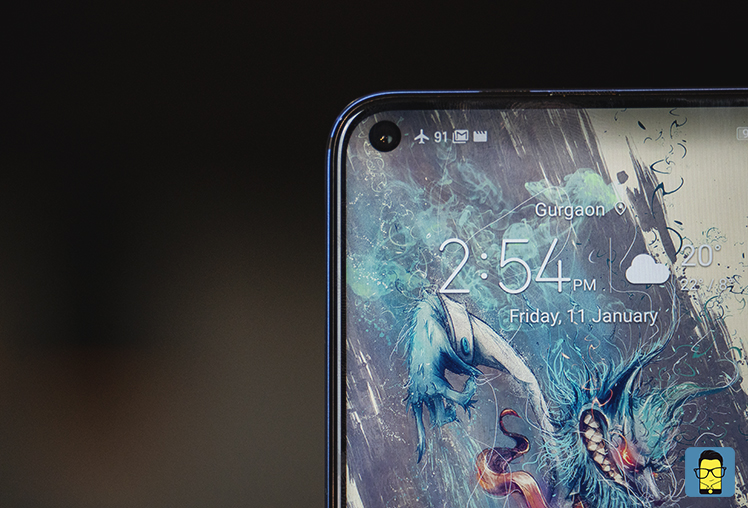 Honor View 20: death to the notch

The moment I fished the View 20 out of the box, the first thing that caught my attention was camera hole in the display. I am still amazed that the in-display camera has already reached mainstream phones. That said, the software still offers you an option to hide the notch. Doubt, I’d like to call this a notch. It is a tiny blip at best. A minor inconvenience, if you must. Apps mostly let the status bar stay the way it is but you can watch the videos in full screen – just like how you’d on a display with a regular notch. Even PUBG works the same way. It can take up the full screen with this tiny camera notch staying out of the way for the most part. It is just a very pleasant experience. Interestingly, Honor claims that the View 20 has a smaller camera hole compared to the Samsung Galaxy A8s. I haven’t seen the Galaxy A8s, so I can’t really tell what the difference really means. But even in theory, a smaller display cutout is any day better and brings us even closer to a full-screen experience. 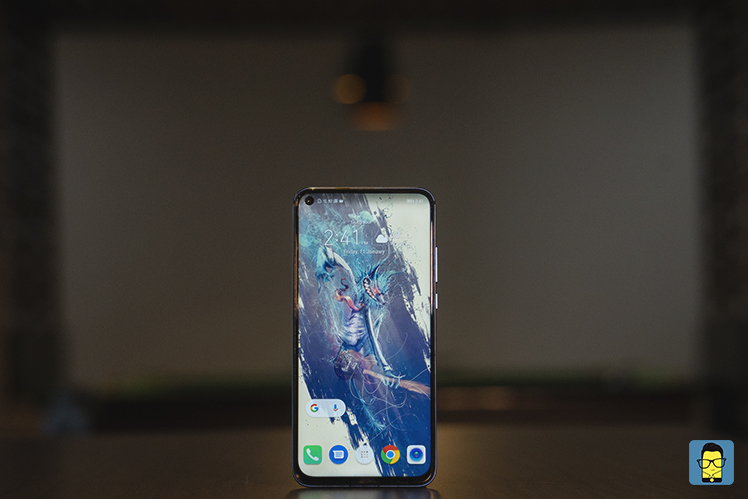 By the way, the display itself is a 6.4-inch IPS LCD panel with a display resolution of 1080×2310. Honestly, my first impressions of the display are great. It offers a very accurate colour reproduction and the touch sensitivity seems to be vastly improved.

It is not just the front that is impressive, the View 20’s rear portion has a glass back with a unique V pattern that gets reflected under direct light. That’s a very creative way to do the branding on the phone itself. Kudos to the designers for that.

But, glass is glass and it attracts fingerprints like Kunal Kamra attracts RSS trolls. The new 48MP sensor on the rear sits separately on the top. And, right next to it is the new Time-of-flight (TOF) 3D camera and the flash inside a separate module. This is a weird design choice but it helps distinguish the different sensors. I’ll talk about the cameras in a bit. 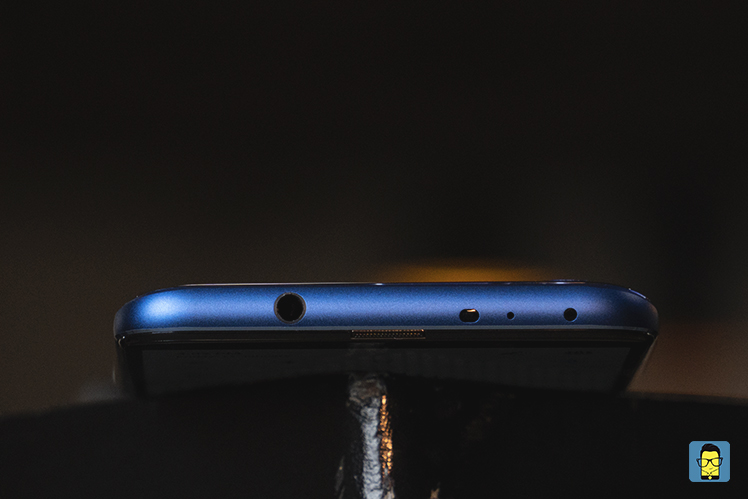 The glass sandwich is protected by a metal railing. Here’s an interesting addition though, in addition to the antenna bands at the top and the bottom, there is an additional one on the right edge. This one helps secure unrestricted cellular network coverage even when your palm blocks the original antenna bands when the phone is held in landscape position while gaming. I shall definitely test this one out for the full review.

As for the rest of the design, you get a Type-C port at the bottom and a single Mono speaker. On the top, there is a 3.5mm jack and what seems to be an infrared port. And, the left edge has the SIM card tray. The buttons are on the right edge and feel adequately tactile. I also like the fact that the power button has ridges on it, which helps distinguish it from the volume rocker. 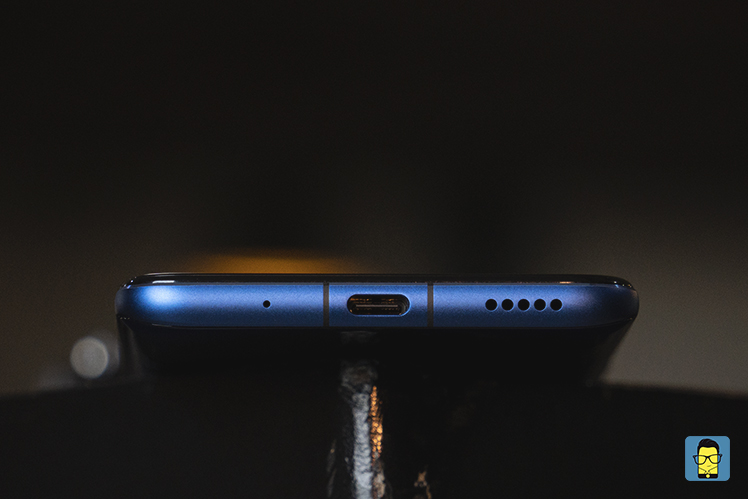 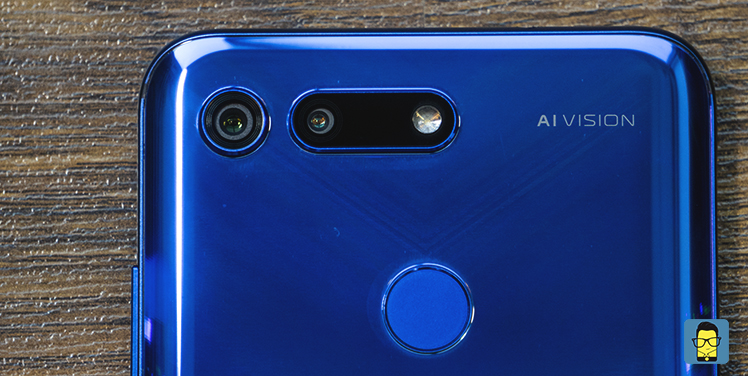 I took a few shots with the rear camera in both 48MP resolution and 12MP resolution. You can see for yourself that the 48MP is slightly softer at full res compared to the 12MP shot. But for all intents and purpose, the 12MP shot should suffice for most folks. It is still too soon to evaluate the pictures, so I will let you check a few samples out. But yeah, a camera comparison is coming! 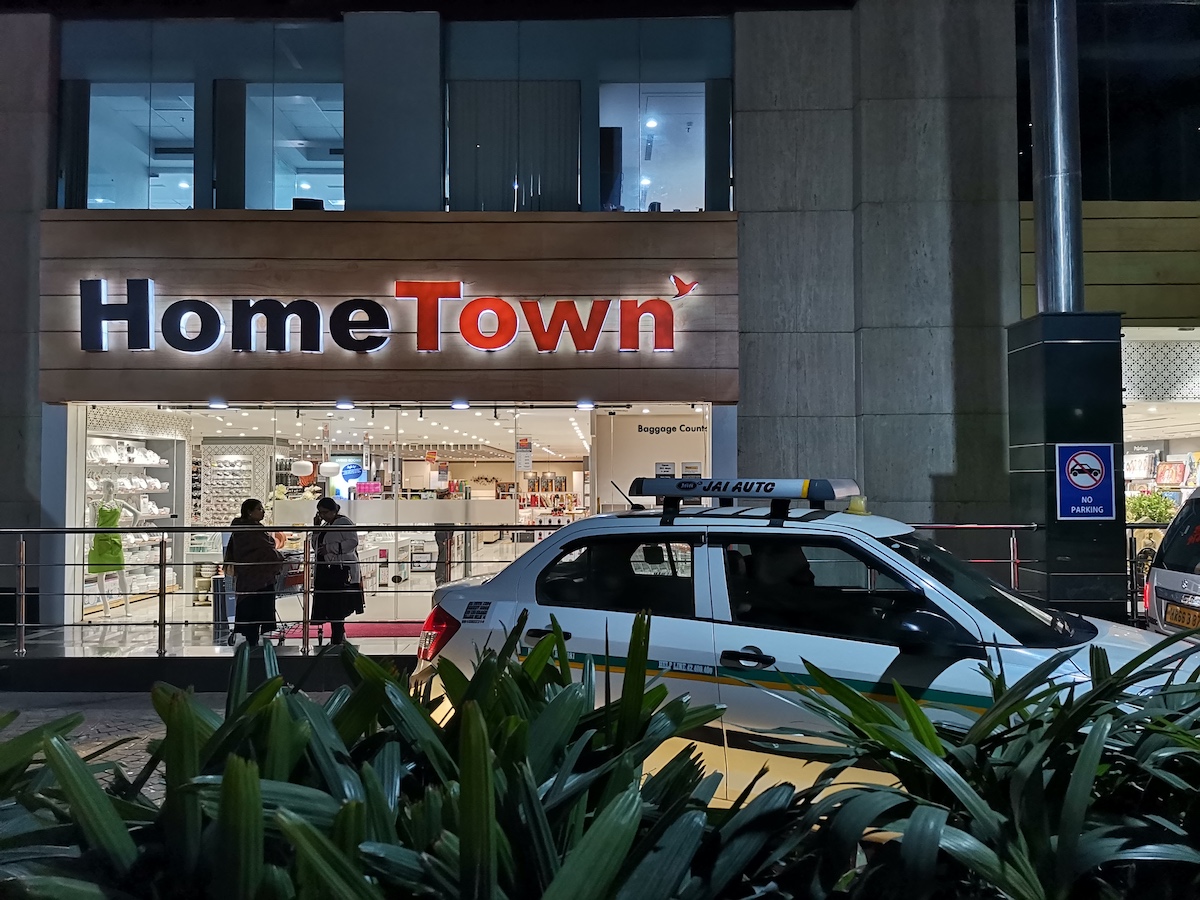 Now, you must be wondering what the secondary 3D TOF camera does? Well, this camera can be used for regular depth detection. Apart from this, you can use it to play 3D games from the play store and use your phone like a Kinect for motion tracking. How cool is that? 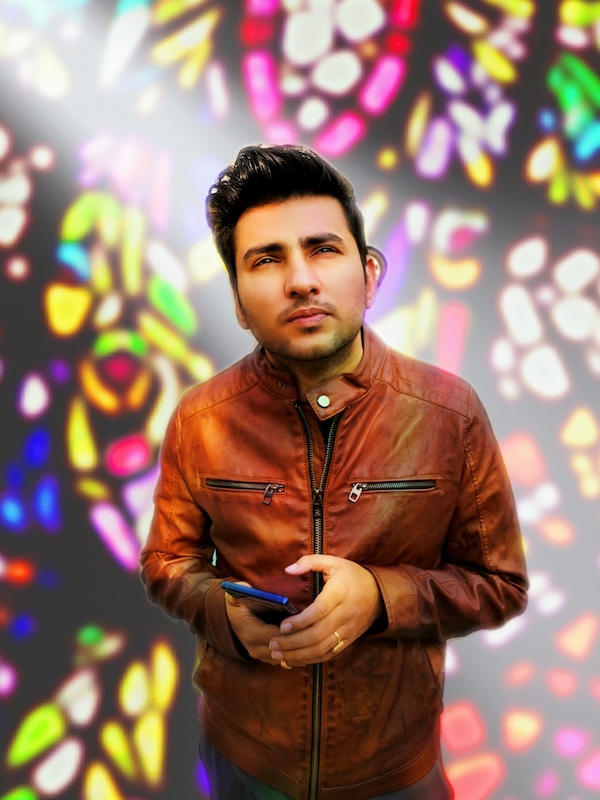 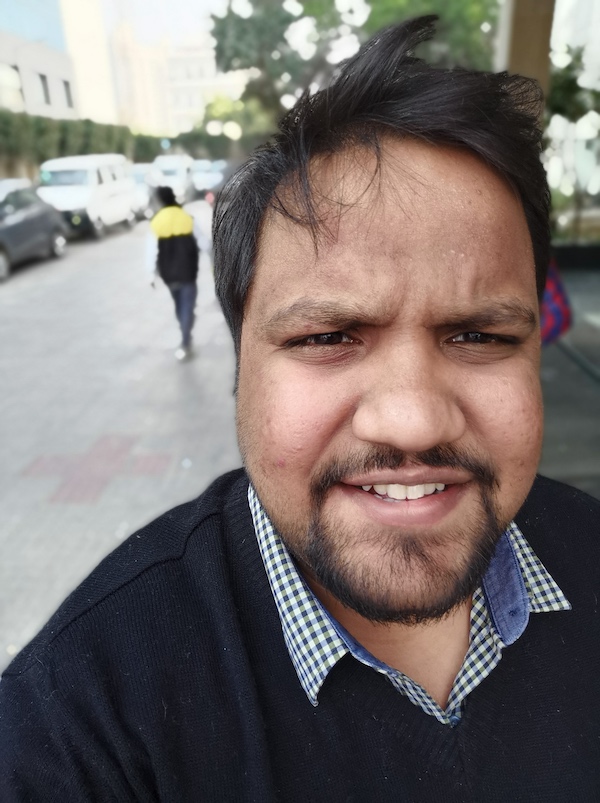 Coming to the 25MP in-display camera with an f/2.0 lens, it takes crisp selfies. Here are a few samples for you to see.  Also, the camera can shoot 960fps super slow motion video that is a little iffy to actually capture but it looks good at first glance. 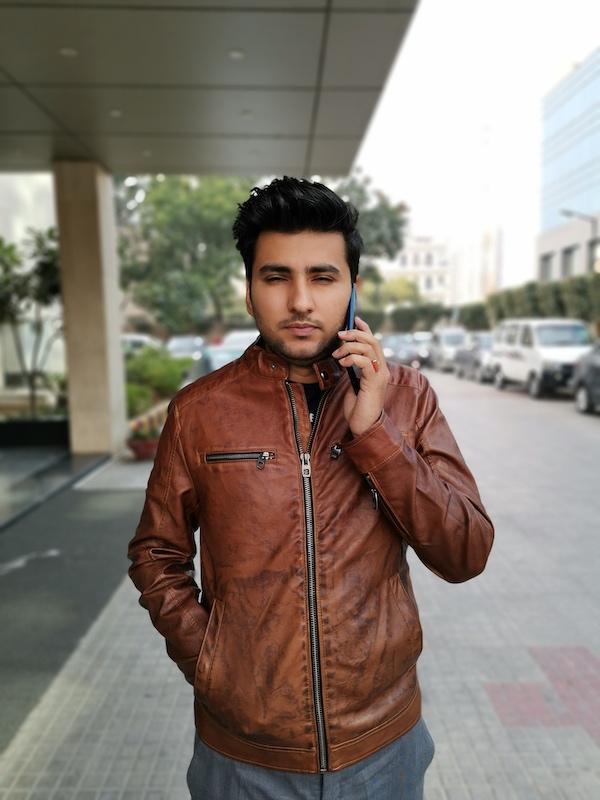 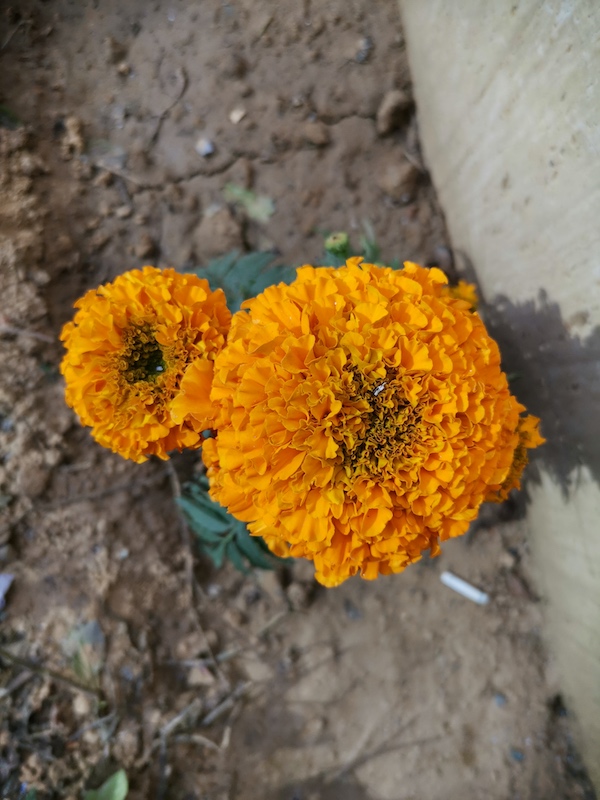 If you want to see the full resolution images captured from the View 10, head to this link. I know you want to. 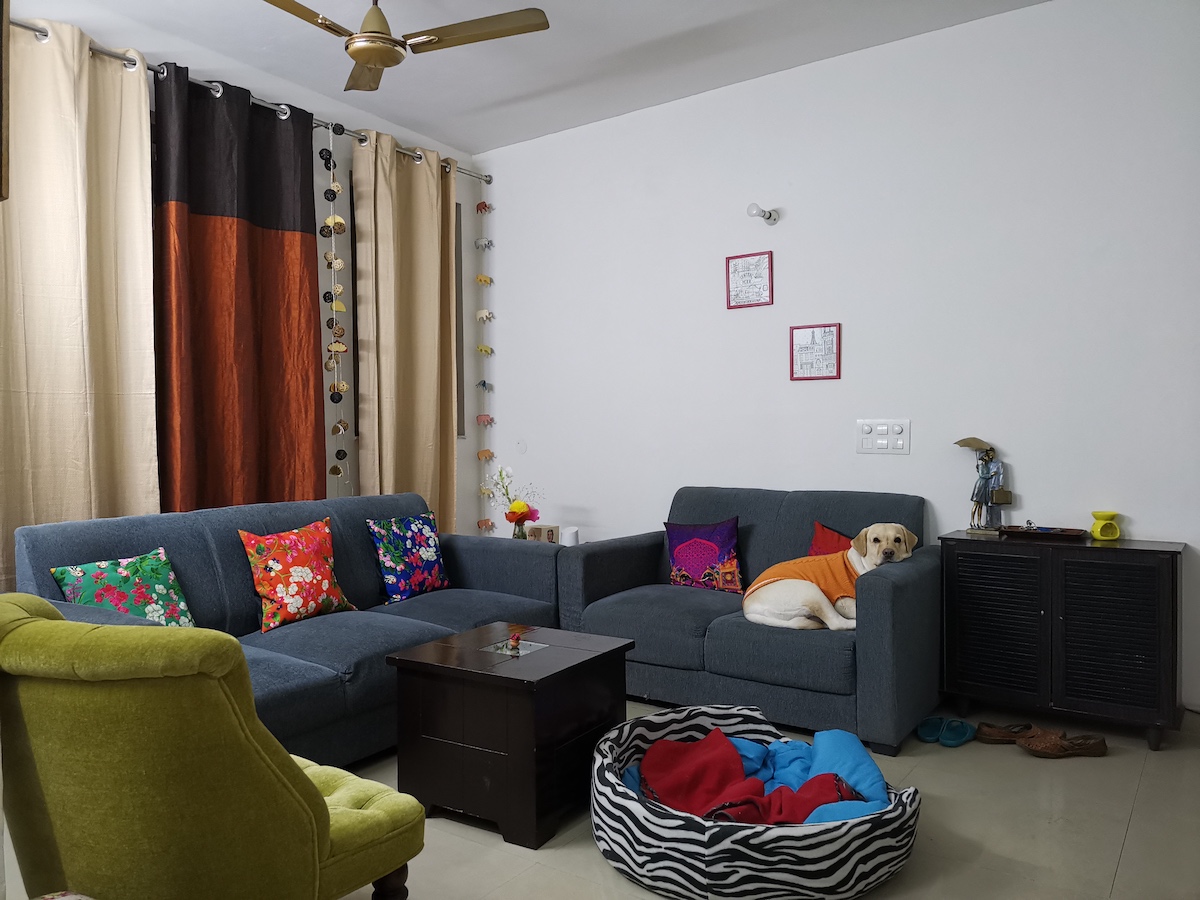 Under the hood, the View 20 pulls no stops. You get the latest 7nm Kirin 980 SoC with 6 or 8 gigs of RAM and correspondingly, 128GB or 256GB of storage. The phone doesn’t offer expandable storage, though. That said, these specs are still pretty high end. You can’t ask for more. Honor has also decided to port the new Magic UI 2.0 software from the Honor Magic 2 for the View 20. Honestly, I didn’t notice too many differences between EMUI 9.0 or Magic UI 2.0 – both of which are based on Android 9.0 Pie. Maybe I need some more time with it. Anyway, it looks like Honor is going with Magic UI for its flagship phones going forward.

The phone is also powered by a 4000mAh battery with Huawei’s Supercharge technology. Yes, the same tech that is also present on the more expensive Mate 20 Pro. 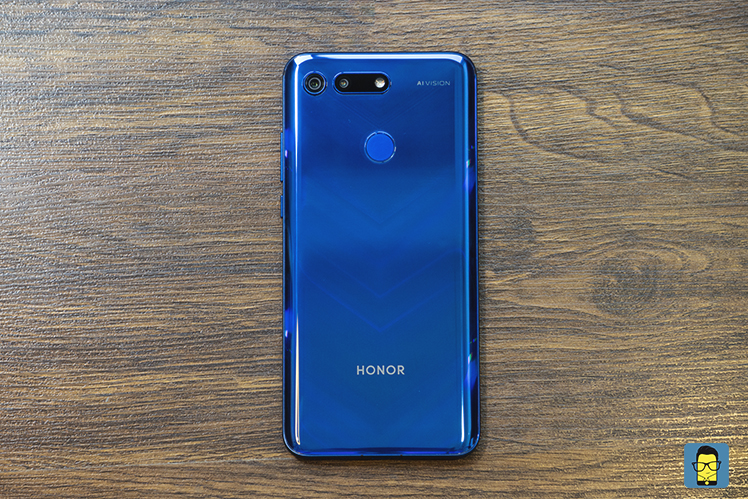 What is fascinating about the View 20, is that despite using the in-display camera tech for the first time, it already feels like a polished product. That’s generally not the case when we have a design transition.

In fact, unlike the in-display fingerprint scanner which still feels a little rough around the edges, the in-display camera feels like a seamless transition with a certain kind of spit and polish I’ve come to expect from new smartphone technologies in the 3rd or 4th generation.

I could be jumping the gun here, but the View 20 already looks like a winner to me. As for my full verdict, keep watching this space for my review of the phone dropping on the 29th. Also, do let me know in the comments section below which phones would you like us to compare against the View 20.