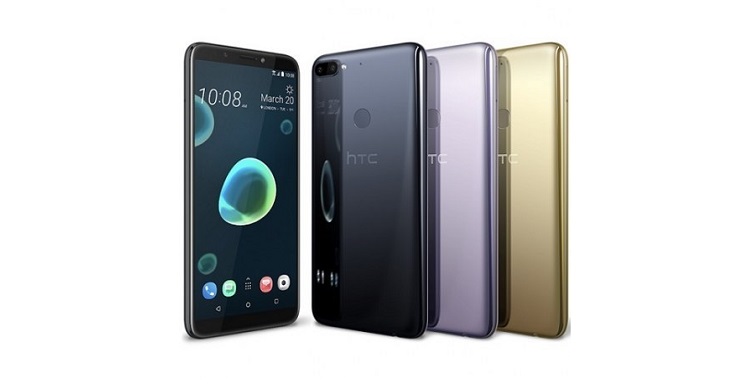 After a global launch in March, the HTC Desire 12, Desire 12+ are now heading to India. The company announced via its Twitter handle that the duo will be on Indian soil by tomorrow, June 6th. Both these two handsets are mid-rangers with a premium build and will be placed in the aggressive mid-range segment in India.

Giving you a quick overview of the HTC Desire 12+, it flaunts a shiny metal body and has a 6.0-inch HD+ IPS display that sits atop a Snapdragon 450 chip. It has 3GB of RAM and 32GB of storage, which is utilized by Android 8.0 Oreo-based HTC Sense UI.

The Desire 12+ uses a dual-rear camera setup with a primary 13MP BSI sensor and a secondary 2MP depth sensor. It comes packed with a Bokeh mode, Face detection, and Panorama mode. The selfie shooter is an 8MP lens with Beauty mode and HDR. Rounding the package is a 2,965mAh battery.

As for the Desire 12, it has a 5.5-inch display with the same resolution as its big brother. The processor is no longer a Snapdragon, it is a MediaTek MT6739 chip aided by either 2GB/3GB of RAM depending upon the model.

The camera is also a slight downgrade with a 5MP sensor on the front. Also, the rear has a single lens 13MP shooter. Tts battery is also smaller at 2,730mAh capacity. Both handsets have 4G LTE, dual SIMs, micro-SD card slot and a micro-USB.

Also read: Lenovo K5 Note and Lenovo A5 announced alongside the Lenovo Z5 in China

Taking cues from the European pricing, the HTC Desire could make your pocket lighter by Rs 14,500 judging from its 185 Euro price tag. While the Desire 12+ could cost around Rs 18,500 if the 235 Euro price is any indication.