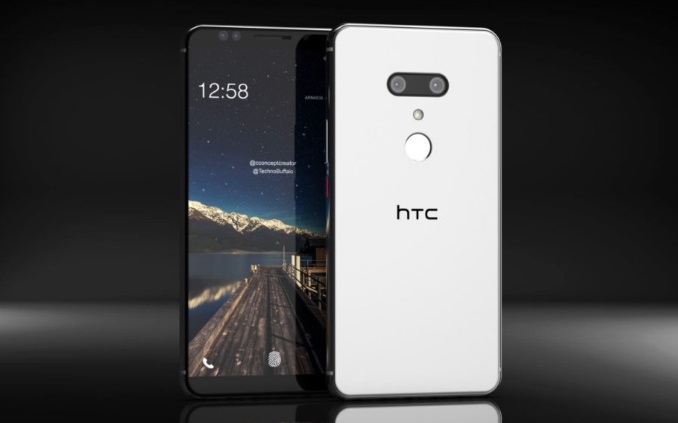 HTC will launch the HTC U12+ this year and the phone has already started receiving a lot of attention. The device has been leaked multiple times and today, fresh renders of the phone have appeared online. HTC has skipped over the “HTC U12” and has decided to call it the U12+ instead. Does it mean that we can expect some major upgrades? Only time will tell.

Also read: The upcoming 5.85-inch version of the iPhone X likely to be cheaper than the original

A 3D artist has taken all the previous leaks and designed this render of the HTC U12+. There is no confirmation regarding its authenticity but we would definitely love to satiate our curiosity bugs. The renders have revealed a glass back panel on the phone with slim bezels on the sides. However, in the images, the top and bottom bezels are prominent. The phone is likely to come with a quad camera setup.

This means that it will carry dual main shooters and selfie snapper. The leaked renders have shown a horizontal dual rear camera setup, coupled with Dual LED Flash and a fingerprint sensor below it. The renders show the HTC U12+ in three colours – Black, Red and White. 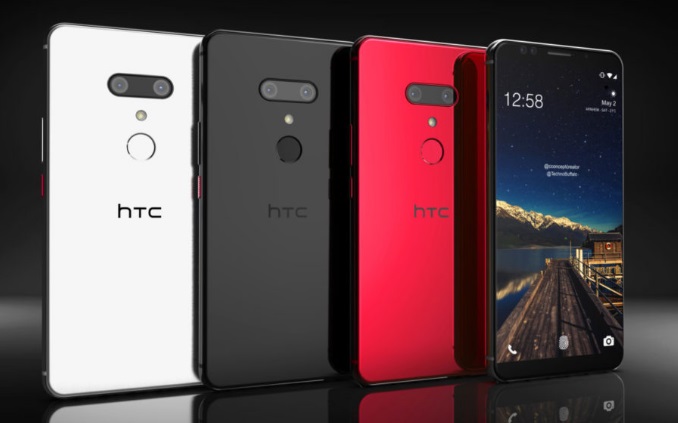 These are just concept renders and one must not think of them as official images. It is expected to arrive with premium specs and features. Qualcomm Snapdragon 845 octa-core processor will power the phone with 6GB of RAM and 128GB of ROM. The device will carry a 6.0-inch WQHD+ display with an 18:9 aspect ratio display. The cameras on the phone will include a 16MP + 12MP setup on the back and an 8MP + 8MP setup on the front. 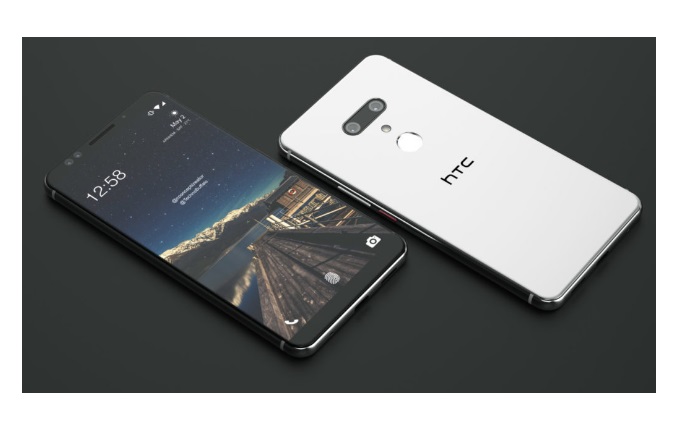 The fingerprint sensor will reside on the back and the phone will have a Facial Recognition feature as well. The battery on the HTC U12+ is expected to be 3450mAh. The phone can land on the market next month or in May. HTC will also introduce budget friendly Desire 12 and Desire 12+ smartphones in this year. You must take all this information with a proverbial grain of salt. We will keep you updated with all the latest happenings.

Do you find these renders credible? Let us know in the comments section below. Stay tuned to  Mr. Phone and download our app to get the latest updates from the world of smartphone technology.