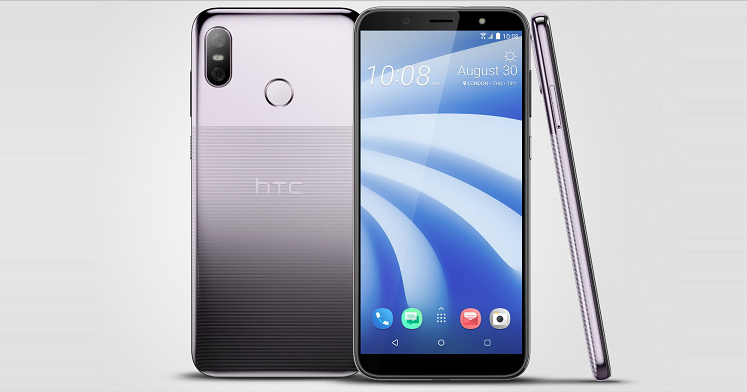 While IFA 2018 has kicked off today, HTC has unveiled its brand new mid-range smartphone, the HTC U12 Life. Now, this isn’t a surprise launch as the company had issued a teaser earlier. The HTC U11 Life successor brings a slick and funky new design at the backside. It is much reminiscent of the two-tone Pixel 2 colours but it is much shiny and has different shades. And we know HTC excels at making those shimmering back panels.

The build and design is probably the high point of the HTC U12 Life with the lower half having very minute stripes and the upper half being a plain shiny coating over glass and metal. It will be sold in Moonlight Blue and Twilight Purple.

In terms of specs, you’ll find a Qualcomm Snapdragon 636 inside supplying the processing power. The front 18:9 panel is 6.0-inches and has Full-HD+ resolution. If anyone’s buying an HTC mid-ranger and they hate notches, this seems to be a good new option.

It’s rear cameras present you with an array of 16MP + 5MP sensors and the front is endowed with a 13MP single sensor with f/2.0 aperture. The dual-SIM device has 4GB/6GB RAM and 64GB/128GB storage options as well as a 3,600mAh battery. It also a headphone jack, USB Type-C and NFC and of course, Android 8.1 Oreo with HTC Sense. HTC U12 Life starts at £299 and it will be available in Europe late September. Sadly, there are no plans to bring this to the US.