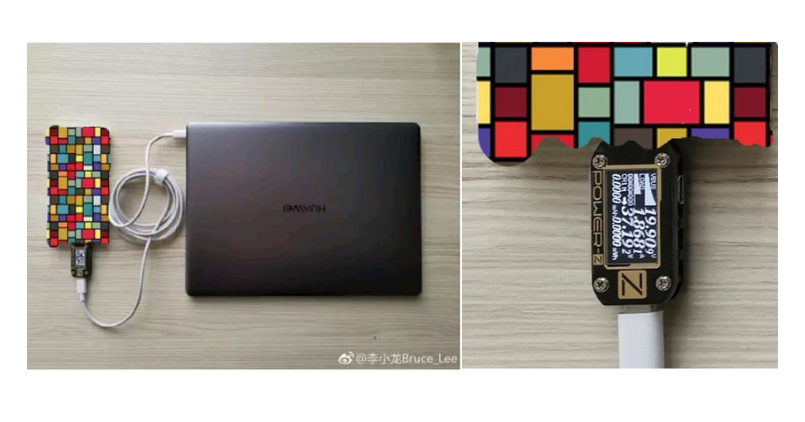 If you didn’t know it already, these newly released MateBooks comes with a 65W USB Type-C power adapter support. According to a post on Weibo by Huawei executive, the company is developing a 40W powerbank that’ll be the companion to the MateBook. In situations like on the road or no power unit around you, this power bank would be an ideal way to keep the MateBook battery charging.

The Huawei executive, VP of Business, Li Xialong Bruce Lee shared a photo, It showcased a covered device connected to MateBook is charging the laptop. The only explanation of this picture is that it charging the MateBook. All thanks to the Power-Z USB voltage current tester, it is learned that the total power drawn is 37.19W, which lead us to believe it could be a 40W power bank.

Of course, it won’t be as efficient as the 65W USB Type-C adapter that comes with new Huawei MateBooks. But it shall be enough to make it last long enough until you get back to the power unit or get off the road. Further, any USB Power delivery supported smartphones/devices should be able to charge using this unannounced power bank from the house of Huawei.

So far there is no information when this Huawei 40W power bank would be making its way to the market. But it is believed that Huawei may not take long, as the company also has an event lined up for the P30 series smartphone launch later today in Paris.