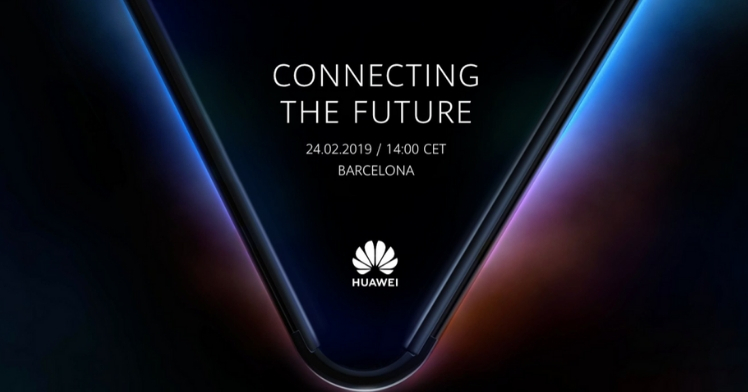 A foldable phone might be the future! Well, at least that’s what we have been hearing from the industry so far. One by one brand is getting immersed in this sci-fi fantasy imagined decades by filmmakers. Probably acting on the pressure, the brands have started to unveil its plans of the foldable phones. Huawei is the latest entrant to be more vocal about it. The Chinese smartphone maker has shared new teaser on its global handle that suggests a foldable phone announcement is in the queue at MWC 2019.

Huawei Foldable Phone: Could it be true?

While this won’t be the first time that we are hearing about Huawei’s plans to jump on to this bandwagon, as the CEO Richard Yu has straight up confirmed his company’s plans to introduce a foldable phone. The fact that we should take into consideration is that the brand is likely to showcase its prototype and it may not be available for mass production until by the end of this year, or maybe next year.

Interestingly, this would be directly competing with the Samsung’s foldable phone dubbed as Galaxy Fold or Galaxy F.  We have been hearing about that for quite a long time. Samsung clearly wanted to perfect the technology before it mass produce its phone. But the fact that the brand is stated to introduce only a limited number of units for sale once its out confirms the low expectation of the brand.

Also read: OPPO foldable phone could be showcased at MWC 2019

This may go with the Huawei’s foldable phone plan as well or for the matter any manufacturer who is interested in introducing one as soon as this year. It will definitely take time for the users in the market to get adapted to new design language and probably a new interface as well.

Huawei is not alone in this game

Apart from Huawei and Samsung, Xiaomi has also expressed its interest to jump into this category, as they have already showcased a demo of its working prototype. Funnily, the brand has been looking to crowdsource the name of its first foldable phone as shared on the mentioned tweet.

Huawei would be conducting its MWC conference on February 24, 14:00 CET in Barcelona, which would be after Samsung has made its S10 announcement on February 20. It is possible that Samsung may announce its Galaxy Fold during that event itself. Or may make an appearance at MWC stage with its foldable phone.

You guys should stay tuned to Mr. Phone for any new regarding the MWC 2019 announcement as would be bringing live action on our website, YouTube, and social profiles. Also, don’t forget to watch our new video series, Tech Samachar, which is our efforts to bring you Hindi news in an all new avatar.