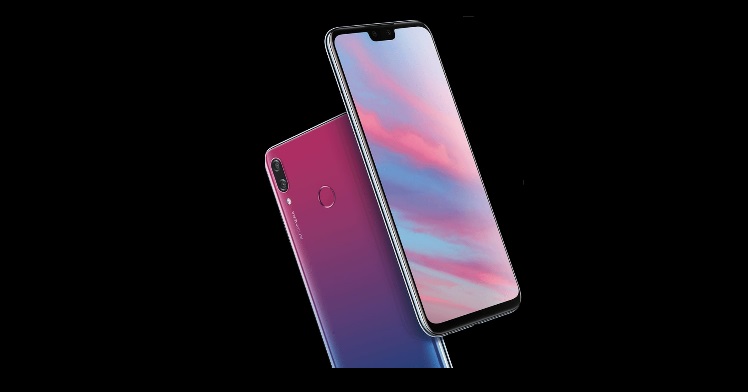 Huawei launched the interesting Enjoy 8 Plus in March this year with a price tag of $270. Now, the successor of this phone has been leaked by a credible tipster on Twitter. The Huawei Enjoy 9 Plus seems like a satisfactory update from the leaked picture and specs. However, we do not know anything about this phone’s arrival and launch price yet. Another important thing to note is that the company doesn’t sell the Enjoy series in India so, we can’t really expect this beautiful device to land here.

According to the tweet, the Huawei Enjoy 9 Plus will come with a 6.5-inch TFT LCD display with a resolution of 1080 x 2340p. The device has a notch on the top and while some people might be against its presence, it actually helps in increasing the screen-to-body ratio of the phone. The predecessor of the phone had visible top and bottom bezels but on the Enjoy 9 Plus, this isn’t so. 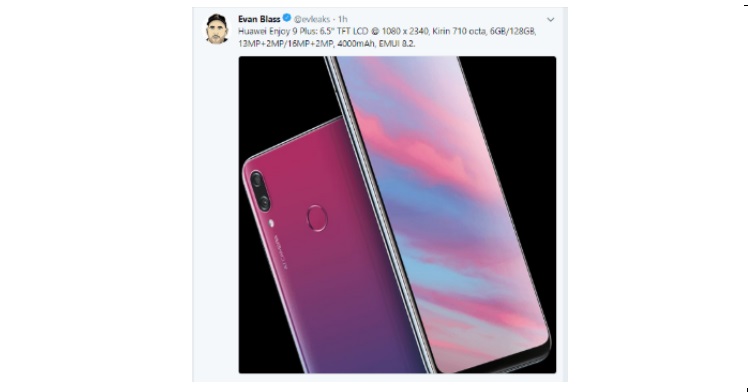 Coming to the cameras, the device boasts a vertical dual camera setup on the back and two selfie snappers placed neatly in the notch. The back camera on the phone will have a 16MP + 2MP setup while the selfie snappers will have a 13MP + 2MP sensors. The Huawei Enjoy 9 Plus is expected to have the ability to click Portrait Mode shots through front cameras as well. The rear panel is also a home to a fingerprint sensor placed just below the camera setup. We can expect Huawei’s special Twilight gradient finish on the back panel as well,

Additionally, the device will have a big 4000mAh battery which is likely to perform nicely. Software-wise, the Huawei Enjoy 9 Plus will run the EMUI 8.2. However, we aren’t sure about the presence of Android 9.0 Pie on the phone. Since such detailed specifications and image have been leaked, we can expect the phone to launch soon.

Would you want this device to launch in your home country? Let us know in the comments section below. Stay tuned to Mr. Phone for more updates.