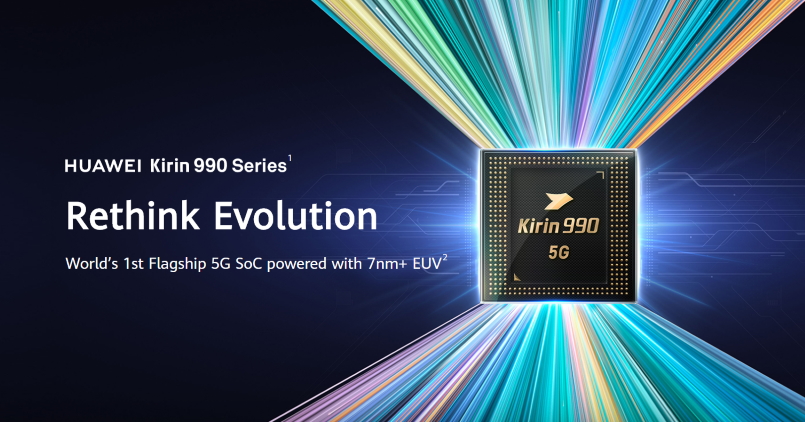 Despite its issues with US thanks to the trade ban, Huawei as continued working for the development of new smartphones and technologies. The company is expected to launch the Huawei Mate 30 series soon, and we now know what kind of hardware it will be running. The Chinese giant has announced the Kirin 990 and has further stated that the chipset will be making its way to India soon. Let’s see what the new powerhouse from Huawei is all about.

Huawei first announced the Kirin 990 5G processor at IFA 2019 earlier this month. This is the company’s first mobile processor with an integrated 5G modem. It is based on a 7nm EUV process that will also offer better power efficiency compared to processors with a separate 5G modem like the Kirin 980. They come with 16-Core Mali-G76 GPU, compared to 10-Core in the Kirin 980 SoC offering 6% improvement in graphics processing performance.

The SoCs have 2 (Big Core) performance + 1 (Smaller Core) ultra lower consumption Da Vinci-based NPU. In terms of camera optics, the Kirin 990 5G adopts new ISP 5.0. As a result, the throughput rate is increased by 15%, the energy efficiency is increased by 15%, the video processing capability is improved. There is also a new BM3D dual-domain video noise reduction technology in which video noise reduction capability is improved by 20%. You can check out our detailed coverage about the chipset below.

Huawei has officially announced that the Kirin 990, with its 5G variant, will be making its way to India soon. This can only spell out that the Mate 30 series will be launched in the Indian markets too. That said, there is still a lot of confusion over Huawei’s devices and Google’s services. As such, it would be interesting to see if Huawei’s new smartphones, despite having one of the most powerful SoCs out there, would find consumers here or not. Stay tuned to Mr. Phone to get notified of all the buzz in the technology world.