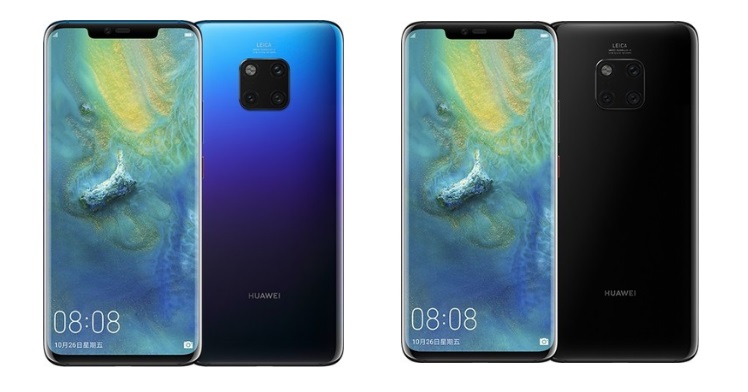 Last month, Huawei hinted that it would be launching its new Mate series smartphone, the Mate 20 Pro in India when the company listed a teaser page for the device on Amazon India’s website. Now the company has confirmed that its new flagship smartphone is coming to India on November 27.

In less than a week, India would be witnessing the launch of Huawei’s next premium smartphone. Let’s talk about what this handset would be bringing to the competition of existing flagship smartphones in India.

The internals of the device includes a 7nm process enabled Kirin 980 chipset, which is said to bring inbuilt AI power to the system and a set of interesting features that you should hear about in detail once we get the phone in hand. It would be running on the latest EMUI 9.0 based on the Android 9 Pie.

The biometric security is offered in two ways, one is through Face ID and second is through under the display fingerprint sensor. The connectivity features include all Wi-FI standards, Bluetooth 5.0, NFC, GPS, and USB Type-C. All this is powered by a 4200mAh capacity battery, which supports 40W SuperCharge fast charging technology. Interestingly, there is a support of Qi 15W wireless charging and wireless reverse charging.

What is camera setup on Huawei Mate 20 Pro?

In the camera department, it will be sporting a triple rear camera setup with LED flash in a square placement. The primary lens is of 40MP with f/1.8 aperture, whereas the secondary lens is of 20MP resolution with f/2.2 aperture and it offers an ultra-wide FOV. The third lens works as a zoom lens and it is called a telephoto lens, it will have an 8MP resolution with f/2.4 aperture size and a 5X optical zoom. Further, there is a support of PDAF, laser AF, and OIS in this camera setup. Note that the company has partnered with Leica to get its camera setup engineered by the team at Leica optics.

Huawei is all set to bring its flagship smartphone by the next week to its Indian consumers. And it could be priced around Rs 85,000 to Rs 90,000. Looking at its European pricing at 1049 Euro, which roughly translates to Rs 88,000. That, of course, looks like an expensive entity, but Huawei’s Mate series have always been expensive than its competition in the Android smartphone arena.

Would you be willing to wait for this beast to arrive in India or go for any other flagship? Let us know in the comments section below.