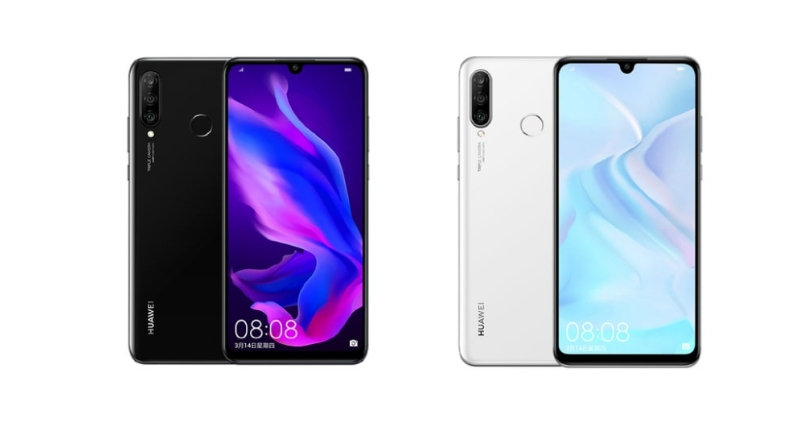 Huawei is all set to unveil its next mid-ranger in China. The upcoming Nova 4e has been the talk of the town for the brand. It has been leaked several times including the full specifications and some (mugshots) plain renders of the phone.

The Chinese giant must be excited for its revealing tomorrow in China, but that is invaded now. We have got the exclusive look of the Huawei Nova 4e. The courtesy of MySmartPrice, there has been an extensive press renders leak of the phone. It has been leaked in full glory!

If you have been living under the rock or doing a lot of Netflix lately with no idea what’s going on in the tech world lately. Then, you must know this handset would be Huawei’s first 32MP selfie camera, as per the rumours. So, far only offered by Vivo’s V15 Pro.

Plus, it would be the company’s first mid-ranger with triple rear camera setup. Yes, you heard that right, folks. Call it a mini Mate 20 Pro, or maybe not, but it could give the same look and feel. Or maybe better, since it would be rocking a waterdrop notch compared to the rectangular one on the flagship.

Talking about the internal specifications, it will be powered by a Kirin 710 processor, which has been housed on a lot of phones launched last year by Huawei and its sub-brand Honor. It is said to sport a 6.15-inch full-HD+ resolution display with 3240 mAh capacity battery. The camera department is tipped to pack a 20MP primary lens, supported by a 16MP secondary and a 2MP depth sensor.

What do you guys think of the Huawei Nova 4e? Should it arrive in India as well? Let us know in the comment section below.