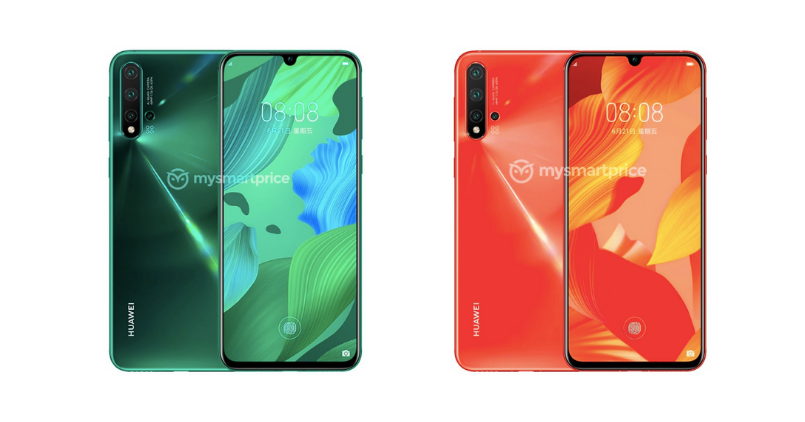 Huawei is all set to launch its new Nova 5 series smartphones in China later next week. The line up is said to include three phones – Nova 5, Nova 5i, and Nova 5 Pro. A recent report has popped up on MySmartPrice in partnership with Ishan Agarwal, about the Nova 5 Pro renders and specifications. Let’s talk about it below.

The press renders leaked of the Huawei Nova 5 Pro suggest us a variety of features and specifications it will be sporting. Starting with the colours, it is reportedly getting four colours, including Green, Purple, Orange, and Black.

Unlike the Nova 5i, which is believed to sport a punch-hole design, while the Nova 5 Pro will have a waterdrop-notch display design. Further, talking about the looks, there seems to be no fingerprint sensor on the rear. That’s because of its presence on the front as an in-display fingerprint sensor.

You can see the quadruple camera set up on the rear in a vertical fashion placement. Where the three sensors are placed in a single module along with LED flash. But the fourth sensor is placed just right outside the module. 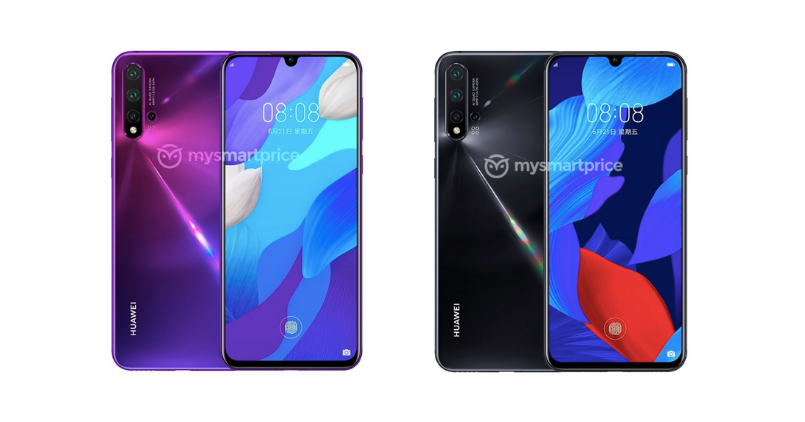 Talking about the specifications of the Nova 5 Pro, it is said to be powered by Kirin 980 SoC, which Huawei’s 7nm chipset. The RAM and storage configuration is said to be – 8GB + 128GB and 8GB + 256GB. The details of the camera and further specifications are unknown. You’d have to wait and watch as the launch date comes closer.

Ahead of the official launch announcement in China, the handset has already been listed on the country’s leading online retailers. But unfortunately, there are not many details available on the respective e-commerce websites as well.

What do you guys think of the new upcoming Huawei Nova 5 Pro and other Nova 5 series phones? Would Huawei release these phones in India? Let us know in the comment section below.