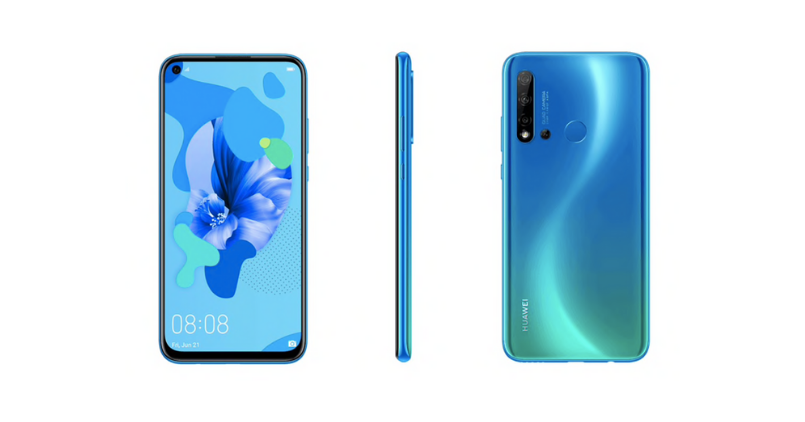 Huawei seems to be working an improved version of the P20 Lite, which could be dubbed as Huawei P20 Lite 2019. All thanks to WinFuture for posting the renders of the upcoming Huawei phone. It is believed to be offering more than just simpler upgrades. Let’s talk about what’s coming on the P20 Lite 2019.

The 2019 model of the P20 Lite is supposed to pack a punch! No not that punch, but a punch-hole display. If that happens, it could be quite a lot of improvement from the rectangular notch on the P20 Lite. It is said to sport a 5.84-inch full HD+ display.

Talking about the internals, it is said to pack a Kirin 710 SoC and could be accompanied by two different configs – 4GB of RAM and 6GB fo RAM. Unfortunately, the battery life won’t be getting an upgrade, it is believed to be similar.

Coming to the camera department, expect a quadruple rear camera setup. Where the primary lens could include a 24MP resolution lens. While the information about the other three lenses is unknown as of now. But we now as per the render that the rear camera setup would be vertically placed.

There will be a fingerprint sensor placed on the rear, as per the image leaked. The connectivity support could include dual-band Wi-Fi and Bluetooth 5.0.

This upcoming Huawei phone is believed to be priced around 280-330 euro, which roughly translates to Rs 22,000 and Rs 26,000. Expect three colour variants of this phone including Midnight Black, Blue, and Charming Red.

What do you guys think of the Huawei P20 Lite? Let us know in the comment section below.