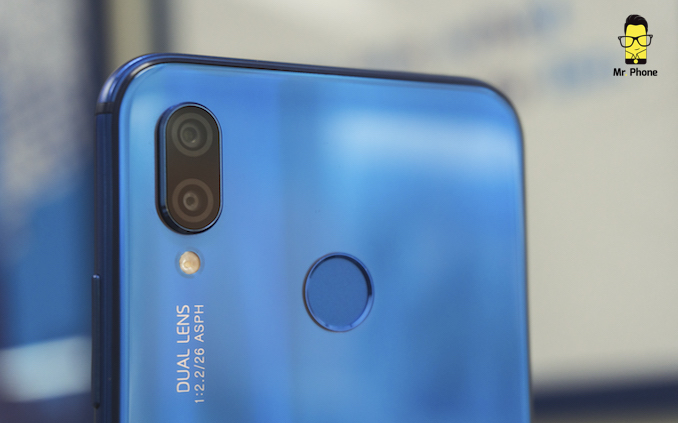 Huawei’s re-entry into the Indian market after a no-show in 2017, brings us two phones: the much coveted camera beast P20 Pro and its more affordable alternative the P20 Lite. The P20 Pro is undoubtedly hogging all the attention from the critics. But, don’t be fooled by its monicker the P20 Lite is anything but light. It packs a decent set of specs and can be a force to be reckoned with under Rs 20,000.

Whether or not it achieves that is what I am going to find out in my full review of the Huawei P20 Lite.

Huawei P20 Lite design: good looks are in the DNA

The Huawei P20 Lite is a good looking smartphone. In fact, I haven’t seen many phones that look as good as the P20 Lite under the Rs 20,000 price bracket. The design is very similar to the more expensive P20 Pro, with a notch in the front. This notch is much smaller than a few other notches I’ve seen recently, and it incorporates the front camera, the earpiece, and the ambient light sensor. 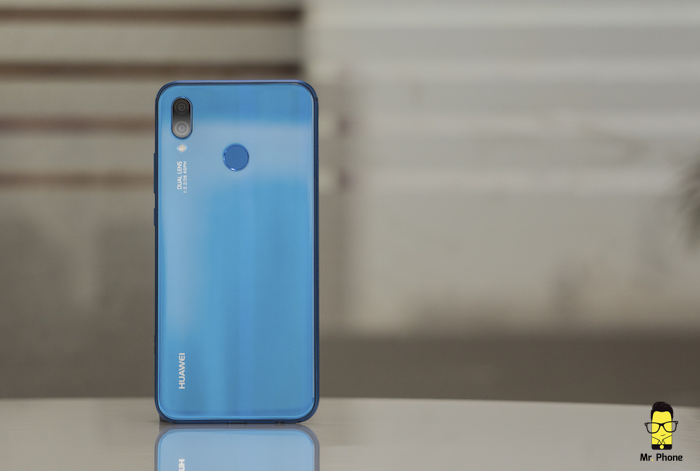 However – unlike the P20 Pro – the P20 Lite has a fingerprint scanner on the rear and not on the front. This fingerprint scanner is fast and accurate. And it better be, because its alternative – the face unlock security protocol – doesn’t work accurately and struggles in less than ideal lighting conditions. Oh and before I forget, the P20 Lite comes with one of the nicest Silicon cases ever bundled with a phone. It has a cutout for the fingerprint scanner. This cutout leads guides your finger into the scanner with a neat little indent. Absolutely helpful.

Moving on, there is a chin below the display which includes the Huawei logo. Thankfully, there is a USB Type-C port at the bottom, flanked on either sides by the 3.5mm jack and a single downward firing speaker. If you are a stickler for symmetric design – like I am – the P20 Lite’s bottom part will annoy you. You will clearly notice that the ports are not aligned properly and look completely out of place. 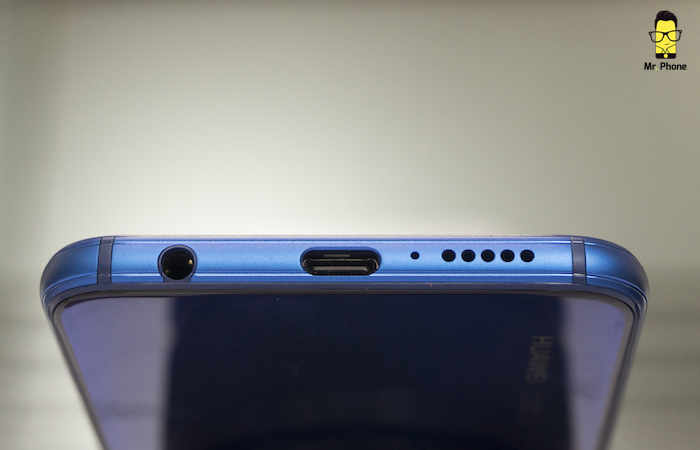 Now, one of the things I don’t know for sure is if the P20 Lite is made of glass or plastic. But I really think it is made of plastic and has a mirror finish – just like the OPPO F7 and the Vivo V9. Our review unit is the Blue colour variant and despite the fact that it smudges easily you cannot actually see it. The rear camera module is slightly raised and therefore the phone tends to wobble when placed on a flat surface.

That said, the P20 Lite is one of the most compact phones I have used in recent times, and that’s notwithstanding the large 5.84-inch display. If you are in the market for a compact Android phone under Rs 20,000, then the P20 Lite is really your best bet.

The P20 Lite’s 5.84-inch display is an IPS LCD panel with an aspect ratio of 19:9. This display outputs at a resolution of 2280x1080p, which translates to a pixel density of 432 ppi. The display is pretty well-calibrated with a fairly accurate colour reproduction. However, the maximum brightness could’ve been better. But there is one thing I really like about the phone: its notch. No, no…I don’t like the notch itself per se but I like how Huawei uses its homegrown software to hide the notch. Not just that, Huawei switches of the notch – by default – on the P20 Lite in landscape mode. This means that your videos and games are not obstructed by the notch. Great job Huawei! 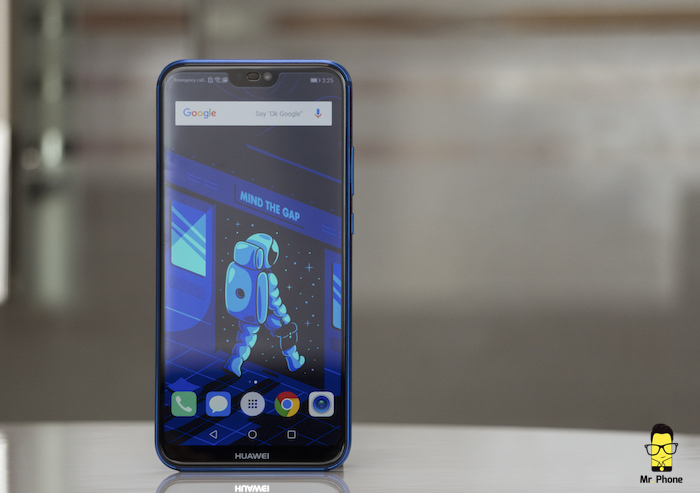 The P20 Lite runs the latest version of EMUI – EMUI 8.0 – on top of Android 8.0. EMUI is a heavy-handed skin that replaces the simplicity of stock Android for a feature rich experience. As always, let me tell you what I like and don’t like about EMUI 8.0. Let’s start with stuff I like. 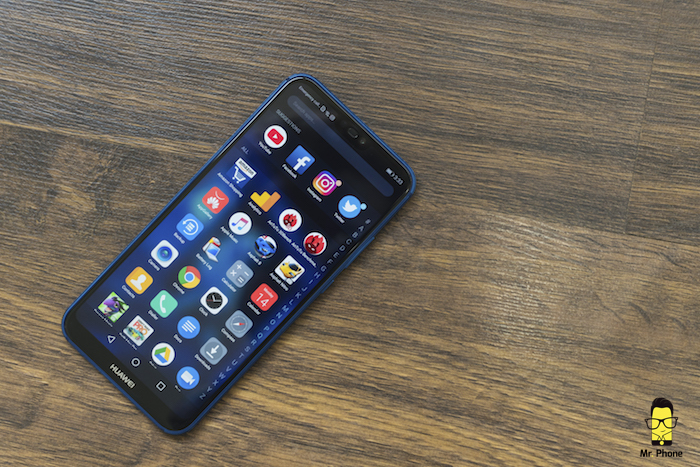 All things considered, I’ve been using EMUI for the longest time – ever since the days of the Honor 4X – and I can say with a certain level of certainty that it has matured over the years.

As far as the cameras are concerned, I did a complete comparison of with the Redmi Note 5 Pro’s shooters. You can watch the video here. While the Redmi Note 5 Pro trumps the P20 Lite in many situations, the P20 Lite does hold up on some occasions. For example, the P20 Lite offers poppy colours which means that shooting the sky during the golden hour looks stunning. Moreover, the built-in HDR mode improves the highlights well. 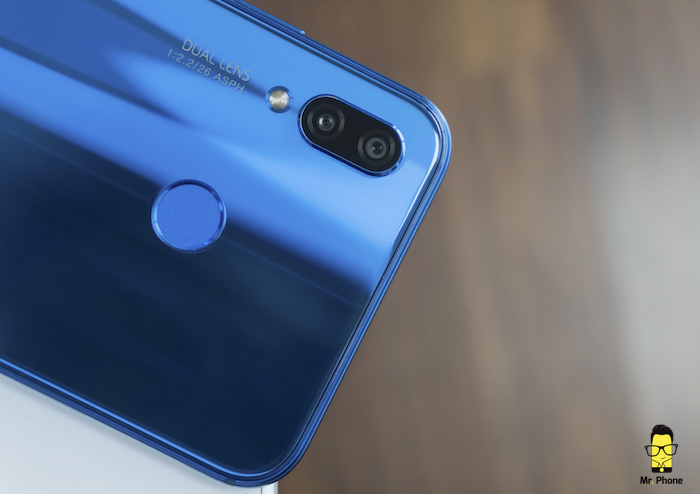 Furthermore, the P20 Lite’s 16MP+2MP cameras do a decent job with the portrait mode as well. Even the low-light shot capabilities of the P20 Lite is better than that of the Redmi Note 5 Pro, even if only by a slight margin. Add a dedicated night mode to the mix and we are talking even better low light shots. Also, the selfies are pretty usable too. You also get AI-based stickers for what it is worth. 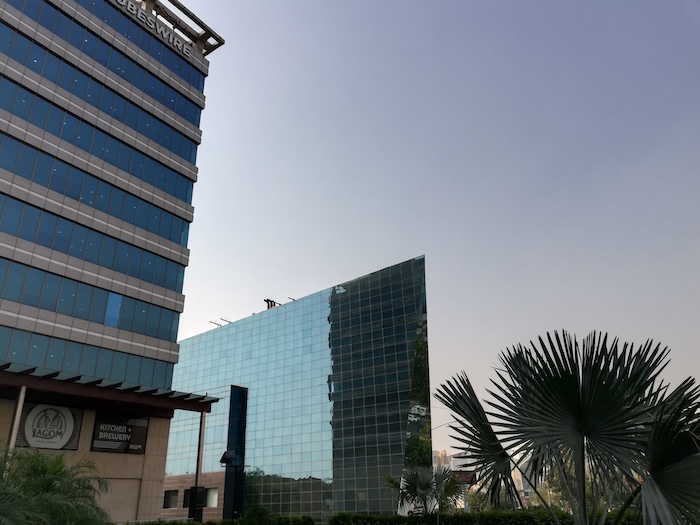 Now the problems start with colour accuracy and exposure control. The P20 Lite’s shots are over-saturated and you can see that the reds clearly look pink. Moreover, the P20 Lite’s auto mode tends to over expose images for some odd reason. The video recording also tops out at 1080p. And, it doesn’t come with any sort of stabilisation, which is definitely a let down. 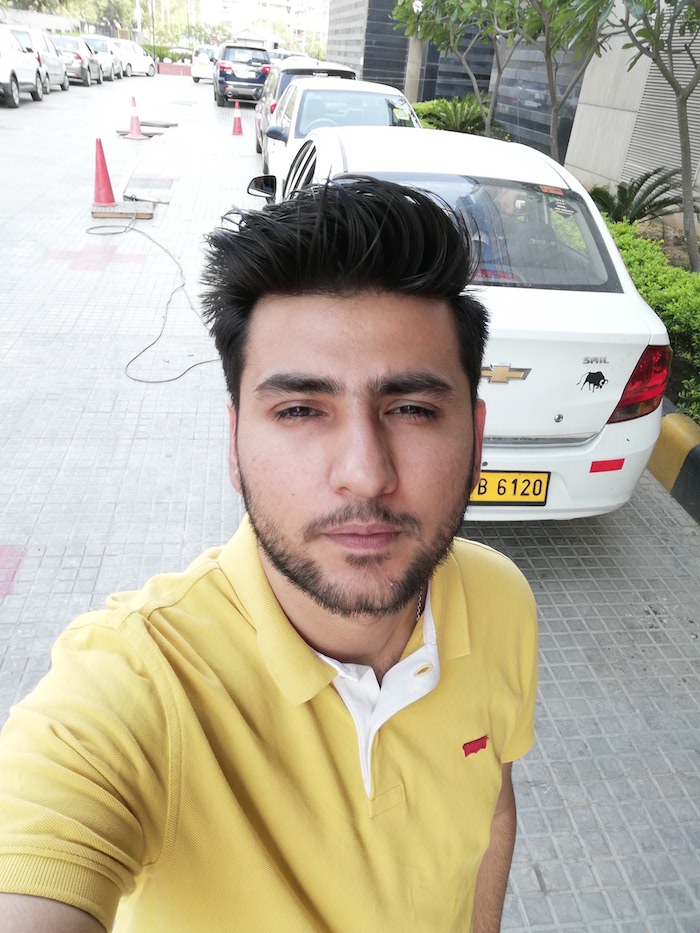 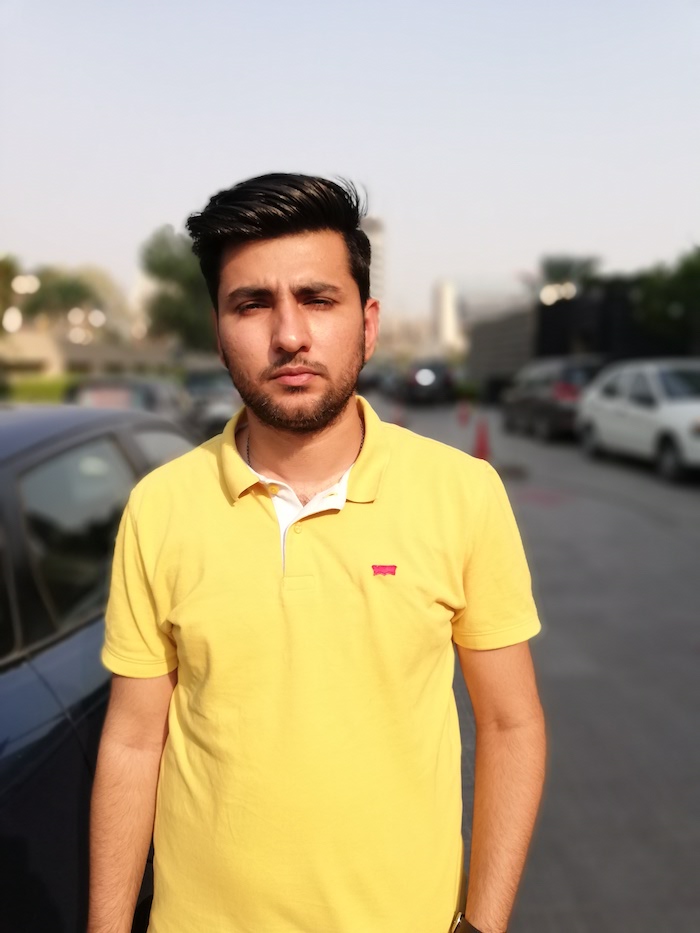 I think quite a few of these problems can be solved with a dedicated software update for the cameras. However, I wouldn’t really put my money on Huawei upgrading the camera performance on the P20 Lite, of all phones. 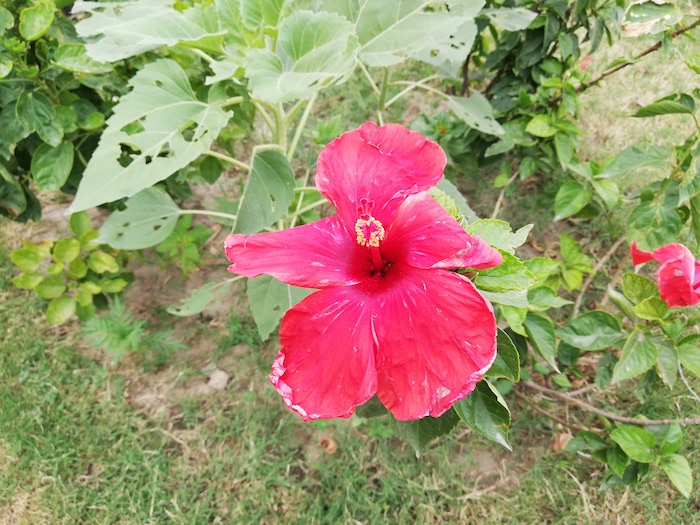 Huawei P20 Lite performance: not the best in class

The P20 Lite comes with a Kirin 659 SoC inside. Here’s the thing though, the Honor 7X, Honor 9i, and the Honor 9 Lite, come with the same chip. And, all of these phones are more affordable than the P20 Lite. Therefore, as far as performance is concerned – from Rs 10,000 to Rs 20,000 you have four Honor phones that you can pick. The P20 Lite in India comes with 4 gigs of RAM and 64GB of storage. 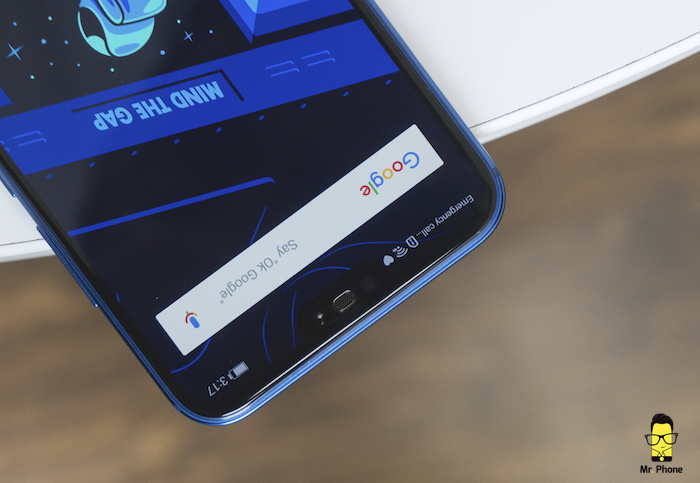 In daily usage, the P20 Lite is fairly responsive but it is not blazing fast. For example, the Snapdragon 636 SoC inside the Redmi Note 5 Pro and the ASUS ZenFone Max Pro M1 is much more powerful. The gaming performance on the P20 Lite is not too bad either but once again the Redmi Note 5 Pro and the ZenFone Max Pro M1 offer better frame rates. Moving on, I tried a few games of PUBG and the phone managed to give me stable frame rates only in medium settings. For those who care about synthetic benchmarks, the P20 Lite scored 88,426 points in AnTuTu. This is definitely far lower than scores achieved by the Snapdragon 636-toting phones.

What this clearly indicates is that Huawei needs to refresh the 659 SoC — and introduce a new, more powerful variant — as this chip is already ageing now. 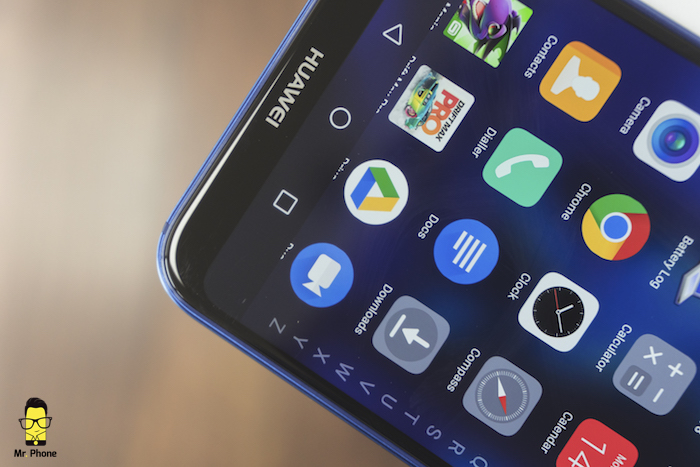 However, the one area that the P20 Lite truly shines is in call quality. Calls are extremely crisp and you can hear the person on the other end with ease. In fact, in my Redmi Note 5 Pro review I’d mentioned how I like Huawei phones for the call performance and the P20 Lite continues to impress. It might be a long shot, but the stellar call quality could have something to do with the fact that Huawei is also an expert at making networking products for other business. The single downward firing speaker can get fairly loud as well. The audio quality over headphones is pretty good too. No complaints there.

The 3000mAh battery doesn’t support fast charging and it took me close to 2 hours to charge from 0 to 100 percent. However, the battery life is pretty good and I managed to get a constant screen on time of around four to four and a half hours easily. This should ideally translate to a days worth of moderate usage. 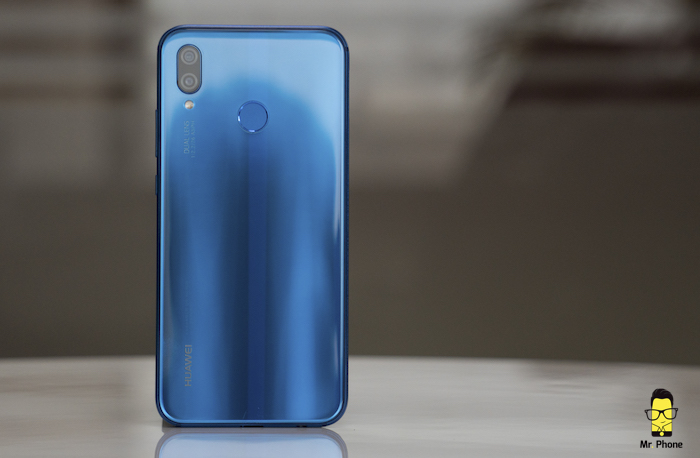 Should you buy the Huawei P20 Lite?

Buy the P20 Lite only if you want your phone to make an impression. Also, the P20 Lite is one of the very few compact phones under Rs 20,000. The phone’s overall dimensions makes it easy to hold and use with one hand. Therefore folks who lament the fact that most phones are ginormous these days, can pick up the P20 Lite instead.

In all, the P20 Lite is more like an Honor smartphone than a Huawei one. As much as I like the phone, alternatives like the Honor 9i and the Honor 9 Lite feel like better bargains now.