Home | Comparisons  | Huawei P20 vs Samsung Galaxy S9: which flagship phone is the best for you?

Huawei P20 vs Samsung Galaxy S9: which flagship phone is the best for you? 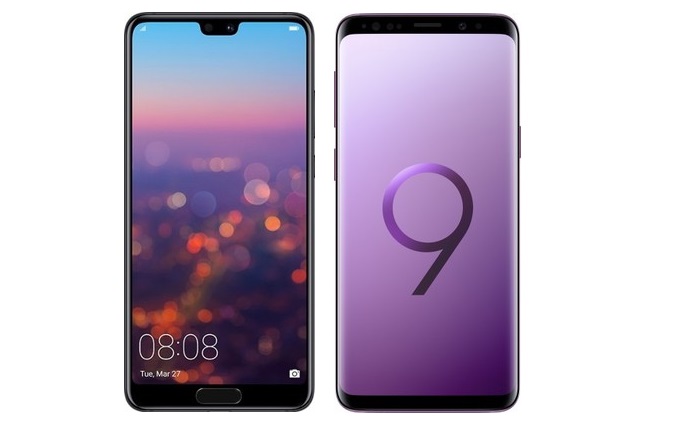 The first three months of 2018 have seen some important smartphone launches. Samsung, Xiaomi, Huawei etc have already released their flagship phones in the market. With each launch, users get a new choice and with each choice the dilemma of buying a perfect phone increases. There are a plethora of amazing options available in the market and sometimes, it becomes tedious to choose the best for ourselves. Today, we are going to compare two of the most important flagship phones: Huawei P20 vs Samsung Galaxy S9.

Huawei has just launched the P20 line-up on 27th March while the Galaxy S9 was launched at MWC 2018. They are somewhat similar and those of you looking for a decent flagship must know your best bet. You may need a phone with a perfect camera or one with the most powerful processor. Let’s find the best match for you here:

The Huawei P20 is a stunner when it comes to looks and one cannot say otherwise. The phone has a glass unibody design and comes in three colours – Glossy Black, Blue, Twilight, Champagne Gold and Pink Gold. The gradient finish changes colours based on the angle at which it is held. However, this finish is limited to only Twilight and Pink Gold colours. Despite having a glass back, the phone doesn’t support fast charging.

The phone has dual speakers on the bottom but lacks a 3.5mm headphone jack, sadly. Along with this, the phone carries the iPhone X-like notch on the top, which can actually be hidden. The notch also helps in reducing the screen-to-body ratio and a fingerprint sensor can be found on the front, on the bottom bezel. The power and volume buttons reside on the right side of the phone.

Coming to the display, the phone has a 5.8-inch LCD panel with an FHD+ resolution of 1080 x 2240p. The aspect ratio of the display is 19:9 and it paves the way for a phone with minimum bezels. We have to admit that the bottom bezel is a little too much but that’s because Huawei has integrated a fingerprint sensor on it. The sensor can also be used for navigational purposes.

Also read: The OPPO F7 is more powerful than the Redmi Note 5 Pro, we have proof

The beautiful Galaxy S9 comes with a glass body which will easily fill itself with your fingerprints. The phone needs to be covered, at least from the back, if you value a spotless rear panel. The display on the phone is the same as the Galaxy S8 and you won’t notice an exorbitant difference in terms of design as well. The fingerprint sensor has been moved to the centre of the rear panel, beneath the camera.

The ergonomic design of the Galaxy S9 makes it comfortable to hold. The phone carries dual front-facing speakers, tuned by AKG. The speaker comes with a support for Dolby Atmos. The volume rockers reside comfortably on the left and again, the phone looks glorious with its curved infinity display. It comes in four colour variants: Lilac Purple, Gray, Blue, and Black. The Lilac Purple looks too premium to handle and redefines good looks.

The Galaxy S9 comes with a 5.8-inch Super AMOLED display with a resolution of 1440 x 2960p. The phone does not come with a notch and we couldn’t even expect Samsung to copy Apple in this respect. The display of the phone has a pixel size of 568ppi with a screen-to-body ratio of 84.41 percent. The display comes with multi-touch, scratch resistance, Corning Gorilla Glass 5, Dual-Edge display, Always-On Display, and VR headset support.

The Huawei P20 is a powerful beast as it runs on the Huawei HiSilicon Kirin 970 processor with a 4GB of RAM and 128GB of ROM. The only problem here is that the internal storage cannot be expanded via a microSD card. The Huawei P20 carries the ARM Mali-G72 MP12 GPU to give you crisp and clear graphics, always. What is even more special about this phone is the absence of a hybrid SIM slot. You have two separate slots for nano-SIM cards and one dedicated slot for the microSD.

Along with this, the phone has a support for Qi 10W Wireless Charging and it also supports Fast Charging through a USB Type-C. Yes, the Huawei P20 comes with a Type-C and it is one necessary feature nowadays. The battery capacity is 3400mAh and is more than enough for the phone to last for a whole day. The phone is superbly specced, owing to its flagship status. The only issue here is that it lacks an audio jack and it might be a turn-off for some folks. Is that it for you too?

The RAM and ROM combination on the phone is also variable, and so is the cost. The RAM on the phone is a constant 4GB while the ROM varies from 64GB to 128GB and then all the way up to 256GB. You can even expand it more using a microSD card. This is one place where this phone overpowers the Huawei P20.

While the phone gains a higher ground for expandable storage, it lags behind because it cannot support dual-SIM cards. However, not many people require two SIM cards, do they? The Galaxy S9 has a smaller 3000mAh battery and supports Qi/PMA Wireless Charging as well. It has a 3.5mm headphone jack and USB Type-C v.3.1. The phone is immaculately specced and the hardware is second to none, is it?

Also read: Nokia 7 Plus touted to be an Amazon-exclusive smartphone in India, might launch on April 4

The Huawei P20 is probably the best known for its cameras. The phone carries an all-new dual rear camera setup by Leica. The 12MP + 20MP sensor with an aperture of f/1.8. The RGB + Monochrome configuration helps in taking richly detailed expert quality photographs, says Huawei. Too many adjectives in one sentence, eh? The pixel size of the camera is increased to 1.55µm and it helps the camera by absorbing more light and hence, producing detailed pictures. The AI-stabilized camera can click some exuberant Portrait Mode shots and blur-free, handheld shots in low-light using Night Mode. The rear camera on the Huawei P20 can shoot videos with dimensions of 2160 x 3840p @ 30 fps.

The 24MP selfie camera (aperture f/2.0) of the phone is also laden with special features. The AI-enabled snapper can beautify you in a fraction of seconds. The phone uses its AI-driven 3D facial modelling technology to follow the contours of your features, adjusting for the most flattering selfies. 3D Portrait Lighting also offers a host of studio-quality lighting effects to turn selfies into striking portraits. The phone also identifies 19 different categories. Professional photography skills like lighting and other settings are then automatically adjusted by AI to produce an impressive result. 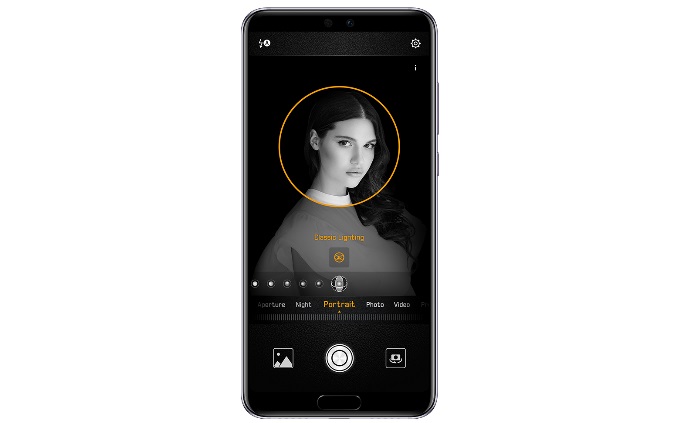 The Samsung Galaxy S9 carries a single rear and front shooter. The USP of the 12MP main shooter is its variable aperture. The camera can change its aperture between f/2.4 to f/1.5, depending upon the situation. While f/1.5 is the widest aperture that we have seen on a phone, the Huawei P20 has it too. Although, the Galaxy S9 can use higher apertures when needed. Another feature of the camera is the super slow motion recording.

It can shoot 960fps super slow motion video at 720p resolution. There are multiple modes like Auto Mode, where the camera tracks a subject that is in focus and shoots automatically when it moves, and Manual Mode where you can choose when you want to shoot and what you want to focus.

Huawei P20 vs Samsung Galaxy S9: which is the best one for you?

Huawei P20 is your mate if you love selfies. It is all about Leica’s dual camera. The phone will suit you well if you do not require a heavy RAM and ROM on your phone, love clicking pictures, and are in for Huawei’s EMUI 8.0 based on Android 8.1 Oreo. Huawei’s latest phone is all about its cameras, gorgeous design and somewhat present bezels, especially on the bottom. The phone will sell for Rs 42,000 (approx) in India. 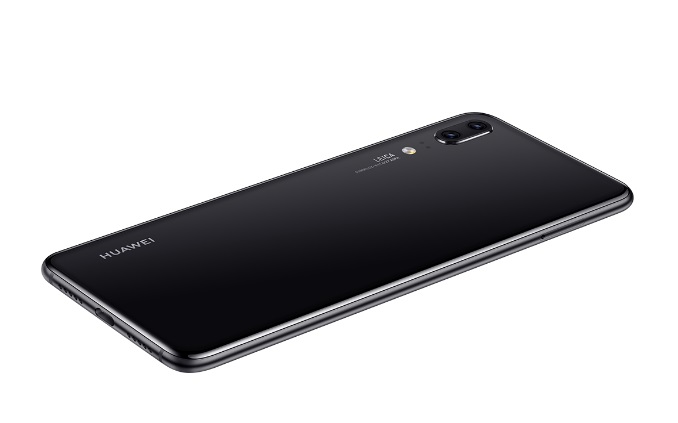 You must go for Samsung Galaxy S9 if you love efficient processors, variable RAM and ROM combinations, an AI-enabled camera and of course, variable apertures. Also, the Lilac Purple shade of the phone can sway you off easily.  The display on this phone is another USP, for it is a Super AMOLED panel with absent bezels and curved design. Go for this phone if you love Samsung and all these things matter the most to you. This phone comes at a price of Rs 57,900.

Which phone is your ideal choice? Let us know in the comments section below. Stay tuned to  Mr. Phone and download our app to get the latest updates from the world of smartphone technology.