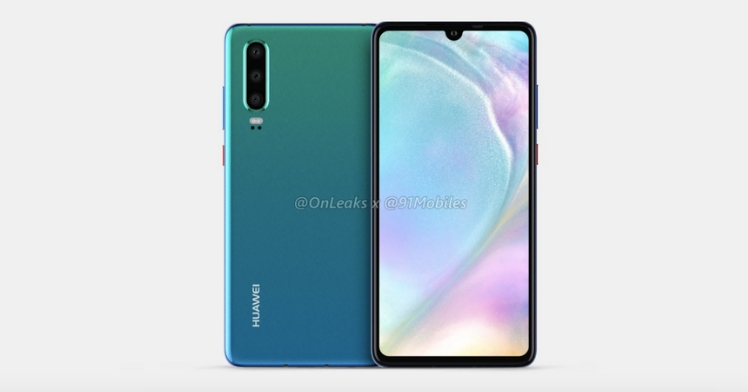 Huawei is still riding the success of its latest flagship phone, the Mate 20 Pro, which was launched less than two months ago. Today, news has arrived which states that the company is already working on the successor of the P20. Dubbed iteratively as the Huawei P30, the next Huawei flagship is leaked in 5K renders and 360-degree video.

The courtesy of the collaboration between 91Mobiles and OnLeaks, these renders gives us the fair idea on what to expect from the next Huawei P series flagship phone. Lets below talk about the Huawei P30 and what all we know about it.

Starting with the front design, it could be sporting a circular notch design, which will give relatively larger real estate space to utilise. The company could try to pull off the bezel-less display look. As far as the dimensions are concerned it is believed to be 149.1 x 71.4 x 7.5 mm. This suggests the display size would be roughly around 6-inches in size. 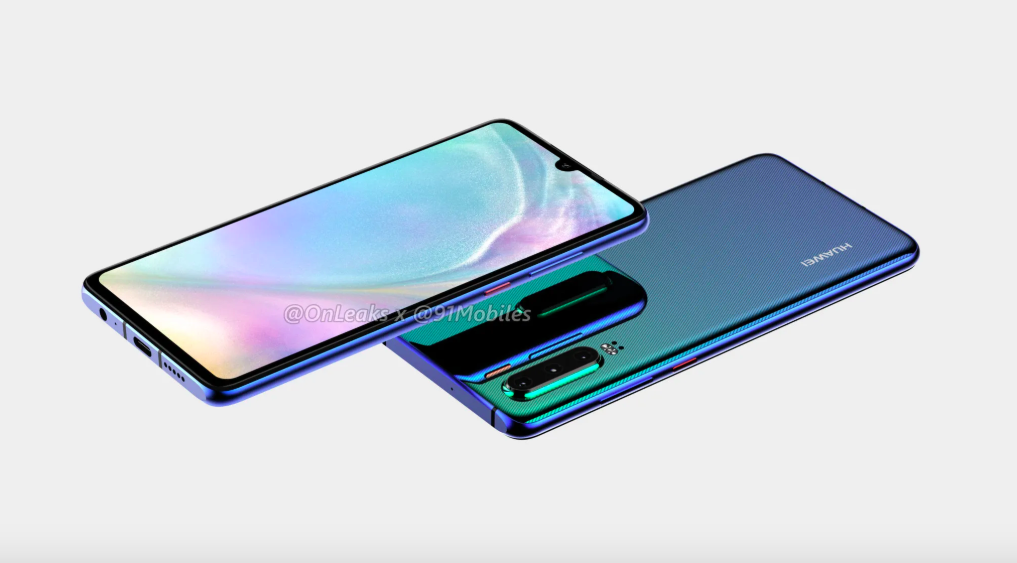 Coming to the rear part, the Huawei P30 could be again flaunting the triple rear camera setup. But this time all the sensors would be placed together in a single module, unlike on its predecessor. Plus, the handset is all set to rock its signature gradient design. Expect an in-display fingerprint sensor since it’s not sporting a physical sensor on the front or rear.

Now the ports on the upcoming Huawei smartphone is believed to sport a USB type-C port, a 3.5mm audio jack, and speaker grille on the bottom edge. Huawei could introduce a coloured power button, which will be placed on the right edge.

The camera department would be the significant importance as it has always been for the brand. According to the report, the Huawei P30 could be sporting a new 38MP RGB sensor from Sony, which is capable of 5X optical zoom. There is no mention of the other two rear cameras in the report. The selfie camera is believed to be a 24MP resolution.

Also read: Huawei Y9 2019 with Kirin 710 SoC could arrive in India by January-end

The internal could include a Kirin 980 SoC, up to 8GB of RAM, up to 256GB storage and would be powered by EMUI 9.0 skin based on the Android 9 Pie. Unfortunately, there’s no mention of the battery capacity of the P30.

The Huawei P30 might arrive at the MWC 2019 since the company has confirmed its attendance for the mighty expo that happens every year in the Barcelona city.