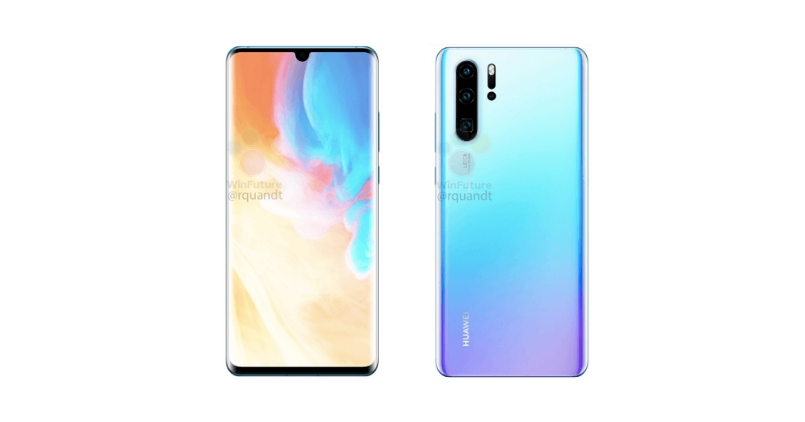 Huawei has officially stated that its new P30 series is coming on March 26, while that might be a month away you may not have to wait longer to see what’s coming. All thanks to a leak posted by Roland Quandt of WinFuture, which gives us a clear look at the handsets; P30 and P30 Pro. Let’s talk about the Huawei P30 series below.

If you have been waiting on Huawei to find out what would its next P series would look like. Well, you don’t have to. The leaked press renders gives us an idea of what to expect and not. If these are really the press renders of the upcoming Huawei phones, then there are some features already settled.

Starting with the camera department, the rear fenders of the P30 Pro suggest a quadruple camera setup. Where the vertical stack will house a triple rear camera and a single lens will be placed outside the stack under LED flash. There has been debt going on in the rumour mill that P30 Pro might not come with the quadruple camera. 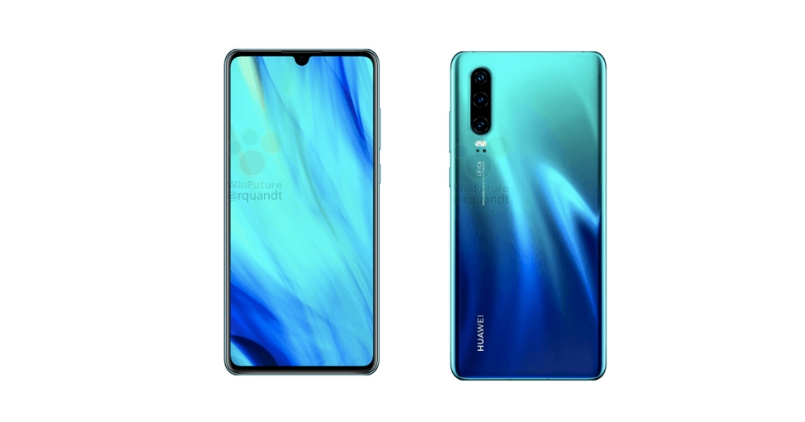 But this new press renders says otherwise and probably should put a stop to those fight. The report states that Huawei is expected to introduce a 10x hybrid zoom technology, which will be of a telephoto lens, coupled with a 5x zoom. The one sensor that is put outside the stack could be a ToF sensor. Whereas on the P30, the camera department will see a triple rear camera setup

Talking about the design aspects, it looks like Huawei is going to make its P series more like the Mate, as it is said to adopt the curved edges on the P30 series. Further, the handset is believed to house an OLED display and an in-display fingerprint sensor on both models. The waterdrop notch, tiny bezels, and a 2.5D curved glass approach could make it pleasing handset.

The internal specifications of the handset are yet to receive any concrete leaks, but it is believed to be powered by a Kirin 980 chipset. What do you guys think of the Huawei P30 series? Let us know in the comment section below. 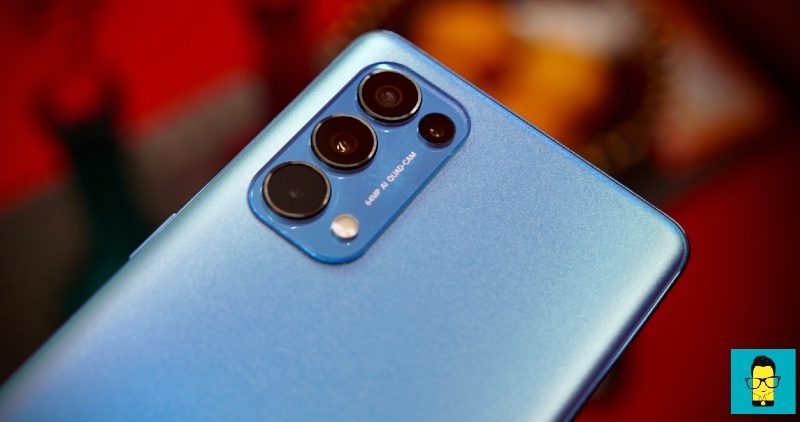