Home | Reviews  | Huawei P30 Pro review: this 5-camera system has a phone for some odd reason

Huawei P30 Pro review: this 5-camera system has a phone for some odd reason 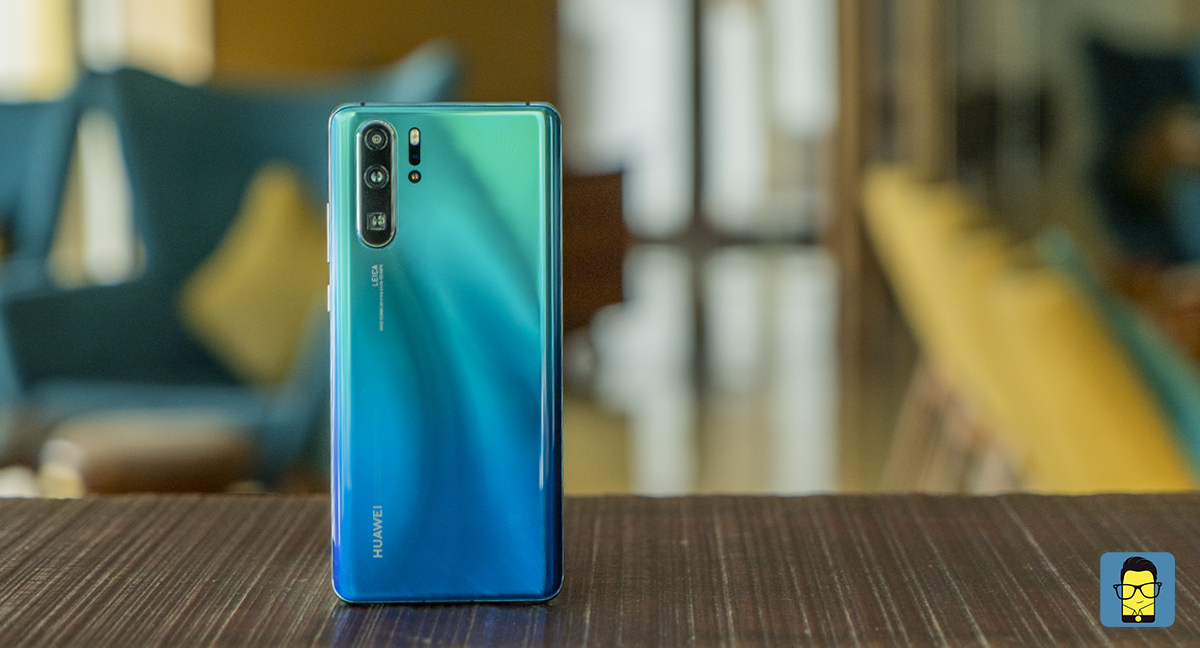 I haven’t used my DSLR in years. It is actually catching dust somewhere in my house and it definitely deserves more attention. Why am I not using my DSLR these days? It is because phones like the Pixel 3 and the Huawei P30 Pro are seriously making it more difficult to for me to justify lugging around a bulky camera. Now, is the P30 Pro only a good set of cameras with a calling functionality added on? Actually, no. 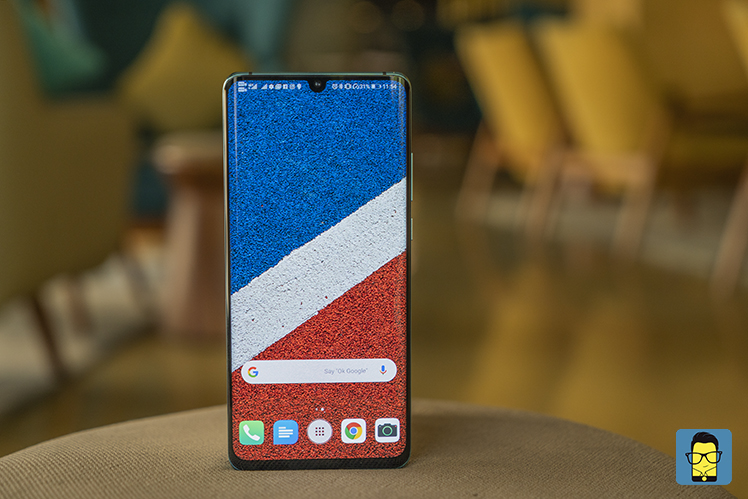 Let’s get down to my review of the P30 Pro, a camera…no wait…five cameras…disguised as a smartphone.

Huawei P30 Pro cameras: the best in the business

Obviously, I am going to talk about the cameras first. But before that, I did a camera comparison of the P30 Pro with the Pixel 3 XL and the iPhone XS Max on our YouTube channel. Instead of going into too many details, let me just break down my findings.

Overall though, the P30 Pro’s cameras do have some shortcomings but they are so versatile that for most situations you end up getting a really great shot. And, if you can tinker around with the settings a little bit, then you can really make good use of the P30 Pro’s camera prowess. For example, those incredible Macro mode shots that you see.

Now that we are done with the cameras on the P30 Pro, let’s not forget all of this tech is inside a beautiful glass sandwich body protected by a very thin metal railing. The glass curves inwards from both the sides making the phone feel curvy in your hand. You will be able to pick up the Aurora and Breathing Crystal colour variants in India. And trust me, the Breathing Crystal gradient is extremely unique. That said, this is one of the smoothest glass bodies I have held in my hand and therefore it is extremely slippery. No wonder then that Huawei has actually bundled a case inside the box. 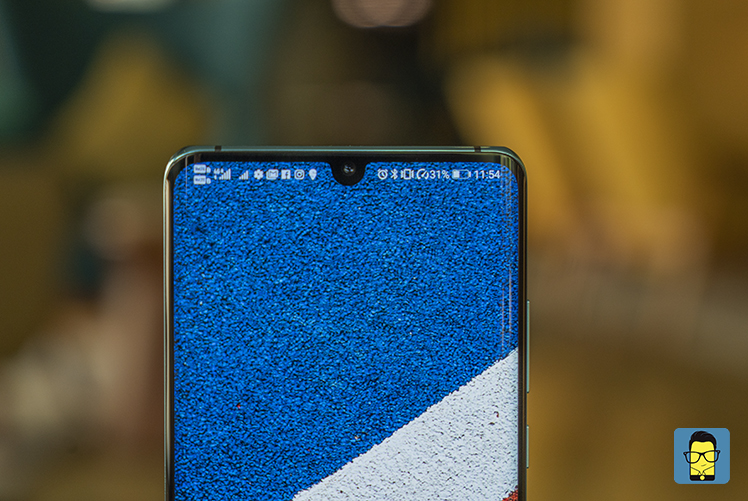 Don’t drop the phone, it might just shatter easily. Moreover, the camera bump on the rear does cause the phone to wobble when you place it on its back on the table. In a strange decision, Huawei has removed the headphone jack now and it doesn’t bundle a dongle in the box either. Also, the ports at the bottom are not aligned symmetrically just like the Samsung Galaxy S10+. Oh, and by the way, you get an Infrared port at the top if you are into using your phone as a universal remote control.

The display is curved on the front making it fragile and susceptible to cracking when it falls. Huawei has also done a great job of keeping ghost touches at bay with excellent palm rejection. But video playback gets distorted around the edges. Thankfully though, Huawei has really fixed the green bleeding issue along the curved part of the display. This was a major issue for me in the Mate 20 Pro. 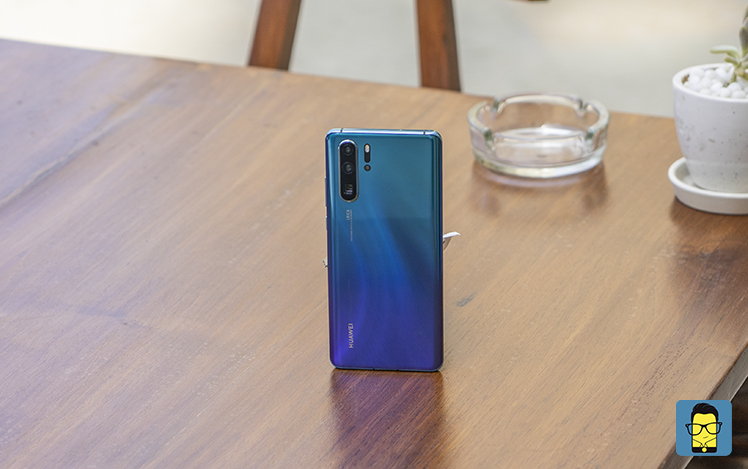 There is a teardrop notch up on the top and Huawei has removed the earpiece for a cleaner look as well. I will talk about how that affects the calling function in the later part of the review. And, the fingerprint scanner is an optical in-display one and it is pretty fast. You also get a Face Unlock feature but it is not as secure as the one used by the Mate 20 Pro.

Also, the display is massive at about 6.47-inches, and therefore, holding it and using it with one hand is really not very easy. This issue is further compounded by the fact that the P30 Pro is heavy at around 192g. But thankfully, unlike the tall Mate 20 Pro which was top heavy and would topple out of my hands, the weight distribution is slightly better on the P30 Pro in my opinion.

The display itself is an FHD+ panel that looks fairly crisp and has accurate colours. But, the brightness levels are not as good as other flagships out there. That said, you do get Widevine L1 support which allows for streaming Netflix in HD quality. 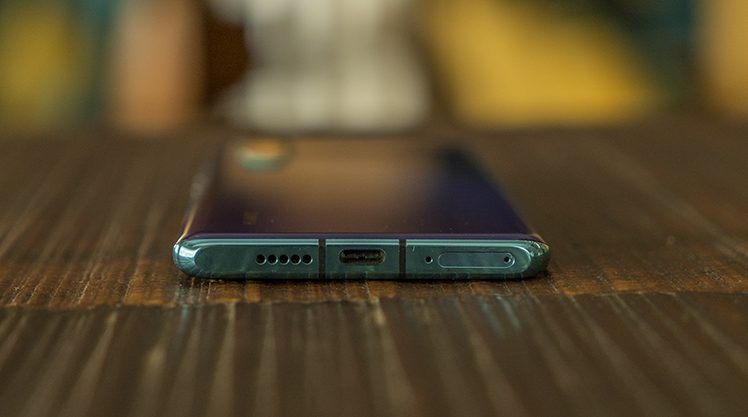 The P30 Pro is the first phone to come with EMUI 9.1 based on Android 9. There are a few main changes:

These are the key differences in EMUI 9.1. I still don’t like the icon design or the fact that I can’t change the grid sizes more freely.

Huawei P30 Pro performance: you will not have any complaints

The P30 Pro comes with the same, excellent Kirin 980 SoC, 8 gigs of RAM and 256GB of storage. You can further expand the storage using Huawei’s proprietary nanoSD card, which can replace one of the Nano SIM cards in the tray. But unfortunately, these nanoSD cards are not available in India currently, which is a bummer. 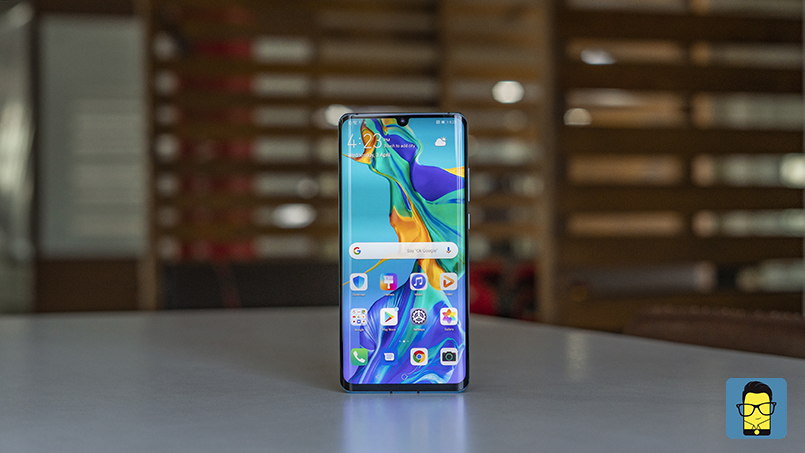 As far as daily usage goes the P30 Pro is extremely responsive and fast. I actually found it to be as fast as the Oneplus 6T and the Pixel 3 XL. Huawei has been working very hard to improve the hardware and software optimisation. In fact, gaming on the P30 Pro is stupendously good. PUBG runs lag-free and the phone only gets ever so slightly warm after long sessions of gaming. The RAM management is not as good as the Samsung Galaxy S10+, though.

Powering the P30 Pro is a large 4,200mAh battery and it comes with Huawei’s Supercharge technology which uses a 40W adapter for charging the phone. And in my testing, I managed to charge it from 0 to 100 in 1 hour and 5 mins. That is extremely fast! You can use the phone to wirelessly charge other products and you can also wireless charge the P30 Pro. And you know what? During my testing, the phone lasted at least 7 hours of SoT on an average. Sometimes, I could drag it to 8 hours if I used it frugally. That is just an excellent battery life for a flagship device. I am more than satisfied with the improvements Huawei is bringing to the battery performance on its phones. 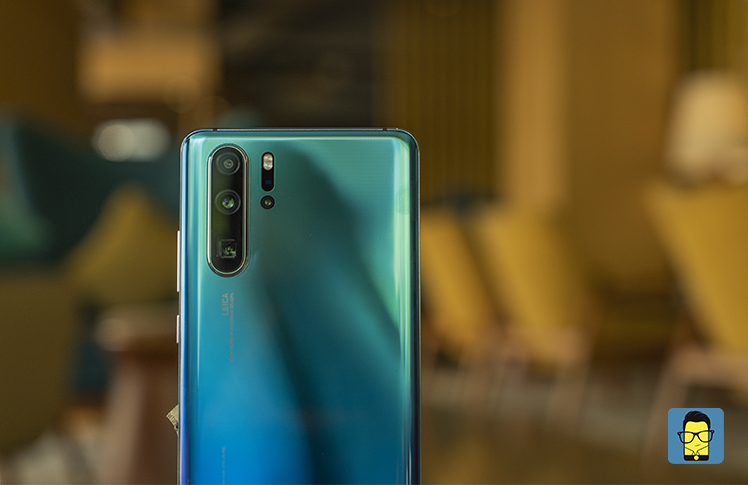 An electromagnetic levitation speaker replaces the earpiece on the P30 Pro. This speaker that uses the entire top portion of the display to relay sound back to you during calls. And surprisingly, the call quality is actually as good as previous Huawei phones. That said, a single downward firing mono speaker replaces the stereo speaker setup. Something even the in-built Dolby Atmos feature can’t save it from sounding average at best. As for the audio quality through headphones, it is great and you will not have any complaints whatsoever.

Should you buy the Huawei P30 Pro?

The Huawei P30 Pro has an excellent set of cameras inside a reliably good flagship smartphone. Even if you hate EMUI, I can easily recommend more than a few launchers for you to try out. It is Android, after all, that is the beauty of open-source software. 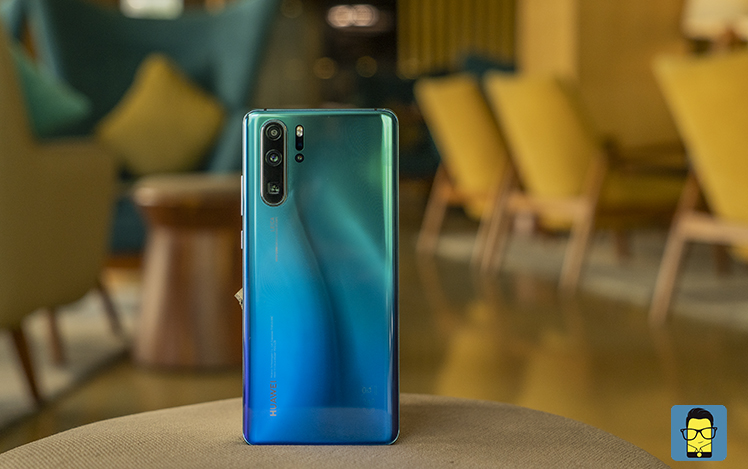 But the P30 Pro is not going to come cheap. At Rs 70,000+, the P30 Pro is currently one of the most expensive Android flagships out there. That said, it has the best set of cameras on a flagship smartphone to justify that asking price. If you want a more well-rounded flagship Android phone, I’d suggest you pick up the Samsung Galaxy S10+. Or, the iPhone XS is always around for the legion of Apple fans.

All in all, the P30 Pro has me impressed and I can’t wait to use it to chronicle my next travel adventure.