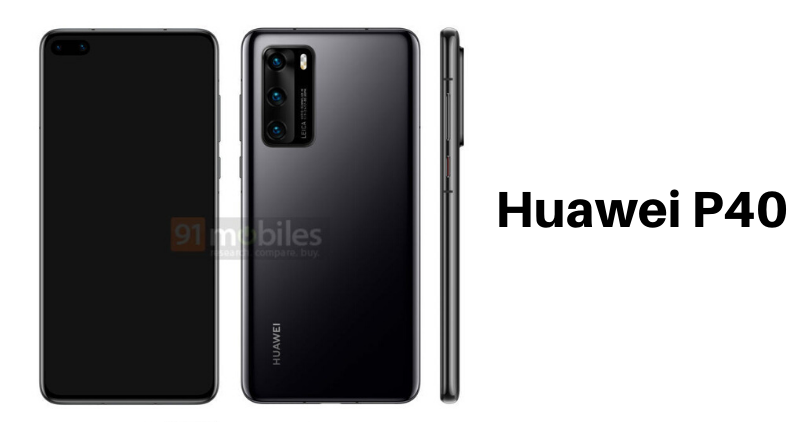 Last year in December, we saw the first renders of the upcoming Huawei P40 and Huawei P40 Pro smartphones. The renders had suggested a lot about the new designs of the smartphones. But those were not the full renders. Now as per a report by 91mobiles, a new render of the Huawei P40 has come into the limelight.

The renders have revealed that the phone will feature a flat display with a punch-hole design. There’s also space for two selfie cameras. However, the rear of the smartphone will feature a quad-camera set up in a rectangular module. We can also spot the Leica branding and a dual-LED flash. Now we can expect the P40 Pro to come with a curved display along with quad rear cameras. Both the devices are slated to launch in March at an event in Paris.

Talking about the specifications, not much has been revealed as of now. We also know that the phone will be powered by the Kirin 990 processor with 5G connectivity support. For software, the Huawei P40 will be loaded with Android 10-based EMUI 10 out of the box. But there won’t be any Google services like the Play Store.

The P40 Pro is said to feature a Periscope Camera with 10X optical zoom. According to rumors, the phone might come with a 64MP Sony IMX585 sensor. The price is expected to be around Rs.60,000 in India.

What are your thoughts on Huawei P40? Let us know in the comments.