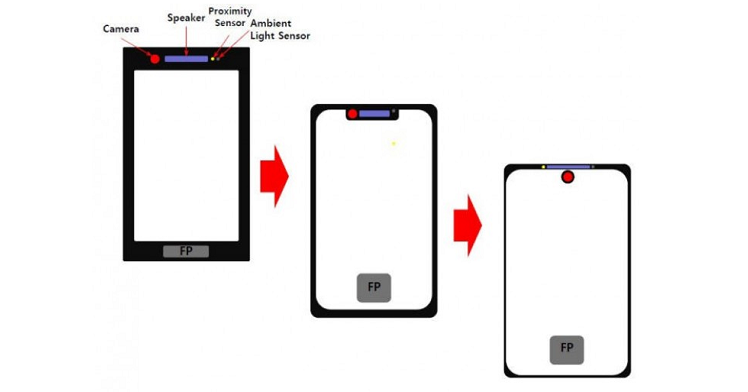 We’re just getting started in our war against the notch in 2018. So far, the progress made by OEMs like Vivo and Oppo has turned heads but this is just the beginning. Of course, the notch is only a means to an end. It is not the destination, and like it or hate it, brands realize that it will not stay forever. Besides, Oppo and Vivo, biggies like Samsung have yet to introduce their own take of a true bezel-less phone. And today, we just had a glimpse of what Huawei has been working upon. Spoiler ahead. You might not like it.

Also read: Huawei Nova 3i gets the first dibs on Kirin 710 SoC

Popular Korean news portal, ETNews reported a new design that is supposedly being worked upon by Huawei. For now, they are just diagrams and sketches. From the drawings, it seems Huawei is going to dig a small hole in the middle of nowhere on the screen to place the camera there. This results in the disappearance of the notch but creates another visual obtrusion that on paper does look ugly.

Now, it isn’t properly specified whether this camera would be underneath the display or right on top surrounded by it. But if it were the latter, we doubt that this is a very ugly looking solution. There have been rumblings about Xiaomi also working on a similar design and Samsung has also reportedly been working on an under-display lens, recent trademarks suggest. However, we’re aware that the work is nowhere near completion.

On the other hand, Huawei’s quick fix seems to be ready for mass production as the report suggests that a handset with the implementation will be on the market by the end of this year.