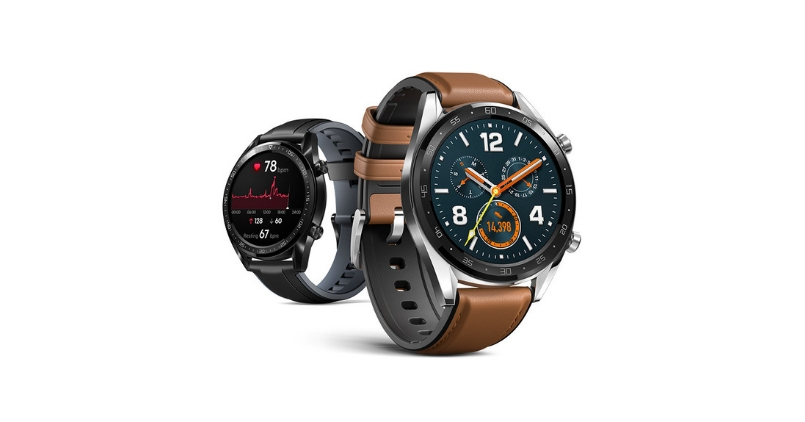 Huawei has been teasing its smart watch upgrade for quite a while, the company has today unveiled the same. Dubbed as Watch GT, the new smartwatch claims staggering 14 days battery life on typical usage. It was originally announced last year in October and officially launched in India today.

There would be two variants up for sale in India, Sports and Classic. The Sports edition will retail for Rs 15,990, whereas the Classic will go for a Rs 16,999. The sale starts from March 19 on Amazon India. Alongside the watch, you’d get free Huawei Bluetooth headset worth Rs 2999, as a part of launch offer. Let’s talk about the Huawei Watch GT specifications and difference between the models.

Sporting a 1.39-inch AMOLED screen with 454 x 454-pixel resolution, which incorporates the dual crown design with stainless steel and ceramic bezels. It is said to be slightly thinner than the Samsung Galaxy Watch at 106mm case body.

Talking about the internals, it is powered by ARM M4 processor with 16MB RAM and 128MB storage. The Huawei Watch GT would be compatible with handsets running on Android 4.4+ and iOS 9.0+ devices. With a Bluetooth 4.2 connectivity, it will establish a connection between the phone and itself. It will be running on the custom Lite OS instead of Google’s Android Wear.

With three satellite positioning systems support; GPS< GLONASS and GALILEO, it claims precise positioning. Coming to the tracking activities, it claims an all around fitness tracking equipment ranging from indoor to outdoor exercises, mountain climbing, cycling, and open water swimming. With 5ATM water-resistant support of up to 50 meters.