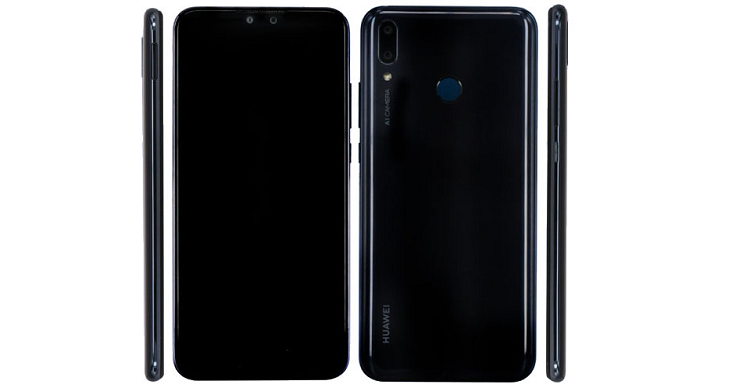 Huawei is readying a successor to its Y9 (2018) smartphone called Huawei Y9 (2019). The new smartphone was detected at China’s telecom certification authority TENAA and this has led to its specifications and design leak across the blogosphere. The handset is believed to be cleared under the model number JKM-AL00 and here are its leaked specs and features.

TENAA listings are accurate and they represent the actual specs of a device so we’re pretty sure the Huawei Y9 (2019) will have a 6.5-inch Full HD+ display with 2340 × 1080p resolution and an aspect ratio of 19:5:9. That means it also has a notch and a 2.5D curved glass is also mentioned in the listing. The Y9 (2019) will also be a powerhouse mid-ranger with a 2.2GHz octa-core CPU being listed with 4GB/6GB of RAM. Onboard storage options are 64GB/128GB combined with microSD card expandability. We could see a Kirin 710 SoC here as Huawei has started using the chipset and it will start showing a lot more as we head to the end of 2018.

As for the cameras, the Huawei Y9 (2019) has a combo of 20MP + 2MP shooters while the front has a 16MP selfie snapper. The listing shows Android 8.1 Oreo as the software overlayed with EMUI 8.1.

Now, the launch date of the Huawei Y9 (2019) still remains unknown but considering the Y9 (2018) was announced early this year, we could have to wait at least one more month if Huawei doesn’t decide to launch the handset early.