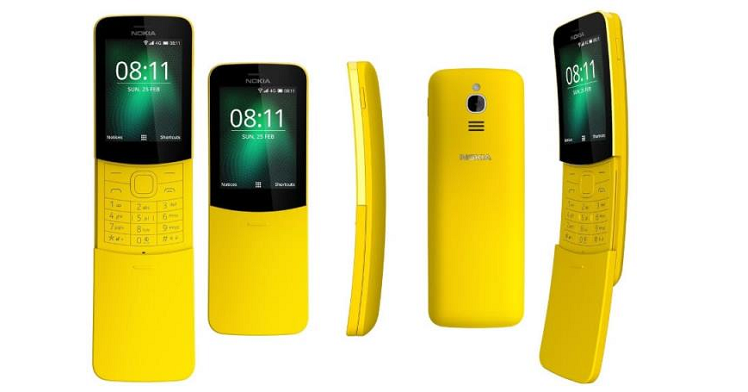 Nokia announced its Banana phone – the Nokia 8110 4G at MWC this year. The company had promised to bring it to India along with several other models. While those other smartphones did launch earlier, it is only now that the Nokia 8110 4G has been officially released in the country. The handset is a feature phone brought back from Nokia’s glorious past to cash in on the nostalgia factor and comes with the slider mechanism that was on the ancient model.

There’s a bare-bones 2MP rear camera on the rear of the handset with LED flash and no camera for selfies. The handset has dual-SIM support and runs Kai OS popularised by Jio phones. The operating system has added some prominent Android apps like WhatsApp, YouTube, and a few other Google apps to its kitty recently. It runs off of a 1,500mAh battery and the company has promised up to 25 days of 4G LTE standby time.

In terms of connectivity, there’s 4G VoLTE, Bluetooth, Wi-Fi, FM Radio, GPS, and Micro-USB. The Nokia 8110 4G will cost Rs 5,999 and availability starts from October 24th. Customers will be able to buy the handset in Banana Yellow and Traditional Black colours.