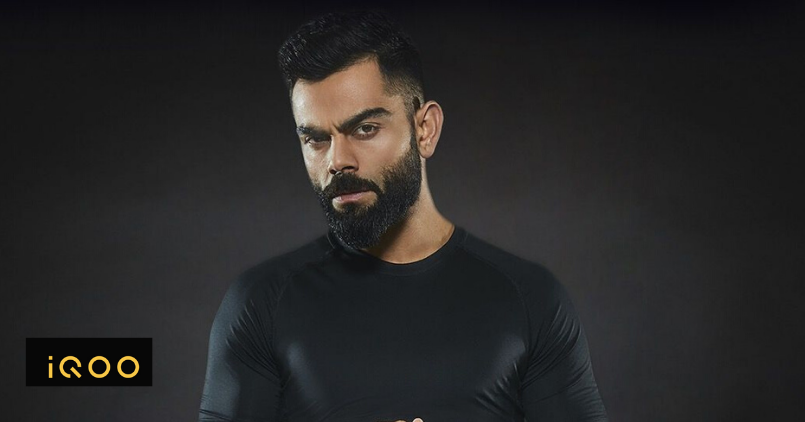 iQOO, an upcoming smartphone that spun off its parent company, Vivo has announced Indian Batsmen Virat Kohli as its brand Ambassador. The young brand is all set to introduce itself as a separate brand in India and globally. iQOO stands for I Quest On and On. We have been hearing about iQOO since last year when it first introduced the first handset under Vivo’s shadow. Now this year the brand is coming out of Vivo’s parenting to be a separate brand itself.

What to expect from iQOO?

The young smartphone brand is set to introduce a premium smartphone flagship smartphone, it will mark the debut of the handset maker in India. Coming next week on February 25th, there will be an unveiling of the iQOO Snapdragon 865-powered smartphone. It is likely to be the brand’s all-new smartphone, not the one they have already launched in China last year.

Teased with groundbreaking capabilities like best-in-class performance for high-end gaming, the iQOO’s flagship could be called iQOO 3, as per the leaks. This handset will be available exclusively on Flipkart. What about the specifications of the phone? Well for starters, it will be one of the first smartphones to be powered by Qualcomm’s Snapdragon 865 SoC.

Speaking on the brand association, Virat Kohli said, “I am really excited to associate with iQOO. As an athlete, I have always believed in constantly pushing the boundaries and raising the standard of performance. iQOO, as a brand, appears to be determined to bring value to the smartphone market through high-performance smartphones. And I am excited to be a part of this quest.”

Moving on to the expected specifications, it has a 55W fast charging, which is even superior to the Realme’s Super VOOC 50W fast charging made available on the Realme X2 Pro. It will be a housing quadruple rear camera setup. At this point, we don’t know anything more concrete about the phone. But expect it to marvel in the specs department.

As far as the pricing is concerned, iQOO is believed to be offering a more accessible price point as it would want to establish itself as a leader in the premium segment. The pricing is the key to penetrate the Indian smartphone market. What do you guys think of the brand? Let us know in the comment section below.