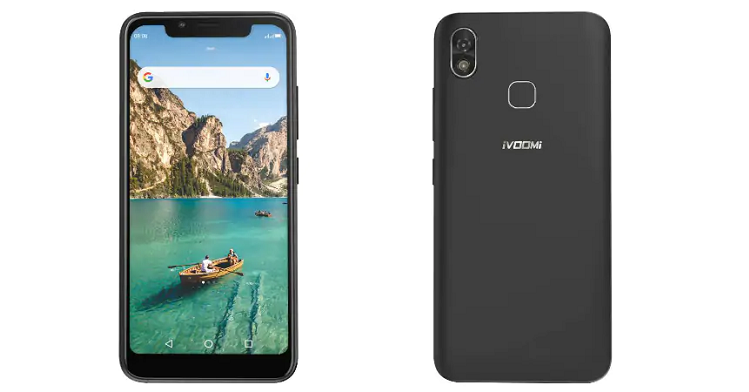 Entry-level smartphone maker iVoomi has announced it’s latest ultra-affordable smartphone today for the Indian market. The handset – iVoomi Z1 is being marketed as one of the cheapest phones with a notch. Its other highlights include a 13MP rear camera, face unlock, and colour options like Classic Black, Ocean Blue, and Platinum Gold. The handset is priced Rs 6,999 but will be on sale during Big Billion Days for Rs 6,499 starting October 11.

The iVoomi Z1 has a 5.67-inch HD+ panel with 720x1498p resolution and a 18.7:9 aspect ratio. The processor inside the phone is the quad-core MediaTek MT6739W SoC. It has a solo 2GB + 16GB variant along with memory expandability options as well.

As for optics, the rear houses a Sony IMX135 sensor with 5P lens while the front has a 5MP selfie shooter. The iVoomi Z1 has a 2,800mAh battery and comes with Android 8.1 Oreo pre-installed layered with SmartMe OS 3.0.

On the connectivity side of things, the iVoomi Z1 has 4G VoLTE, dual SIM option, Micro-USB, and a fingerprint reader.

As regards the inclusion of the notch, company CEO, Ashwin Bhandari said, “In most of our customer interactions, we figured out that the latest buzzword for the smartphone users even in Tier 2, 3, and 4 cities, is the ‘Notch’. Everybody wants to own the latest technology irrespective of the price segment.”