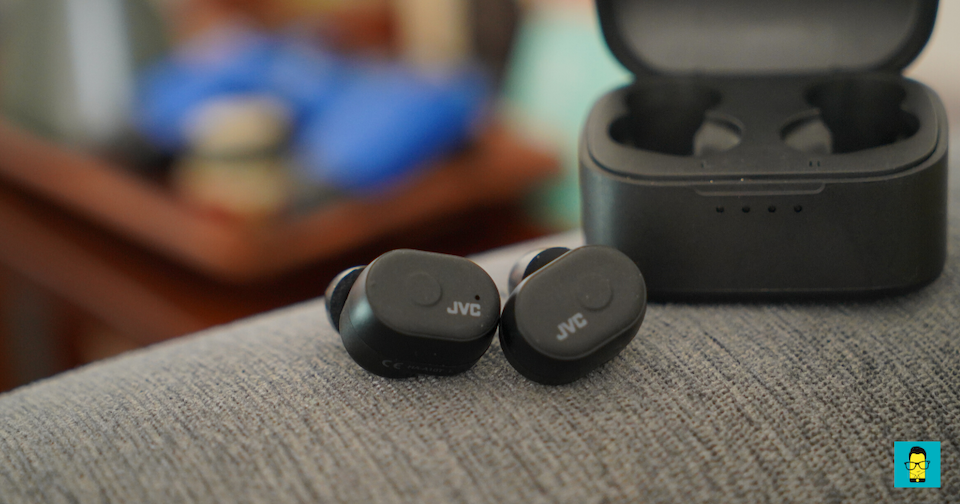 Last Friday evening, I decided to take a look at my backlog of work. And, you know what? I found these truly wireless earbuds that cost a shade under Rs 4,000. After listening to them for four days now, I can safely say that…I am an idiot. No really. I’m an idiot for not having reviewed these earlier and recommending them. 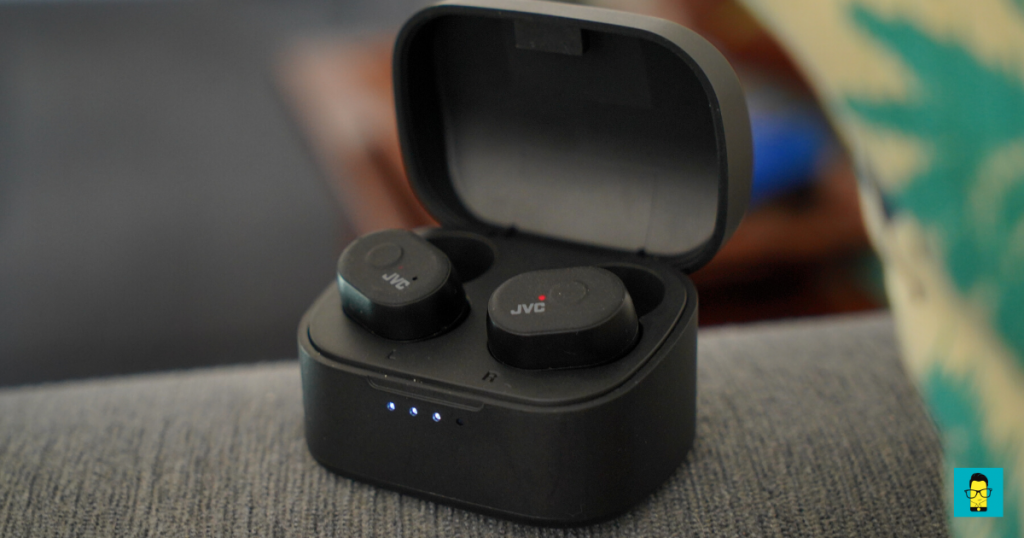 Hi, I’m Ershad from Mr. Phone and this is my review of the JVC HA-A10T. Or what I’d like to call – the sonic king of truly wireless earbuds under Rs 5,000.

Alright, before I start praising these earbuds, let’s take a look at the “not so good” things. Firstly, you can use only the left earbud for calls. And, the single mic quality is below average. Don’t take my word for it. Listen to a recorded sample for proof in our video below. 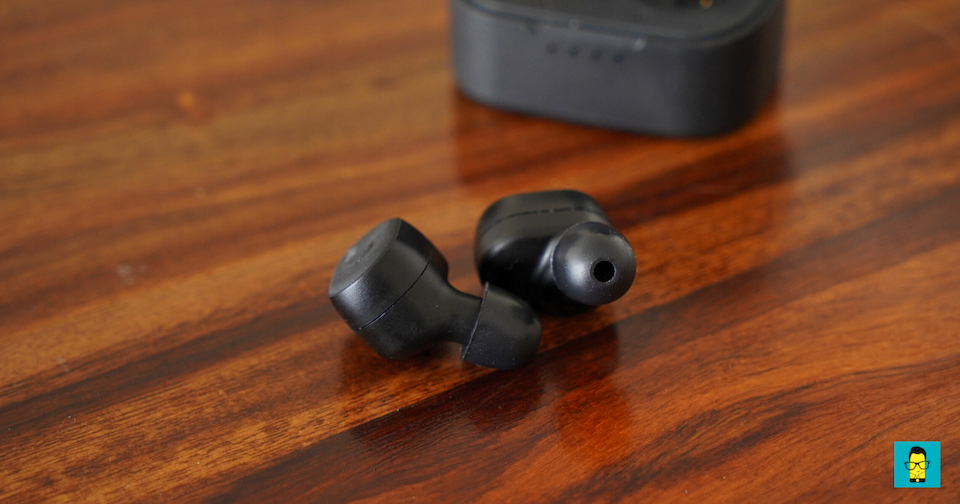 You will have to raise your voice for the other person to hear you clearly. Furthermore, there is no low latency mode for gaming and videos. So, you will notice a slight audio-video lag that is an inherent characteristic of Bluetooth wireless audio.

Also, the A10T is a thicc boy. Meaning, it is chunky and it juts out of the ear. So, if you are wearing these inside a helmet or when lying down on one side, it is bound to be uncomfortable. And finally, I clocked around 4hrs and 5mins of battery life on the earbuds at 100% volume, which is just about average and not necessarily great. Plus you get about 10 hours of charge on the case, which falls short of the competition too.

Anyway, all those cons fall by the wayside when you listen to these exquisitely-tuned buds. And, that is particularly surprising considering the A10T has a tiny 5.8mm driver per earbud and uses the SBC BT codec. This further explains how specs really, really don’t matter when it comes to audio products. 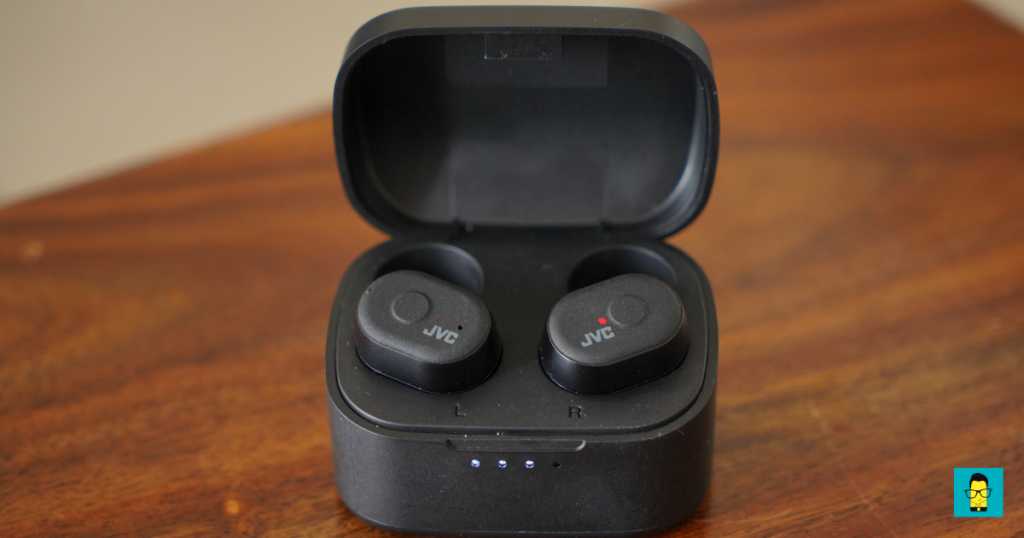 The A10T’s have a balanced sound signature that has the bass, treble, and the mids living harmoniously without encroaching on each other’s space. This means you get a clean and open sound signature. But, don’t mistake balanced for boring because the A10T is anything but flat sounding. What you get is a fun, lively, and attacking sound that does justice to any kind of song. To top it off, you get a detailed and dynamic sound signature. For example, in a complex rock composition such as The Dance of Eternity by Dream Theatre, the HA-A10T stood its ground with every single tonal jump that assaults your senses throughout the song. A more resolving pair of wired IEMs would’ve possibly had a faster bass attack but the A10T has a commendable SQ especially for its price. I am sincerely stunned at its resolution. The Realme Buds Air pooped in its drivers when I played this song.

The excellent performance is also courtesy a very good instrument separation and fairly decent soundstaging too. And, this was further corroborated by the A10T’s particularly resolute performance in Arithmophobia by Animals As Leaders. This song has one of the most complex guitar arrangements I’ve heard in a long time. And, you know why I was pushing the A10T to its limits with Death Metal? Because, it could actually hold up beat without breaking the detail retention. I can’t say the same for any truly wireless solution under 5k, for now. Be it the clang of the cymbal, the strum of the lead guitar, or the breakneck beat of the drums, the A10T was just up for any task. 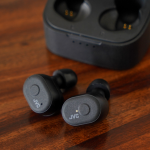 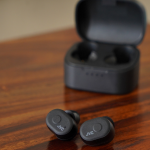 And, the same is true for the A10T’s performance with Modern Pop songs or EDM. Throw DJ Snake or Justin Bieber or Avicii or just about anything, and the A10T delivers all the time. Trust me, these earbuds punch above their weight with its tuning. And, a lot of it also has to do with the fact that you get a couple of extra sets of Memory Foam tips inside the box. Which means, you are assured of a great seal. I mean, you can stick to silicon tips if you want, but Memory foam tips make sure you get the right seal for the tightest bass response. Plus, they offer a tighter grip inside your ears ensuring the buds don’t fall off easily.

Another advantage of the A10T is its IPX5 certification, which makes it sweat proof and ideal for workouts. And, I also like the controls on the A10T. You get a physical click button with volume controls as well. Obviously, physical controls aren’t as elegant as touch-based solutions but in this price range most touch controls are iffy. And the physical control on the A10T, despite the fact that you need to put some effort to actually click, is reassuring to say the least.

Should you buy these?

The JVC HA-A10T costs Rs 3,999. Considering the incredible sound quality, it makes you wonder if there is something wrong with the sticker price. If you listen to a lot of music in general, I’d be shocked if you didn’t consider these over the other options under 5k. But, if you are someone who wants a pair of budget TWS for Zoom calls or just plain old regular calls, I’d suggest the Realme Buds Air or the Mi TWS 2 or a pair of good wired headphones instead. 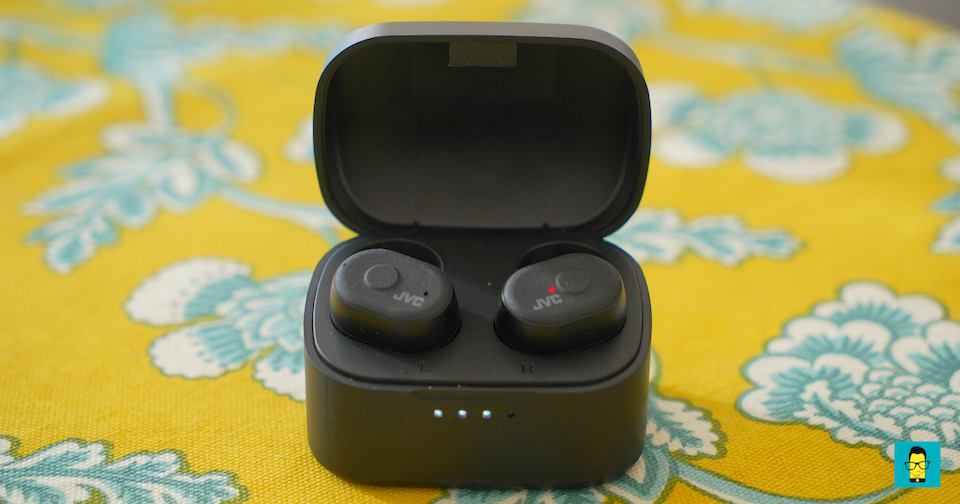 As for me, I’d just pick the JVC HA-A10T over and over again. Sound quality over everything else. Obviously, that doesn’t have to be the same for you. Also, understand that “best” is relative in terms of time. What is the best today for me, might not be the best tomorrow. For example, I haven’t heard the HiFiman TWS400 yet. Those are under 5k as well. If anything changes, I will add a link in the pinned comments. But for now, the JVC HA-A10T is my favourite. Undoubtedly.