Home | Tech News  | Lava mobiles is all set to introduce a new smartphone on January 7, 2021

Lava mobiles is all set to introduce a new smartphone on January 7, 2021 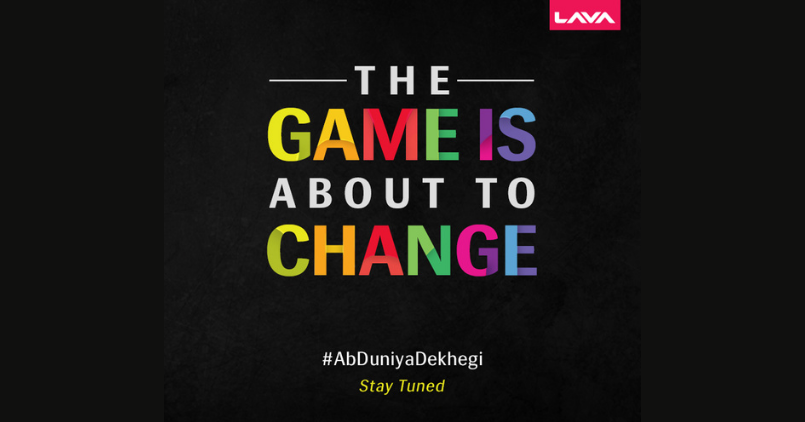 Lava mobiles is set to kick start the new year with a new smartphone launch on January 7th, 2021. The handset maker has confirmed the launch date on its Twitter account through a teaser. The teaser suggests the new smartphone outline implying a dewdrop notch display, and nothing more than that. The company is claiming to change the game with the upcoming smartphone at least that’s what the recent teasers suggest.

Lava, the company that goes by #ProudlyIndian will be announcing a new smartphone next month. The teaser of it implies a dewdrop notch up the top of the display, that features a selfie shooter. There’s a significant bezel at the bottom, according to the teaser. On the back, we can expect a two-tone design finish like the recent Redmi phones, for example.

Meanwhile, the company’s President and Business Head, Sunil Raina, has further invited to join the live stream event. The new smartphone launch event that will take place on January 7th, 2021 at Noon. Apart from the speculated design elements witnessed from the teaser video, nothing of the forthcoming Lava phone is uncertain, at this point.

Come join us on 7th January, 2021 on Lava YouTube and Facebook handles to witness the game changing moment in Smartphone Industry.#AbDuniyaDekhegi#ProudlyIndian pic.twitter.com/ERX8Sy9ani

However, a recent report from 91Mobiles suggests that the handset maker is gearing up to launch smartphones ranging from Rs 5,000-Rs 20,000 price segment in the Indian market. This means we could expect at least four new phones with the respective price points next year, starting from January 7th, 2021. Also, this could be another Z series smartphone, which the company already makes — the teaser implies so.

After the recent Chinese products’ backlash in the country, Indian OEM makers, under the Make in India campaign, appear to be bringing new smartphones as appealing as the Chinese competition.

Not long ago, Micromax came up with Micromax Note 1 and 1B smartphones under the ‘Made for India’ campaign. And, now Lava mobiles is likewise in the pipeline to bring smartphones afresh for the Indian audience. So, stay tuned.