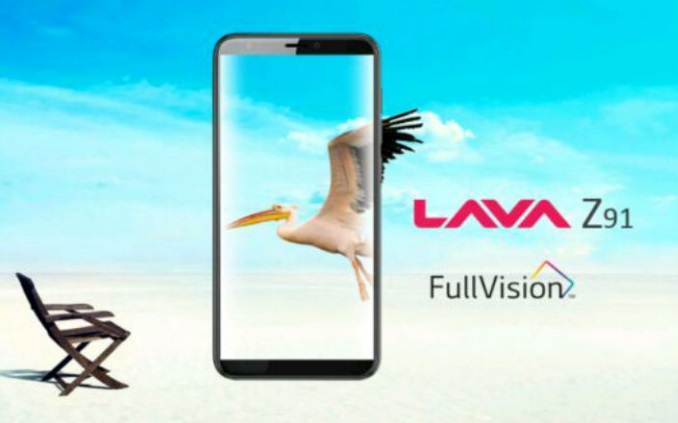 Lava has launched a new phone under the Z-series. It is called the Lava Z91 and comes as a successor to the Lava Z90. The device costs Rs 9,999 originally but you can get a cashback worth Rs 2,000 if you are an Airtel user. Being a budget device, the phone comes with all the necessary features and even boasts of a facial recognition technology. Of course, it isn’t as accurate as Apple’s and hence, the company has added a fingerprint sensor on the phone.

Also read: Learn to live with it, the OnePlus 6 will come with a notch confirms Carl Pei

The Lava Z91 carries a 5.7-inch HD+ display with a resolution of 720 x 1440p. The phone has minimum bezels on the left and right. However, the ones at the top and bottom are somewhat pronounced. The aspect ratio of the phone is 18:9 and the display is made of 2.5D curved glass. The phone derives its power from the MediaTek MTK6739 processor with 3GB of RAM and 32GB of ROM. The latter can be expanded up to 128GB via a microSD card.

The camera performance of the phone is handled by a 13MP rear sensor with f/2.0 aperture and flash. The main shooter is also capable of clicking pictures in bokeh mode. The selfie snapper has an 8MP sensor with an aperture of f/2.2. You can also beautify your videos and it seems that Lava has given more importance to the phone’s optics this time.

Also read: Nokia sends out invites for a mystery smartphone launch event in India on April 4

The device has a 3000mAh battery and runs Android 7.1 Nougat-based Star OS 4.2. Additionally, it comes with a two-year warranty and one-time free screen replacement offer. Do you think that the Lava Z91 can compete with Honor 9 Lite and Redmi Y1? Let us know in the comments section below.