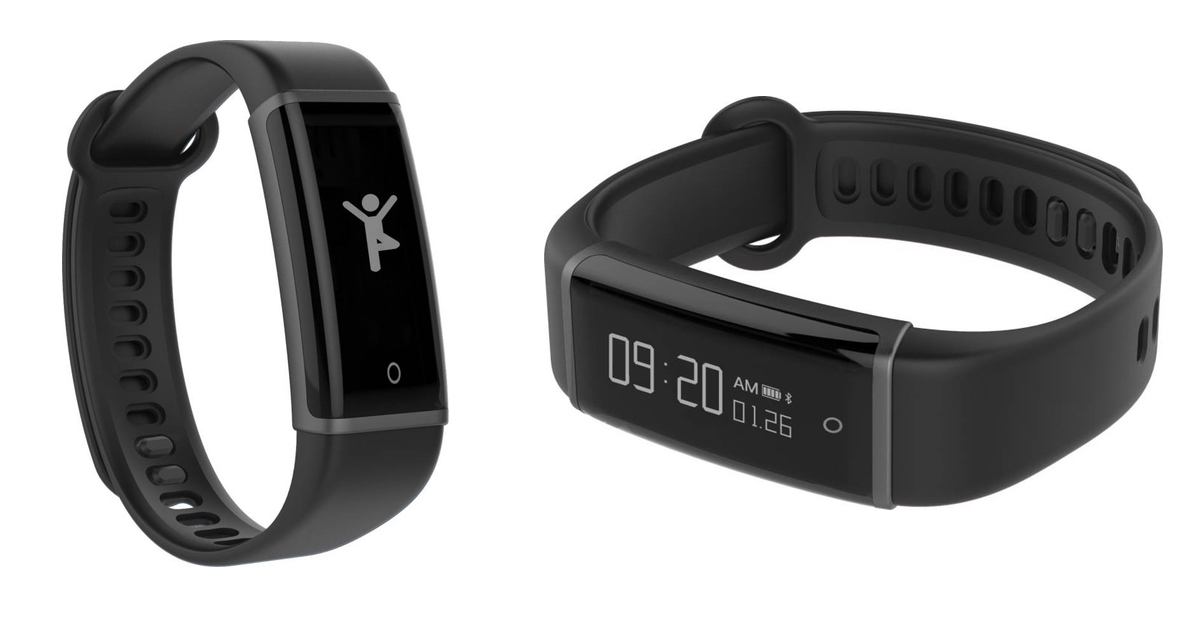 Lenovo launched two new fitness bands in the Indian market, in the last week of April this year. The HX03 Cardio is priced at ₹1,999, while the coloured-display variant HX03F Spectra is a bit expensive. In this post, I review the former and find out if it is worth your money.

The core of the HX03 is a single piece of hardware with a screen fitted in a hard-plastic mold. A touch-sensitive round button is located at the bottom half of the display. The rear houses a rectangular heart-rate monitor sensor. One end features a USB male port, to be used for charging the device.

The strap which holds the primary machinery is made up of silicone. It is detachable from both the ends. The band is worn around the wrist with the help of dual-lock mechanism. 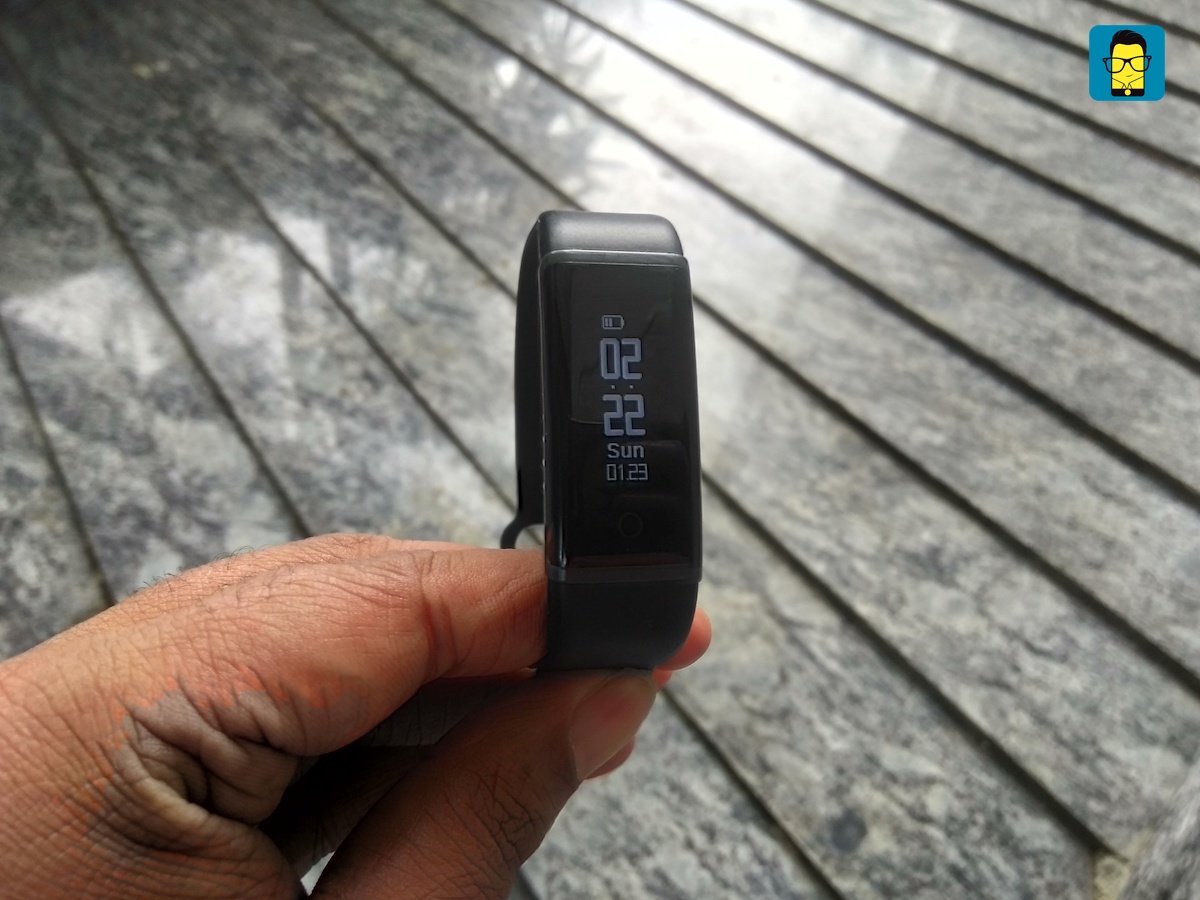 In my opinion, this is a better design when compared to the competitive products in a similar price range because of two reasons. Firstly, the strap and the core hardware are mutually exclusive and can be independently replaced if the need arises. One may argue that the Mi Band from Xiaomi offers the same. It is true, but only to a certain extent, in the sense that Lenovo takes it a step further and makes the two ends of the strap detachable as well.

Now, this may not make any sense as far as replacements are considered since you won’t be buying one end at any instance. But where this does take the upper hand is in the way the machine is attached to the straps. Mi Band had a design flaw, wherein after a fair bit of usage, the oval-shaped cavity in their strap which houses the machinery becomes loose, thus failing to keep the band together as a whole. HX03 Cardio solves that issue. Well done, Lenovo.

Secondly, no extra hardware is required to charge the battery. This is a lifesaver for absent-minded people like me. Plus, one less cable to carry!

The 0.87-inch screen is as basic as one would expect in a budget-friendly wristband. An occasional scratch or two, and you are good; anything more often, and you leave a mark forever. It is dimly lit, ergo tough to apprehend in direct sunlight. 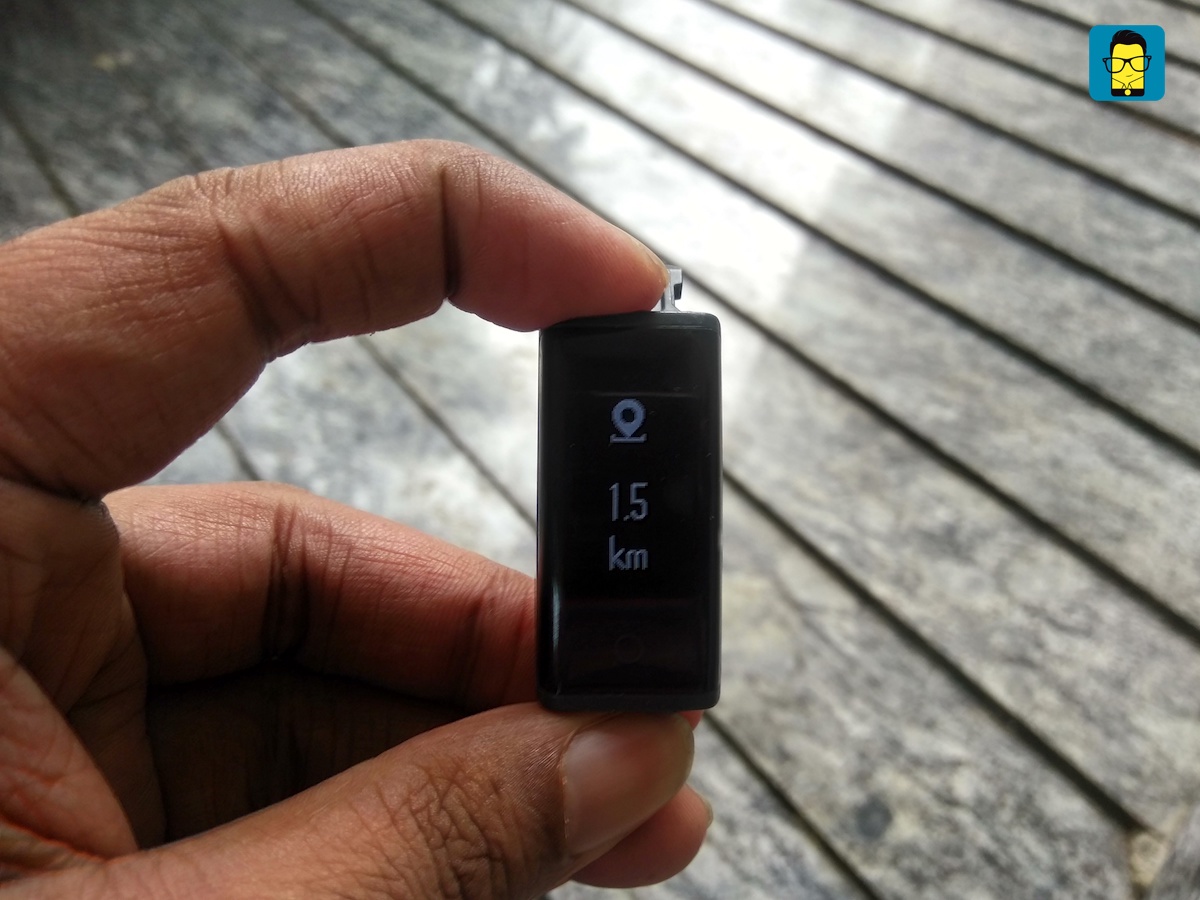 The band offers a host of features at the touch of a button (literally). Ranging from daily step count, distance travelled, calories burnt, heart rate monitoring, and sleep tracking, to notification and call alert, alarm clock, and find my phone. And, it displays the date and time as well. There is also an ‘idle reminder’, which buzzes the band in case one has stayed idle for long.

Most of these features can be tracked and customized via the Lenovo Health app.

I particularly liked the call alert feature, wherein the number of the caller is displayed on the screen while the band itself is vibrating at the same time. In case the number is stored in the Contacts app, and necessary permissions are provided to the Lenovo app, the number on the screen is replaced by a familiar name. Pretty neat, yet not enough! I expect them to go a step further, and utilise the vast database of apps like Truecaller and show that name instead of an unknown range of digits.

Anyway, this can be achieved via a software module without any changes to the hardware, so it is feasible. Hope the developers at Lenovo are reading. 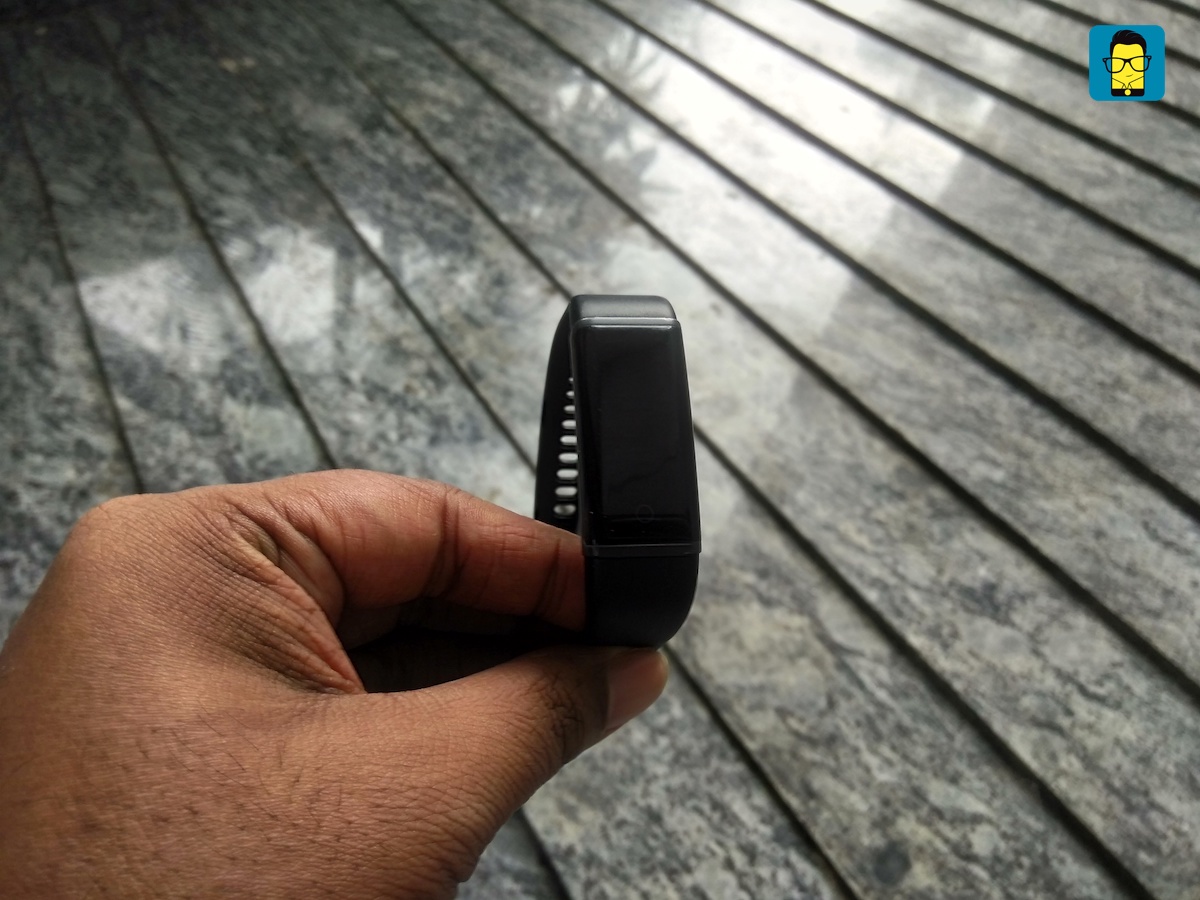 To get the most out of the HX03 Cardio, one must pair it to his smartphone via a dedicated app over Bluetooth. This is straightforward, as one would expect. But there is a catch. Imagine the phone on which you paired the band is inaccessible for some reason (lost, under maintenance, etc.), and you would like to pair the band with the spare phone. One would expect it to be a simple process, but it is not. I tried the same by switching devices intentionally and could reconnect only after I unpaired the band on the older device. Think of it as the Factory Reset Protection that Google gives Android Lollipop onwards. Only there it has an actual use-case! This doesn’t make sense as it is a simple Bluetooth pairing, and needs to be rectified as soon as possible. 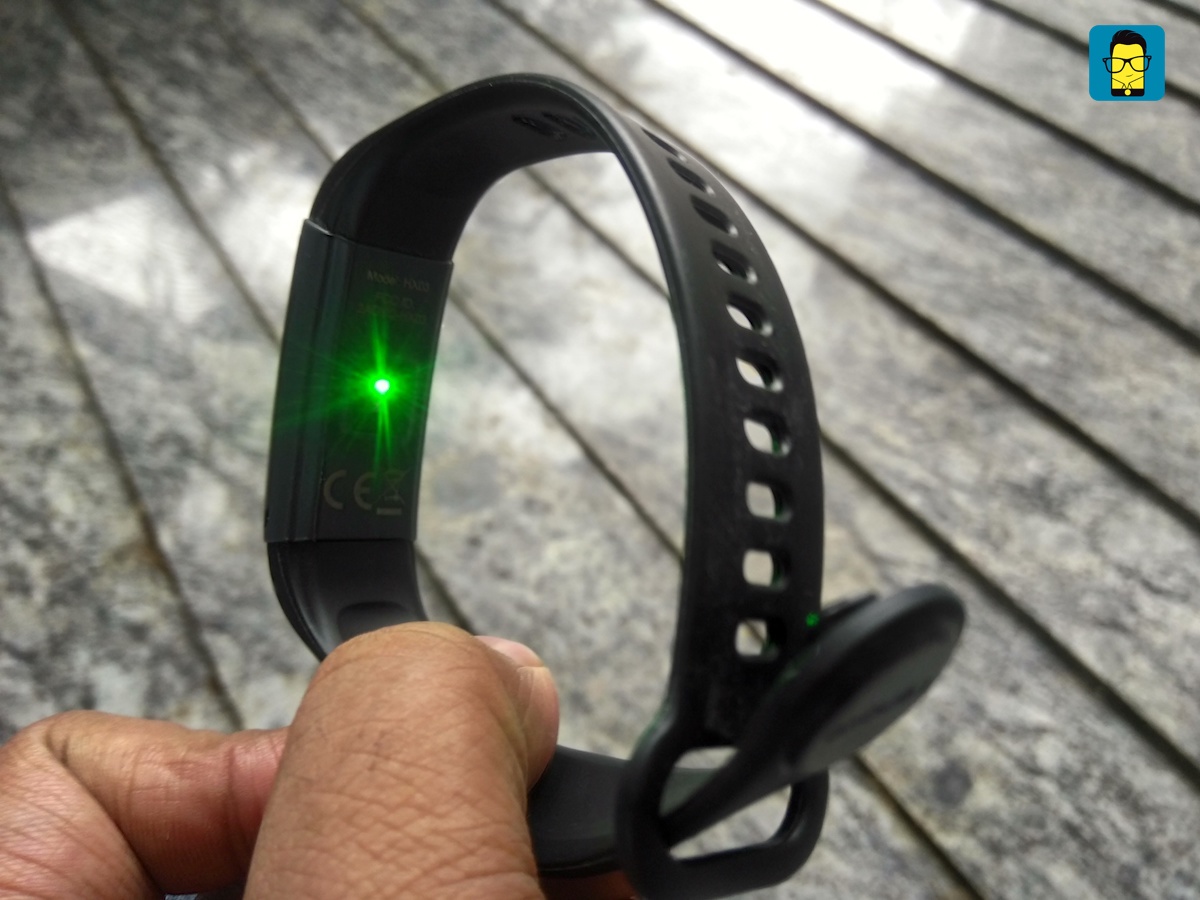 The juice given by the tiny battery on the Hx03 Cardio is surprising. I got around three-and-a-half days of backup when the band was paired with my Android smartphone via Bluetooth. It easily lasts nine-to-ten days if not connected wirelessly.

Lenovo HX03 sounds like a worthy proposition at the price it is offered. It fits right in the range of pocket-friendly fitness trackers which are accurate enough for day-to-day use. If you want anything more detailed, and prefer accuracy along with higher precision (you’d want this if you are a sports enthusiast/professional), then it might not be the right fit for you.

As a tech reviewer, I change my primary smartphone often, hence the HX03 doesn’t fit my need due to the single-device pairing restriction. For normal users, this shouldn’t be an issue.