Lenovo Z5 press renders leaked; the camera is placed on the bottom chin like the original Mi Mix 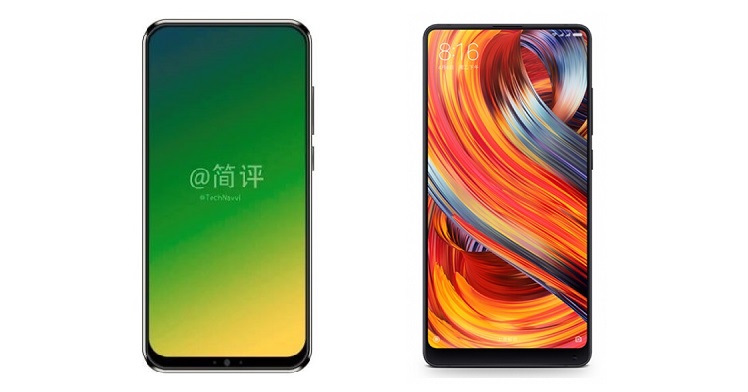 Nothing can’t be kept hidden when it comes to smartphone leaks! A new render leak of the Lenovo Z5 gives us the complete look at company’s much-awaited flagship smartphone. If you have been following our articles on the Lenovo’s upcoming smartphone then you’d know it would be a true bezel-less smartphone. While all the previous leaks came straight from the company official, but this new leak does not.

We now have the clearer look at how Lenovo Z5 would look like when it is launched on June 5. So far we have seen the media invite and artistic renders of the device. They were posted by Lenovo official on Weibo, but now the new leak has popped up on Twitter. And which is why the authenticity of these images can’t be commented upon.

What does these Lenovo Z5 render images suggest?

According to these render images, the device doesn’t exactly look like a complete bezel-less phone. At the bottom of the device, you can see a tiny chin holding the sensors and a camera unit. Apart from placing the camera in the center, this implementation is quite similar to Xiaomi’s Mi Mix smartphone line-up.

But looking at the bright side, this chin is much thinner than on the latest Mi Mix 2S smartphone. And that’s why the claimed 95% screen-to-body ratio makes sense. If you take a closer look at these renders, then, you’d see that the earpiece is nowhere to be found. We are sure there would be an explanation to its mystery. Albeit its chin, the new Lenovo Z5 will set the benchmark for the upcoming bezel-less flagship smartphones.