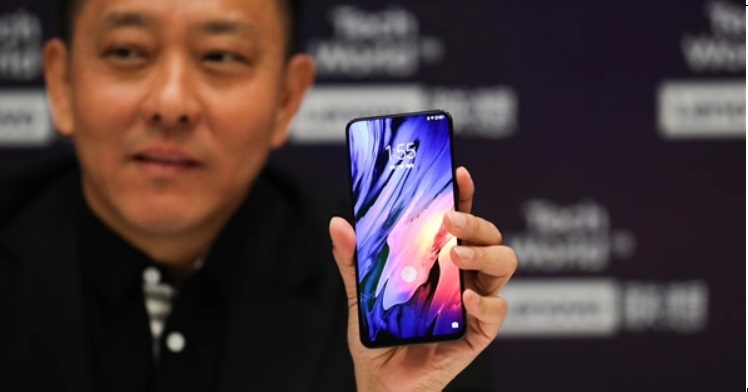 Recently, we saw the notch-less and still bezel-less display of the Lenovo Z5 Pro via a company VP. However, today we have come to know yet another amazing fact about this upcoming device. The phone will have a quadruple rear camera setup and a slide-out selfie snapper. Well, how many cameras are too many cameras?

The quadruple rear camera setup of the phone has been shown to form a square on the back. The placement of the cameras is similar to that of the upcoming Huawei Mate 20. But the flash on the Lenovo Z5 Pro will be placed in the middle of these four cameras instead of the upper left corner, as seen on the Huawei Mate 20.

The text on the poster reads “AI 4 shots” and the phone is all set for a launch this month. We can expect some more teasers coming our way until the phone’s launch. The phone has a stunning design with absolutely absent bezels on the top and almost absent ones on the bottom. Apart from this, speculations are ripe that the phone will come with an in-display fingerprint sensor as well. It has also been said that the phone could have a 100 per cent screen-to-body ratio.

In another news, Lenovo has also been rumoured to have been working on the release of a foldable smartphone. The device could launch in November and if this is true, then we can safely say that the company is making some major efforts at innovation. The Lenovo Z5 Pro would be the first smartphone by the company to have so many cameras along with the latest in-display fingerprint sensor technology.

Do you think that the Lenovo Z5 Pro would take over the market soon? Let us know in the comments section below. Stay tuned to Mr. Phone for more updates.