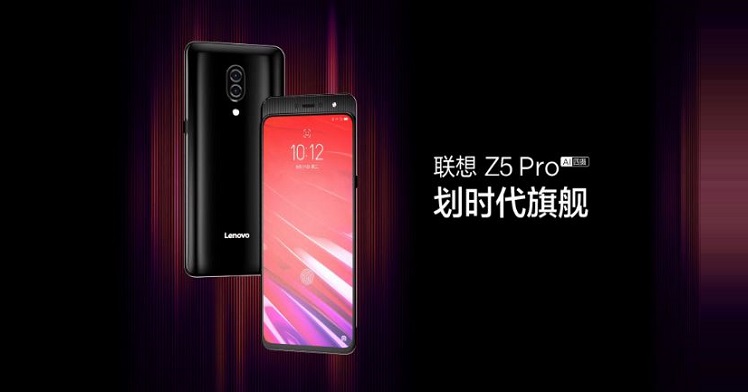 Lenovo, the Chinese smartphone maker has introduced its flagship smartphone dubbed as Z5 Pro in China today. The smartphone maker has been teasing this handset for quite a time on China’s microblogging website, Weibo. Lenovo has been absent from the premium smartphone arena for quite a time, but that’s about to change with its Lenovo Z5 Pro. The Lenovo Z5 Pro price in China for 6GB + 64GB model will start at 1998 Yuan, which is approximately Rs 21,000. Whereas the 128GB model will cost you Rs 24,000 (2298 Yuan).

Sporting a large 6.39-inch OLED display, the Lenovo Z5 Pro offers a bezel-less display. There is no notch and it’s all thanks to the slider camera design. After the Xiaomi Mi Mix 3 and Honor Magic 2, the Lenovo is the latest manufacturer to implement this mechanical slide-out design. Of course, OPPO was the first to come up with this design on its Find X.

The display resolution of the new Lenovo Z5 Pro now stands at 2340 x 1080 pixel resolution. The aspect ratio of the screen is at 19.5:9. This allows a screen to body ratio of 95.06%, which is truly amazing. Further, know that the display supports HDR10 complaint content. It is a 600 nits brightness display and DCI-P3 compliant as well. 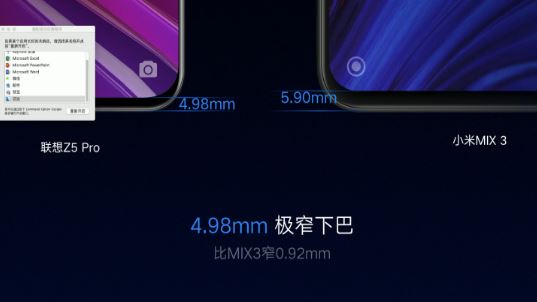 Talking about the internals it will be powered by a Qualcomm Snapdragon 710 AIE Turbo processor. The device would be offering up to 8GB of RAM and up to 256GB of internal storage. The Z5 Pro would be running on the ZUI 10 custom user interface, which is teased to be the most advanced ZUI yet with lots of AI-enabled improvements.

Lenovo demoed on stage that its slider doesn’t make noise when compared to the Mi Mix 3. They also claim to have tested the reliability of the slider for up to 300,000 back and forth rounds. For audiophiles, it comes with dual stereo front firing speakers as per what Lenovo demoed on stage. Talking about the biometric security, it comes with an in-display fingerprint sensor. 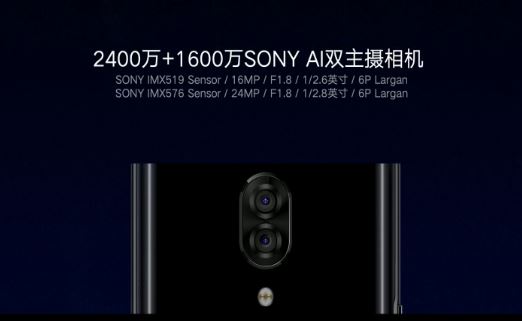 As far as the camera department is concerned, the front camera setup includes a 16MP + 8MP dual camera setup. Talking about the rear camera, it will sport a dual camera setup of 16MP + 24MP, these lens modules would sport a f/1.8 aperture and have a 6P lens setup. Both of the setups, front and rear, would be heavily assisted by the AI for better scene detection, bokeh shots, and portrait shots as well.

With the help of 1170+ local tone mapping, the camera setup claims to pull off some stunning HDR shots. The portraits will offer more depth and landscapes will give wider coverage on these cameras, as per Lenovo. The Lenovo would be powered by a 3300mAh capacity battery and support fast charging with 18W charger.