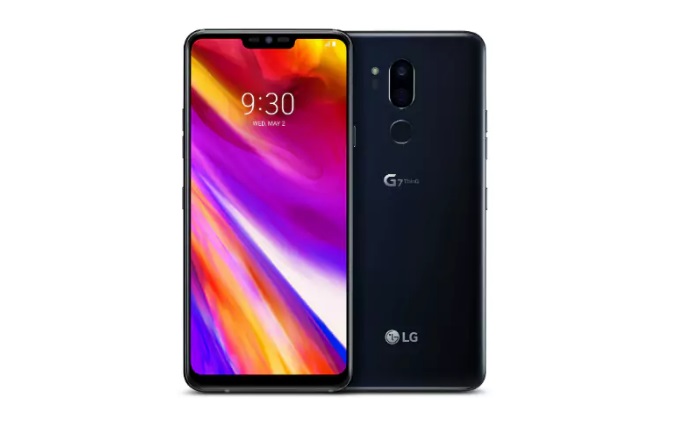 LG is eyeing to launch the LG G7 ThinQ this year. Against our expectations, the company didn’t release the device at MWC 2018. It launched the LG V30S ThinQ instead and faced many curious eyes after that. However, today we are going to discuss in depth the LG G7 ThinQ which will be the company’s prominent flagship for 2018.

What we are hoping for this phone is the rise of LG as an innovator. The company has tried innovating quite a few times, see the LG G5 for example with a modular bottom or the LG G6, the first smartphone to have an 18:9 aspect ratio display. The LG G7 ThinQ will launch on May 2 and just a few days before its launch, the device has surfaced multiple times today.

LG G7 ThinQ is coming in a few days and the company has started publicising it on the internet now. The teaser shows a Korean celebrity band called BTS, talk about the phone. The band members are shown talking about the partnership between BTS and LG. They are also seen talking about the awesomeness of the upcoming LG G7 ThinQ. Sadly, no spec or feature of the phone has been revealed in this teaser. Another video from LG only showcases “Let the countdown begin” and we get no other detail about the device.

Apart from this, Evan Blass has leaked the official press renders of the LG G7 ThinQ. The render shows the Black coloured variant of the phone quite closely. The notch, vertical camera setup on the back and LG’s branding are still very much a part of this phone. An additional button to kickstart a virtual assistant can also be spotted in the images.

Adding to the leaked information, Slash Leaks has shared a shot of the phone has shown something tremendous. The LG G7 ThinQ will have a functionality to turn off the notch, just like the Huawei P20 Pro. Users will also be given an option to choose between the rounded or edgier corners around the notch. Also, a colour option in Settings of the phone will allow you to change colours of the Home Screen and the other inbuilt apps.

The specs of the phone leaked during MWC when a hands-on video surfaced on the internet. The device is likely to sport a 6.1-inch display with a resolution of 1440 x 3120p. The phone has also been speculated to have an unusual 19.5:9 aspect ratio display with an MLCD+ panel.

This new panel’s RGBW matrix contains a white sub-pixel (the colour of much online text background). It is allegedly capable of high, 1000-nit brightness while consuming 35 percent less power than standard IPS LCD panels. This information has not been proven but if LG is really adding it to the LG G7, the phone will become the first device to have such a panel. It will be IP68 certified with dust, water and impact resistance. 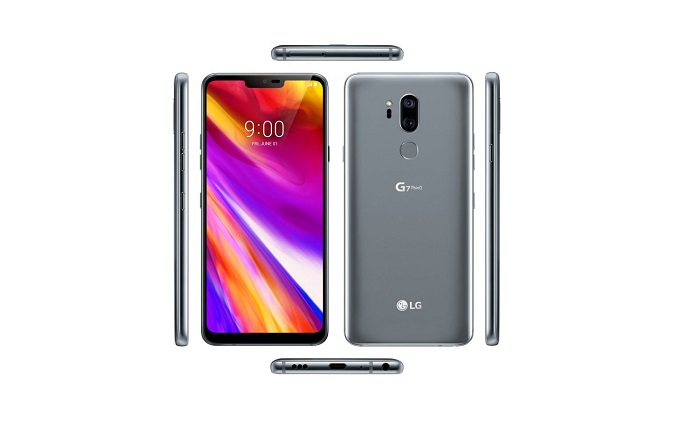 The device will run on the latest Qualcomm Snapdragon 845 processor with 4/6GB of RAM and 64/128GB of ROM respectively. The phone will also carry the signature notch (of iPhone X) and dual rear cameras with 16MP + 16MP sensors with a f/1.6 aperture. Further, it is believed to sport a 3000mAh battery with a support for wireless charging and boombox speakers. Do you find these specs impressive?

The LG G7 ThinQ is launching in May this year. The May release date might have given ample time to the company to create a great device, but there is another challenge that’ll come its way. That is almost the time when the OnePlus flagship is coming.

When released at MWC alongside the S9/S9+, the phone would have been a Galaxy S9 competitor at a lower price. Now when released alongside the OnePlus 6, it will look like a OnePlus 6 competitor but with an expensive price tag. Now, this might not make such a big difference but since the hype for OnePlus devices is usually so high, the LG flagship could easily get overshadowed.

We do hope that the phone comes as a breath of fresh air and innovation, of course. Do you find the LG G7 ThinQ appealing? Let us know in the comments section below.