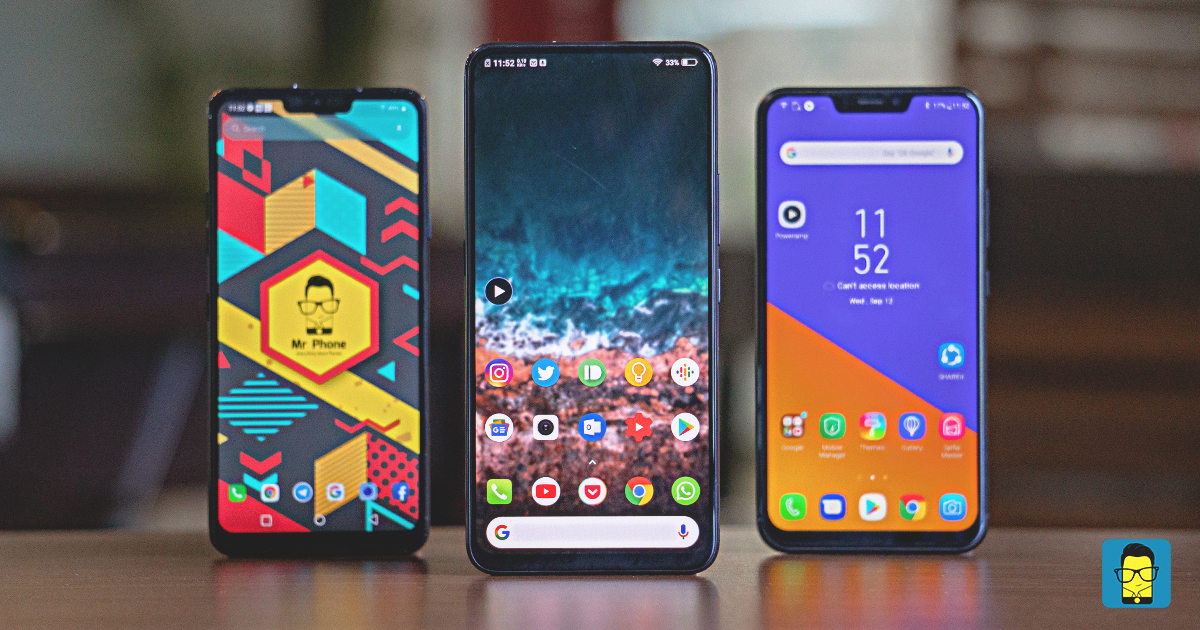 I know that a massive chunk of the music listening audience is moving towards a wireless future. But, as far as audiophiles are concerned, the headphone jack and wired audio is still the holy grail of good audio performance.

While a Digital Audio Player (DAP), or a dedicated high-quality Digital-to-Analog Converter (DAC) for phones, is good enough to improve the sound quality of your smartphones, it is still not the ideal portable solution. Because when you have either one of these products, it is still one extra device to carry around along with your smartphone. What if your smartphone had a good DAC+AMP setup inside the phone itself?

Therefore, I am going to compare three flagship Android phones from 2018 touted for their audio prowess. The phones in this comparison are the: LG G7+ ThinQ, Asus ZenFone 5Z, and the Vivo Nex. 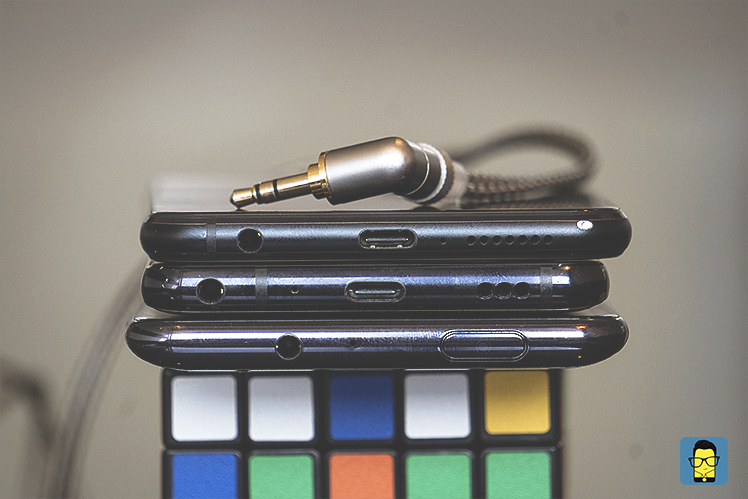 Most phones with a Qualcomm Snapdragon 845 SoC use the in-built DAC for audio delivery through the earphones. But, the ZenFone 5Z goes one step up and adds an NXP 9874 amp. Technically, this improves the amplification and makes it louder than most other phones in its price band. But the sound signature is still dependant on the SD 845’s built-in DAC.

On the other hand, the LG G7+ ThinQ and the Vivo Nex use dedicated DAC setups. You get an ES9218P Sabre Hi-Fi DAC on the G7+ ThinQ, which comes with amps of its own. In comparison, the Nex uses a Cirrus Logic CS43199 solution.

For testing purposes, I used the FiiO FH5 as my reference pair of earphones. It has a fairly neutral sound signature with a tight bass response. For testing parity, I stuck to using Poweramp as my choice of player on all the three phones. I used Poweramp’s default settings with no changes to the equaliser. 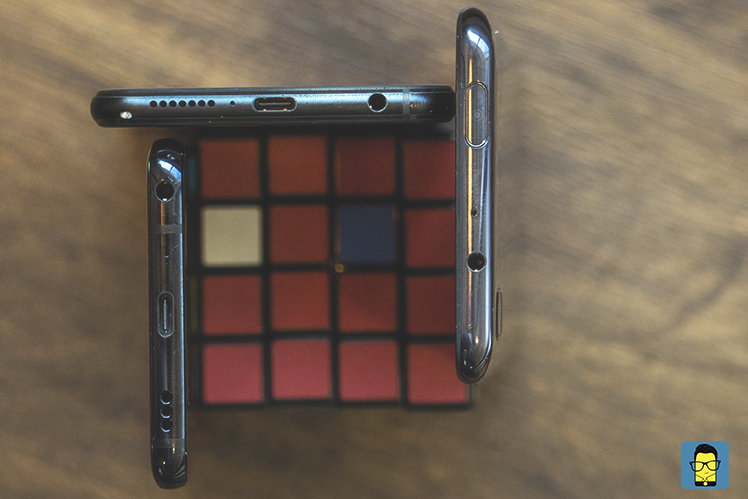 And, the songs – FLAC files – used for testing were:

Here’s the thing though, this is the first time we are attempting something like this at Mr. Phone. Therefore, we haven’t created frequency graphs or charts by using a fancy Head Accoustics microphone or a model head setup, which costs a bomb by the way. You will have to trust my ears, which I have trained for years on these specific songs. Although, I can assure you that I’ve tried to be as accurate as possible for your benefit.

To start off, let’s understand the sound signature of all the three phones. The Sabre DAC inside the  G7+ has a very clinical approach to audio delivery. It has a clean, tight response that offers the most detailed sound of the three phones. But, the Vivo Nex makes up for the slight lack of details with a musical, more approachable sound. This is the one everyone is going to pick as the best sounding phone right off the bat. However, that is a subjective opinion anyway. 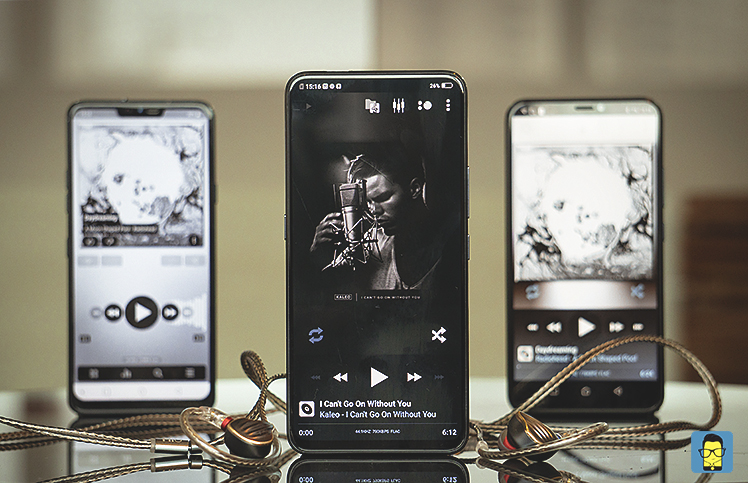 For example, in Rahman’s Oscar-winning Liquid Dance from Slumdog Millionaire, you will notice that Vivo’s DAC gives a lot of emphasis to the quartet section. The moment it kicks in around 20 seconds, you are going to feel the vast soundscape immediately. This is an immediately impressive sound signature to hear.

The ZenFone 5Z, on the other hand, can get loud but it feels slightly dull and lifeless in comparison to the dedicated DAC on the other two phones. This was expected.

P.S. in case you are wondering, all the three phones can drive the FiiO FH5 with ease. It is a very easy pair of IEMs to drive anyway. I really wish I had a pair of high impedance headphones to try out with the phones, but this is not a bad alternative anyway.

Iceland has given the world some of the best rock acts. From the avant-rock Sigur Ros to the blues/rock darlings Kaleo, I can’t even begin to highlight how awesome Icelandic rock music is. And rock benefits from a detailed, resolving sound signature. That’s why the G7+ Sabre DAC simply excels in this regard. 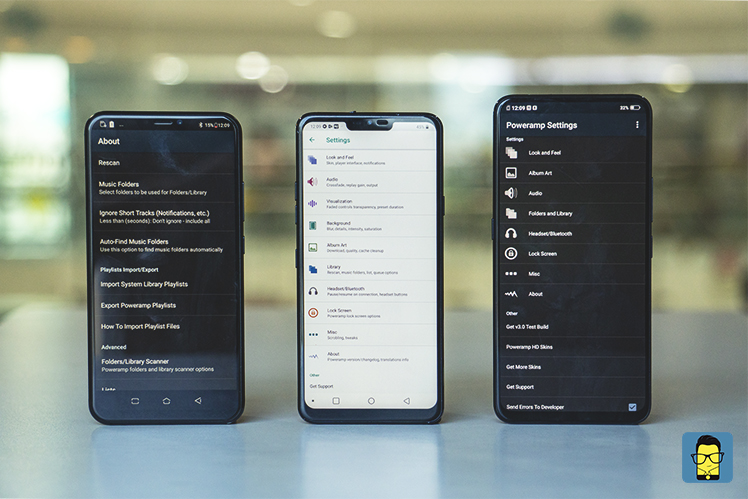 As far as the spatial separation of sound or in audiophile parlance “sound staging” is concerned, it is stupendously good on the LG G7+ ThinQ compared to the other two phones. For example, in the song – I Can’t Go on Without You – the guitar piece is placed on the left channel and it sounds like it is coming from somewhere slightly far away. Whereas, the vocals come from the mic in the center. The Nex presumes that the vocals are coming from the right channel and places it bang in the center of that channel. Therefore, it feels jarring. The G7+  is the phone that creates an accurate reproduction of the whole soundscape beautifully.

How does the ZenFone 5Z perform? In this context, poorly. It is a very closed soundscape that lacks any sort of dynamics. This is where you realise, the 5Z would’ve probably benefited from a dedicated DAC. I am still not complaining, though, considering the 5Z is the most affordable phone in the lot.

Now instrument separation in songs is a tough task for entry-level audio gear. The FiiO FH5, not so much. Therefore, when it was paired with the G7+, I was least surprised at the obviously exemplary instrument separation when coupled with the FH5. One of my favourite songs of this generation has to be Daydreaming by Radiohead. This crackerjack of a recording uses a piano motif that overshadows the breathy vocals of Thom Yorke deliberately. It is a rock ballad that required some intense orchestration, which includes the low growl of multiple Cellos further accentuated by glitchy backing vocals. It can get intense, very intense. The first time I heard the song on a pair of earphones that could do justice to what Radiohead intended, I think I had tears in my eyes.

I am not even kidding, a tear or two rolled down my cheeks when I paired the FiiO FH5 with the G7+ as well. 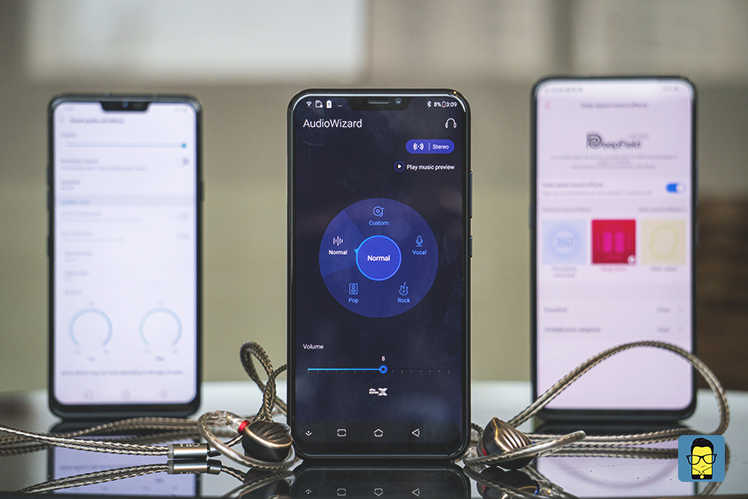 I have no words. The instrument separation, the details, the clarity, the dynamics, the transitions, all of it is just hit the right note for me. Especially the instrument separation, because I could hear every note of the piano with the utmost clarity and the glitches were never bothersome. In fact, it added the character that this complex song so rightly deserves.

I don’t even want to talk about the performance on the Nex or the ZenFone 5Z, because it wasn’t even remotely as good. The Nex tries hard but the muddied instrumentation sort of killed the joy of such a beautiful song.

In The Pretender by Foo Fighters, there is a very heavy influence of the percussions and cymbals. So much so that, It so happens that the FiiO FH5 has a treble peak at the higher frequencies that can get annoying at high volumes. And on the LG G7+, it just gets exasperated. I had to really bring down the volume to ensure I don’t get a headache. Thankfully, there is no sibilance whatsoever. So, that’s good. The Nex manages to keep the treble peak in check but it is still piercing.

The ZenFone 5Z has far fewer details and depth in the sound. And therefore, the highs actually sound muffled and recessed.

Overall, I prefer the Vivo Nex’s control over the high frequencies. 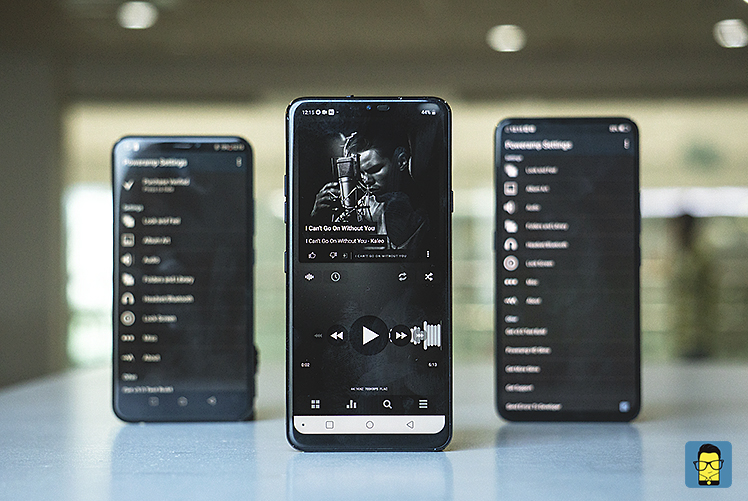 For the mids section, we shall come back to Kaleo because honestly, I love JJ Julius Son’s heavy-hitting vocals. I am convinced that the G7+ ThinQ once again has the tightest response even in the mid-range frequencies. The Nex comes a close second and the ZenFone 5Z comes in third. If you listen to a lot of acoustic stuff though, the Nex can add a lot of feel to the song with its grandiose musical signature. So, that’s definitely an advantage.

Honestly, I noticed that the SD845 chip inside the ZenFone 5Z had no weight or depth to its sound only when I heard Daft Punk’s masterpiece Lose Yourself to Dance. The song starts with a sizzle that is extremely beautifully recreated by the LG G7+ ThinQ. The Nex cannot match up to the LG in this regard. But once again, the Nex’s musical recreation of sound is so heartwarming that I was evidently “losing myself to dance” when listening using the Vivo phone. 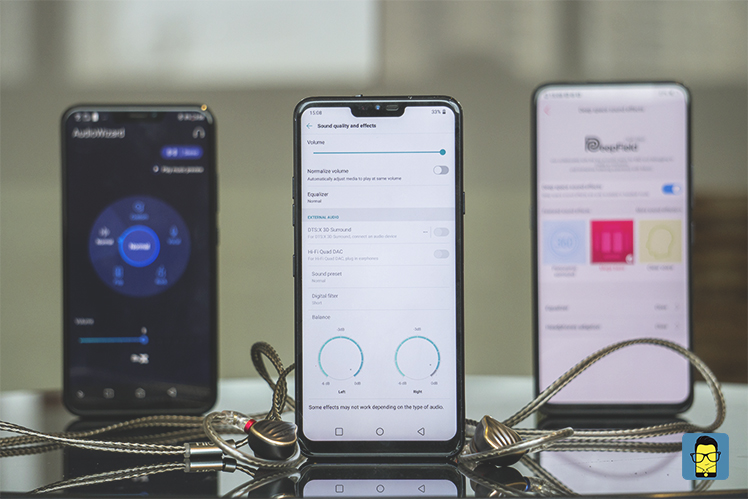 The underlying bass line in the song is bigger and richer in G7+. The G7+ does a good job of being accurate and precise in its delivery. The switch between silence and sound is far better detailed on the G7+. This could have something to do with a better control over noise-floor. However, once again, the Nex impresses with its highs, which is immediately apparent when Robinson, the percussionist, slams the cymbal with a heightened fervour at regular intervals. But when it comes to detail and clarity, the G7+ is still the reigning champion in my opinion.

We’ve come to the end of the comparison, one that was solely focussed on the audio quality of the best Android flagships for audio performance out there. I am convinced that the LG’s DAC game is super strong, one that will take some effort to dethrone. But, the Vivo Nex’s Cirrus Logic DAC is a pleasant surprise. No wonder then that it is a darling of the audiophile community over at Head-Fi. The ZenFone 5Z’s audio performance is governed by the amp. It helps in improving the gains and that’s that. The sound quality is what I’ve come to expect from a typical SD 845 SoC, which is not bad but not exceptional either. 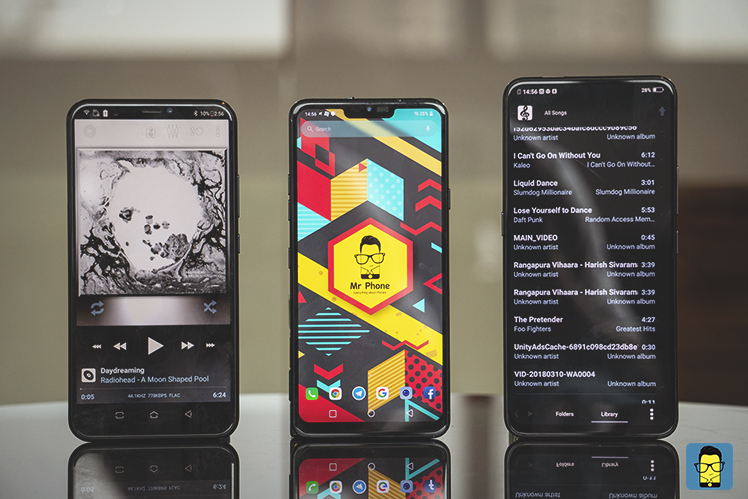 If I have to find an analogy.

So what do you guys think of our audio review of the three phones? Do let us know in the comments section below.